Prime Minister Justin Trudeau rejected U.S. President Donald Trump’s suggestion to expand the membership of the Group of Seven to include Russia, saying the country was excluded after it invaded Crimea and it will stay that way.

“Russia was excluded from the G7 after it invaded Crimea a number of years ago and its continued disrespect and flaunting of international rules and norms is why it remains outside of the G7 and will continue to remain out,” Mr. Trudeau said Monday.

On Saturday, Mr. Trump said he was postponing a meeting of the G7 he planned to hold in June until the fall. He also said the group’s membership should include Russia, Australia, South Korea and India.

Mr. Trump told reporters he believes the group is “very outdated” and does not represent “what’s going on in the world.” He has not set a date for the rescheduled meeting, but thought it could take place in September or after the U.S. election in November.

The G7 includes Canada, France, Germany, Italy, Japan, Britain and the U.S. The presidency rotates annually among member countries. The European Union can attend summits but cannot hold the presidency. Russia had previously been part of the bloc of eight countries, but was removed after its annexation of Crimea.

The press office of the Russian embassy in Canada said that Russia is “open for dialogue in any form and believes that the G20 format is much more effective and comfortable for key world economies to take real decisions addressing modern complex challenges.”

“As for the recent US proposal, there are more questions than answers.”

The G20 is a group of 19 countries and the EU, which together represent the world’s major economies, every continent and different levels of development. ​

Senator Peter Boehm, who previously served as a G7 sherpa for Mr. Trudeau and former prime minister Stephen Harper, said he is not surprised Mr. Trump is raising the prospect of Russia joining the group because he has done so before.

Mr. Boehm remembers Mr. Trump raising it at the G7 meeting in Charlevoix, Que., and other leaders disagreeing with him.

“Since there haven’t been significant changes in Russian behaviour since, certainly with respect to that original rationale, then there is a view amongst the G7, that G7 is just fine,” he said.

Mr. Boehm said it is also tradition in the G7 to invite other countries to join on the second day of the summit, and that it is up to the host to decide which additional countries to invite.

“It’s not clear to me, at least from President Trump’s statement, whether he is looking at a second-day addition with a first G7 conclave. This we don’t know. The four countries that he’s suggested are all members of the G20. So, it begs the question of whether to have a G7 at all.”

Mr. Trudeau did not say whether he would take part in a meeting if Russian President Vladimir Putin were invited, instead saying there are “still many discussions to be had” on where and how the meeting would take place. He still has not committed to attending in the fall.

“The G20 is a forum in which we regularly have exchanges across various countries that we don’t necessarily have great relations with, but the G7 has always been a place for frank conversations amongst allies and friends who share so much. And that’s certainly what I’m hoping to continue to see.”

Bruce Heyman, former U.S. ambassador to Canada, said the U.S. President is facing multiple challenges including anti-racism protests, the deaths of more than 100,000 Americans due to the coronavirus and millions out of work.

He said Mr. Trump is trying to “divert attention” away from those challenges by talk of inviting Russia and postponing the meeting. Mr. Trump has been urging the American people to “get out” and it is difficult to promote going out if other leaders agree only to meet by video, he said.

“And if there’s ever a more critical time to bring the G7 together, this is it."

John Kirton, director of the G7 Research Group and professor at the University of Toronto, shared that sentiment. Mr. Kirton said Canadians are still dying of COVID-19 and international co-ordination is needed. 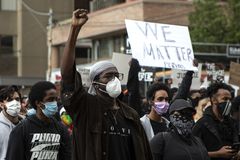 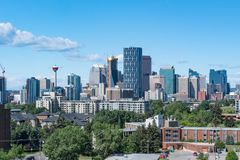 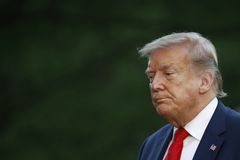