Two-and-a-half minutes off the top at a meeting of mayors didn’t match the tone of the moment. On Tuesday morning, Justin Trudeau’s fabled ability to wield symbols, including the symbols of reconciliation with Indigenous people, felt like a faded power.

The moment, in terms of national symbols, was a dawning, horrific realization of suppressed trauma that came after the Tk’emlúps te Secwépemc First Nation announced it had found the remains of 215 children on the site of the former Kamloops Indian Residential School in B.C.

On Tuesday, Mr. Trudeau was opening a meeting of mayors, smiling, giving shout-outs to retiring big-city leaders, before he switched – “First and foremost,” he said – to a 2½-minute statement about the failure of residential schools, and the national need for reconciliation. And then he went back to the urban agenda.

The Kamloops residential school’s unmarked graves: What we know about the 215 children’s remains, and Canada’s reaction so far

The meeting of the Federation of Canadian Municipalities just happened to be where the Prime Minister was scheduled to be, of course, and it’s not like the Prime Minister had to cancel, or say nothing about municipal matters. And Mr. Trudeau had already spoken about it the day before, at a news conference about something else, acknowledging that the mass grave “was no isolated incident,” and pledging “concrete” actions without specifying what they might be. He ordered flags to fly at half-mast. On Tuesday, he laid flowers at a makeshift memorial at the Centennial Flame at Parliament Hill. In the evening, Mr. Trudeau spoke briefly at a take-note debate in the Commons.

But somehow, Mr. Trudeau’s statements didn’t have the size or the consequence to live up to the shock of a mass grave for children. For many Canadians, that has been followed by the jarring realization that the discovery was not really a surprise, and that more graves are likely to be found at many more residential school sites. A Vancouver tribute of 215 shoes was echoed by people leaving shoes on steps of buildings in many places across Canada.

The trauma of Indigenous children, and Indigenous communities, was made vivid for the country. It was Mr. Trudeau’s task to say where the country goes from that.

This might have been the time for a national address, and for Mr. Trudeau to vow that the government will step up to fund a Canada-wide search for the remains of children buried at residential schools, as a step to national accountability, and toward reconciliation.

Instead Mr. Trudeau spoke of meeting ministers to discuss unspecified next steps rather than using the powerful symbolism of uncovered truth to muster political will.

It’s no secret now that the 2015 promise hasn’t been kept. Mr. Trudeau’s Liberals have devoted significantly larger budgets to Indigenous services. But the Yellowhead Institute concluded in a 2020 accountability report that only eight of the Truth and Reconciliation Commission’s 94 calls to action have been completed.

Five of the six calls to action about missing children and documenting and protecting burial sites haven’t been completed, although Ottawa did budget money for a National Residential School Student Death Register. The truth side of the agenda is still full of unfinished business, let alone the reconciliation.

Maybe prime ministerial statements don’t matter so much given that, and Mr. Trudeau certainly knows that when he talks about reconciliation in 2021, he gets asked why the federal government is still fighting some residential school survivors’ claims for compensation in court.

But there is already a public response, symbolized by the shoes left on steps.

“It is important to express support and solidarity with symbolism,” said Eva Jewell, a Ryerson University sociology professor and member of the Chippewas of the Thames First Nation who co-authored the Yellowhead Institute’s report of the government’s progress on the Truth and Reconciliation Commission’s calls to action. “It can’t stop at symbolism. There has to be political will to implement change.”

That was supposed to be who Justin Trudeau was: the leader who wielded potent symbols to promise change. But when the mass grave in Kamloops created a shock that called for a leader to respond, Mr. Trudeau didn’t meet the power of the moment. 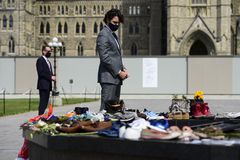 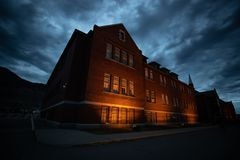 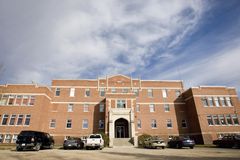