Court documents obtained by The Globe and Mail show that Kathleen Roussel, director of public prosecutions, had informed SNC-Lavalin on Sept. 4 that she intended to proceed with a prosecution on bribery and fraud charges against the Montreal-based engineering giant stemming from its business dealings in Libya.

Mr. Trudeau has repeatedly said he told Ms. Wilson-Raybould in a Sept. 17 conversation that the decision on the SNC-Lavalin prosecution was hers alone to make, but that concerns were raised about the economic impact of a conviction.

Under Canada’s new deferred prosecution agreement law, the prosecution service is not allowed to consider national economic interest in deciding whether to settle when a company faces charges under the Corruption of Foreign Public Officials Act. A conviction for SNC-Lavalin would mean a 10-year ban from federal contracts.

The Globe reported on Feb. 7 that senior officials in the Prime Minister’s Office (PMO) put pressure on Ms. Wilson-Raybould to shelve the charges against SNC-Lavalin. She refused. In January, she was demoted by Mr. Trudeau to the Veterans Affairs portfolio, which she resigned from last week.

The Prime Minister’s director of communications, Cameron Ahmad, said “for the time being I don’t have anything further” to say when asked if Mr. Trudeau was aware of the prosecutor’s decision when he spoke to Ms. Wilson-Raybould on Sept. 17.

On Tuesday, the former minister made a surprise appearance at a cabinet meeting and accepted the Commons justice committee’s invitation to testify.

The SNC-Lavalin controversy has led to the resignations of Ms. Wilson-Raybould as well as Mr. Trudeau’s principal secretary, Gerald Butts, amid opposition calls to have all the key players in the SNC-Lavalin affair testify publicly and for the Prime Minister to waive solicitor-client privilege. Federal Ethics Commissioner Mario Dion has also launched his own probe into the matter.

“If SNC-Lavalin had already been denied a special deal through an independent process and then the Prime Minister met with Ms. Wilson-Raybould to reaffirm her authority, the message to her would seem clear – that he’s not happy with the decision and that she should get involved,” she said.

In surprising development on Tuesday, Ms. Wilson-Raybould – at her request – met with her former ministerial colleagues in a closed-door cabinet meeting and emerged to say she was still trying to determine what to say without violating solicitor-client privilege.

“As I think people can appreciate or should appreciate, the rules and laws around privilege, around confidentiality, around my responsibility as a member of Parliament, my ethical and professional responsibilities as a lawyer are layered and incredibly complicated," Ms. Wilson-Raybould told reporters.

Asked whether she was put under pressure by the PMO, she said was still consulting with her lawyer, former Supreme Court of Canada justice Thomas Cromwell.

The Liberal-dominated House of Commons justice committee also voted to call her to testify in hearings but rejected opposition calls to have Mr. Butts and other senior PMO officials appear.

“I am very disappointed that we are not going to be hearing from anybody in the Prime Minister’s Office whatsoever especially since Mr. Butts [Monday] gave a blanket denial” of political interference, Ms. Raitt said.

Ms. Wilson-Raybould said she would appear before the committee, but was unsure how much she could reveal about what transpired because of solicitor-general privilege.

Opinion: When Wilson-Raybould speaks out, will the Liberals try to control or counter it?

The Liberal government has given changing story lines since The Globe reported on Feb. 7 that Ms. Wilson-Raybould was unwilling to shelve the prosecution.

At first, the Prime Minister described The Globe story as false, saying he had not directed Ms. Wilson-Raybould to squash the prosecution. The Globe never reported that anyone had directed her to abandon the SNC-Lavalin case.

Senior government officials, speaking on background, then told The Globe and other news outlets that they had vigorous and robust talks with Ms. Wilson-Raybould about the matter, but said that should not be construed as political pressure. Later, senior Liberals anonymously attacked her credibility and reputation.

On Friday, Mr. Trudeau said he told Ms. Wilson-Raybould on Sept. 17 that the decision on the SNC-Lavalin prosecution was hers alone to make. He has characterized this exchange as evidence he did not put pressure on her to allow the Quebec company to avoid prosecution. He acknowledged that she did ask him if he was directing her or going to direct her to make a decision.

Lobbying records show the day after the Trudeau-Wilson-Raybould conversation, SNC-Lavalin representatives held a meeting with Michael Wernick, the Clerk of the Privy Council, the country’s top public servant and right-arm of the PMO. Mr. Wernick’s office did not respond to requests for comment.

Documents filed at Federal Court show SNC-Lavalin had been notified in early September that its bid for a deferred prosecution agreement, also called a remediation agreement, had failed.

A letter from Public Prosecution Services Canada – filed in the SNC-Lavalin court case seeking a judicial review of the decision to prosecute – shows that company lawyers were first informed of Sept. 4 that the government intended to go ahead with the prosecution. The documents say this had been “communicated to” the Quebec company’s lawyers on that date.

The Oct. 9, 2018, letter from Richard Roy, counsel for director of public prosecutions, Kathleen Roussel, was sent to SNC-Lavalin’s outside lawyers Frank Iacobucci, a former Supreme Court of Canada judge, and William McNamara.

The letter states that Ms. Roussel had not changed “her decision not to issue an invitation to negotiate a remediation agreement to your client, regarding the charges it currently faces, as communicated to you on September 4, 2018.”

“Therefore no invitation to negotiate a remediation agreement will be issued and as a result crown counsel shall continue with the prosecution in this case,” the letter added.

In the Senate, Conservative Leader Larry Smith introduced a motion Tuesday that would launch an investigation by the Senate’s legal and constitutional affairs committee.

The motion is likely to be put to a vote later this week but it is not clear whether there is enough support for it to be approved by a majority in the Senate.

In the Commons on Tuesday, opposition parties pressed for an independent public inquiry into the SNC-Lavalin Affair, arguing that the Commons justice committee is not up to the task and that the Ethics Commissioner’s mandate is too limited.

“The way in which this story has unfolded – with almost daily changes to the Prime Minister’s version of events, with high-profile resignations, with anonymously sourced smear campaigns, and with co-ordinated cover-up manoeuvring – suggests this is not an ordinary political scandal,” Conservative Leader Andrew Scheer said in the Commons.

He said Parliament needs to get to the bottom of “the alarming possibility that the Prime Minister’s Office exerted its power to influence the administration of justice” in Canada.

“Or, to put it another way, when the Justice Department said ‘No’ to SNC-Lavalin, the Prime Minister’s Office wouldn’t take ‘No’ for an answer.” 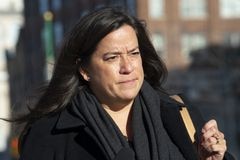 Opinion
When Wilson-Raybould speaks out, will the Liberals try to control or counter it?
Subscriber content
February 19, 2019 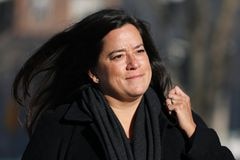