Prime Minister Justin Trudeau says Canada and the United States have agreed to extend the partial closure of the border for another 30 days to protect citizens in both countries against the spread of COVID-19.

Speaking to reporters outside his home Tuesday morning, Mr. Trudeau said in French that the border is a source of “vulnerability” for the country and that provincial leaders have made it clear that they want to keep the current measures in place.

“This is an important decision that will keep people in both of our countries safe,” said Mr. Trudeau.

Non-essential travel across the border was first restricted to all on March 21 for a 30-day period in an effort to stem the transmission of the novel coronavirus. The restriction was extended until May 21, and has been extended again until June 21. Sources told the Globe and Mail last week that Canada asked for the 30-day extension and they were confident Washington would agree.

Some provinces, including Ontario and British Columbia, have emphasized their opposition to reopening the Canada-U.S. border until health authorities say it’s okay to do so.

The partial closure of the border does not affect essential travel, such as truck and rail traffic carrying food and goods essential to supply chains, as well as travel to get to work. Flights between both countries continue.

The closure has left many couples and family members anxious for the measures to be relaxed, as it has forced them apart for months. In one case, a U.S. man was told travelling to Canada to attend the birth of his son is non-essential.

Mr. Trudeau wouldn’t say when Canada will open its border with the United States, saying only that during the course of the rapidly changing situation, his government is making decisions on a week-to-week basis.

He said the government is working to strike a balance between “keeping people safe and restoring a semblance of normality and economic activity we all rely on.”

“We’re going to keep making those decisions as time goes on. I think it was the right thing to further extend by 30 days our closure of the Canada-U.S. border to travellers other than essential services and goods, but we will continue to watch carefully what’s happening elsewhere in the world and around us as we make decisions on next steps,” Mr. Trudeau said.

Chief Public Health Officer Theresa Tam said the special advisory committee on COVID-19 has discussed lifting some of the restrictive public health measures and the consensus is to “cautiously” lift measures within Canada before opening the country to non-essential travellers.

“The international border and the measures that we put down at the moment, particularly the massive reduction in the number of international travellers has allowed Canada to manage this first wave of the pandemic. If there is increased volumes, we want to make sure that we have the safety of Canadians at the top of our minds so we want to make sure we not only keep up but maybe strengthen some of those measures,” Dr. Tam said. ​

Economic storm brews over Newfoundland and Labrador
May 19, 2020 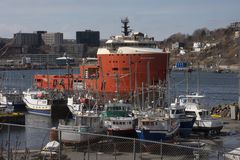 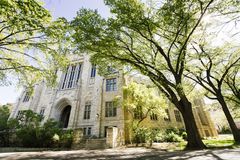 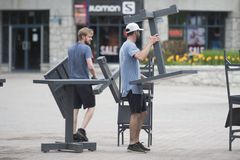