Canada’s 1939 refusal to grant asylum to the refugees on the MS St. Louis ocean liner and its callous attitude to what was unfolding in Europe was not only a dereliction of moral duty but helped embolden Adolf Hitler as he set about murdering millions of Jewish people, Mr. Trudeau said.

“[Hitler] watched ... as we refused their visas, ignored their letters and denied them entry,” the Prime Minister told the House of Commons.

“There is little doubt that our silence permitted the Nazis to come up with their own final solution," he said of the indifference and apathy shown by many countries toward the Jewish people at the time.

In May, 1939, the St. Louis left Germany with passengers, including more than 900 Jewish German citizens seeking sanctuary. These refugees were barred from disembarking at the ship’s first destination in Cuba and then denied entry into the United States and finally Canada because of the government’s discriminatory “none is too many” immigration policy toward Jewish people, the Prime Minister’s Office said in a summary of the events. The U.S. State Department made its own apology in 2012.

The Jewish passengers returned to Europe where many were later condemned to concentration camps, with 254 killed during the Holocaust.

“To harbour such hatred and indifference towards the refugees was to share in the moral responsibility for their deaths,” Mr. Trudeau said.

“We apologize to the 907 German Jews aboard the MS St. Louis, as well as their families,” the Prime Minister told the Commons.

“We also apologize to others who paid the price of our inaction – whom we doomed to the ultimate horror of the death camps.”

Jan Blumenstein, a survivor of Nazi concentration camps including Auschwitz, had a grandmother on the St. Louis – Regina Blumenstein – who ultimately died in the Holocaust. He was present for the apology.

“Finally, somebody came to their senses and realized this is [still] going on all the time," he said of the speech, saying it was important in that it acknowledged anti-Semitism remains strong.

Canada’s refusal to accept the St. Louis passengers took place more than six months after the infamous Kristallnacht in November, 1938, when storm troopers and members of the Hitler Youth burned hundreds of synagogues, smashed thousands of shop windows and killed dozens of Jews. About 30,000 people were sent to concentration camps, the first large cohort of the millions who would be murdered.

Mr. Trudeau warned of an “alarming rate” of discrimination and violence against Jewish people today.

“According to the most recent figures, 17 per cent of all hate crimes in Canada target Jewish people – far higher per capita than any other group,” the Prime Minister said.

“Holocaust deniers still exist. Anti-Semitism is still far too present. Jewish institutions and neighbourhoods are still being vandalized with swastikas,” he said.

He cited the recent killing of 11 people and wounding of six others at the Tree of Life synagogue in Pittsburgh.

“We must guard our communities and institutions against the kinds of evils that took hold in the hearts of so many, more than 70 years ago, for they did not end with the war," Mr. Trudeau said.

The Prime Minister also raised intimidation of Jewish students on some Canadian college and university campuses by the Boycott, Divestment and Sanctions [BDS] campaign against Israel that he said makes them feel “unwelcomed and uncomfortable.”

The Prime Minister said the “long overdue” apology to the passengers of the St. Louis cannot erase the pain suffered by these refugees or those murdered in the Holocaust or their descendants. He said, however, he hopes it helps those hearing the apology to heal.

“More than 70 years ago, Canada turned its back on you,” he said to Jewish people.

Andrew Scheer, the Conservative Leader of the Official Opposition, echoed this apology and warned of “a disturbing resurgence and even normalization of anti-Semitic rhetoric." This hatred “was not eradicated with the defeat of the Nazis. It is, unfortunately and sadly, very much alive today," he said.

Nimrod Barkan, Israel’s Ambassador to Canada, was on hand for Mr. Trudeau’s address and said he was grateful to the Prime Minister. “We are all encouraged not only by the apology but more so by the comments about the need to fight anti-Semitism today, to fight BDS and to make sure there is no hate for Jews allowed anywhere around the world, and certainly not in Canada.”

Politics Briefing: Trudeau to offer apology to those Canada turned away in 1939
November 7, 2018 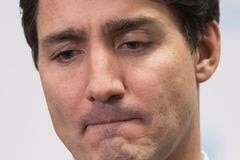 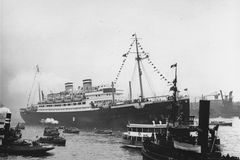