Mr. Trudeau also accused China of “retaliation” for subsequently detaining and locking up Canadians Michael Kovrig and Michael Spavor – one of the bluntest statements from Ottawa since the saga began.

China has for more than a year said that relations with Canada will not return to normal until Ms. Meng, a prominent Chinese tech executive, is allowed to return home. The Chinese embassy in Ottawa has accused Canada of taking part in a “political conspiracy” to undermine Huawei and has dismissed Mr. Trudeau’s assertion that he had no role in the high-profile case.

Canada maintains that Ms. Meng was arrested in December, 2018, because of an extradition request from the United States – based on a long-standing treaty – and that it will be up to the country’s independent courts to decide if she should be released or handed over to Washington.

Opinion: In Canada, the tide of opinion is turning on China

Shortly after Ms. Meng was apprehended by the Royal Canadian Mounted Police in December, 2018, China locked up two Canadians in what was widely seen as retaliation. Mr. Kovrig, a former Canadian diplomat, and Mr. Spavor, a Canadian entrepreneur, remain in Chinese jails to this day.

He was prompted to discuss the issue after being asked about continuing efforts by the Chinese government to press for Ms. Meng’s release.

“Canada has an independent judicial system that functions without interference or override by politicians,” Mr. Trudeau said.

“It is one of the things that is deeply dear to Canadians in our system: to keep it strong and assure the division of powers within our democracy."

Then, the Prime Minister further took China to task.

“China doesn’t work quite the same way and [doesn’t] seem to understand that we do have an independent judiciary [free] from political intervention,” he said.

He emphasized Canada is not going to interfere in the Meng case.

“We will continue to … uphold the independence of our judicial system while we advocate for the release of the two Michaels who have been arbitrarily detained by China in retaliation for a judicial system that is independent in the way it functions.”

Ms. Meng was released on $10-million bail while her extradition case remains before the court. She cannot leave the Vancouver area and must wear an electronic monitoring ankle bracelet.

The U.S. has sought her extradition on fraud charges related to alleged violations of sanctions against Iran.

U.S. authorities accuse Ms. Meng and other Huawei executives of lying to banks so that they would clear transactions with Iran through the U.S., despite U.S. sanctions against doing business with Iran.

On Thursday, the Supreme Court of British Columbia announced Associate Chief Justice Heather Holmes will on May 27 release her decision on the “double criminality” legal argument made by Ms. Meng’s team.

Her lawyers have said the extradition does not pass the “double criminality” test: charges which she faces in the U.S. must also be considered crimes in Canada. This is a key requirement in the Canada-U.S. extradition treaty.

Fraud is a crime in both countries, but defence lawyer Richard Peck has argued that because Canada dropped its own sanctions against Iran in 2016, her actions would not be illegal here. 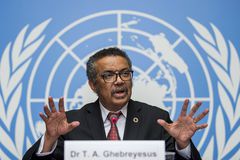 Opinion
The words Trudeau should never have forgotten to say about China’s ‘soft power’
Subscriber content
May 13, 2020 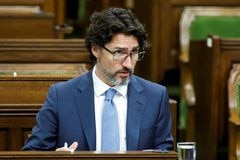