Prime Minister Justin Trudeau revealed Friday that former justice minister and attorney-general Jody Wilson-Raybould had approached him to clarify whether he was in fact ordering her to make a particular decision on the bribery and fraud prosecution of SNC-Lavalin Group.

He said her question, in September, 2018, came amid a major lobbying campaign on the matter.

“Which is why Jody Wilson-Raybould asked me if I was directing her or going to direct her to take a particular decision, and I of course said, ‘No,’ that it was her decision to make and I expected her to make it. I had full confidence in her role.“

Mr. Trudeau’s acknowledgment that Ms. Wilson-Raybould had approached him on the matter comes only three days after he told reporters that she failed in her duty to raise concerns about the government’s handling of the SNC prosecution.

On Tuesday, he said: “I, to be honest, don’t entirely understand why Jody Wilson-Raybould made the decision she did, because if anyone, particularly the attorney-general, felt that we were not doing our job responsibly and according to all the rules as a government, it was her responsibility to come forward to me this past fall and highlight that directly to me."

Also, Friday, Mr. Trudeau told media that he only removed Ms. Wilson-Raybould from her job as justice minister and attorney-general because a surprise departure from cabinet triggered a shuffle.

The Prime Minister was attempting to counter allegations from opposition critics that he demoted Ms. Wilson-Raybould to Veterans Affairs because the B.C. MP was unwilling to shelve the prosecution of SNC-Lavalin, a Montreal-based engineering giant.

“If Scott Brison had not stepped down from cabinet, Jody Wilson-Raybould would still be minister of justice and attorney-general of Canada,” Mr. Trudeau told reporters Friday after a technology funding announcement with BlackBerry in the Ottawa suburb of Kanata.

He did not explain why it was necessary to move Ms. Wilson-Raybould in the Jan. 14 shuffle triggered by former Treasury Board president Scott Brison’s plans to leave politics.

In that shuffle, more than 30 members of Mr. Trudeau’s cabinet were left untouched. Only three existing ministers were shifted to other posts.

Mr. Brison was replaced at Treasury Board by former Indigenous services minister Jane Philpott. She was replaced by Newfoundland MP Seamus O’Regan, who until then had served as veterans affairs minister. Ms. Wilson-Raybould succeeded him at Veterans Affairs, and she was replaced as attorney-general by Montreal MP David Lametti, a newcomer to cabinet.

“This is irrelevant to the issue at hand," deputy Conservative leader Lisa Raitt said. "The facts are she was demoted and then she quit. Canadians would like to know the reason why she resigned. This is a diversion tactic by the PM to muddy the waters even further.”

Mr. Trudeau has faced questions for more than a week about his government’s handling of the prosecution of SNC-Lavalin, Canada’s largest engineering and construction-management company, for fraud and bribery charges stemming from an RCMP investigation into its business dealings in Libya.

The Globe and Mail reported on Feb. 7 that when she was attorney-general, Ms. Wilson-Raybould had come under pressure from the Prime Minister’s Office to override the decision of the Public Prosecution Service of Canada and stay prosecution of SNC-Lavalin in favour of a deferred-prosecution agreement that would avoid a trial. Mr. Trudeau told reporters he did not direct her on the matter. But senior government officials later confirmed to The Globe that there was “vigorous debate.”

Ms. Wilson-Raybould resigned from cabinet on Monday, only hours after Mr. Trudeau told reporters that her continued presence in cabinet was an indication that she was not unhappy with the government.

On Friday, Mr. Trudeau declined to divulge what reasons his former minister gave him for her resignation.

In summing up, he said the PMO’s main goal throughout has been to help safeguard jobs at SNC-Lavalin. If the engineering firm is convicted on the fraud and bribery charges, it could face a 10-year ban from federal government contracts.

On Wednesday, the governing Liberals used their voting majority on the House of Commons justice committee to quash opposition efforts to name several key players as witnesses in hearings on the Wilson-Raybould controversy, including the former minister herself, as well as Mr. Trudeau’s two most senior staff members.

Liberal MPs declined to hear the opposition proposal for the hearings and rejected all attempted amendments by the Conservatives and NDP. The opposition parties wanted to call Mr. Trudeau’s principal secretary, Gerald Butts, and chief of staff, Katie Telford, among others, as witnesses.

Instead, the Liberals passed a motion that would broaden the hearings – away from strictly targeting accounts that the PMO put pressure on Ms. Wilson-Raybould to shelve a criminal prosecution of SNC-Lavalin. This issue will now be folded into a larger study that includes an examination of the deferred-prosecution option and the Shawcross doctrine, a legal standard the Liberals have invoked in defending their conduct in the Wilson-Raybould matter.

Editor’s note: A previous version of this story said Jody Wilson-Raybould questioned Justin Trudeau in September, 2017, when in fact it was September, 2018. This version has been corrected. 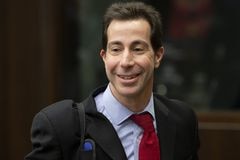 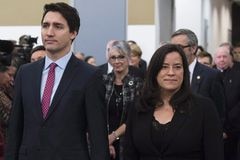 Opinion
Must we save SNC-Lavalin? It depends which solitude’s side you’re on
Subscriber content
February 15, 2019 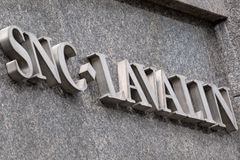 Follow Steven Chase and Sean Silcoff on Twitter @stevenchase @SeanSilcoff
Report an error Editorial code of conduct
Due to technical reasons, we have temporarily removed commenting from our articles. We hope to have this fixed soon. Thank you for your patience. If you are looking to give feedback on our new site, please send it along to feedback@globeandmail.com. If you want to write a letter to the editor, please forward to letters@globeandmail.com.
Comments