French President Emmanuel Macron has warned that NATO faces “brain death” because the United States can no longer be counted on to co-operate with the other members of the military and political alliance.

In an interview published on Thursday, Mr. Macron said what “we are currently experiencing is the brain death of NATO,” citing concerns about the lack of co-ordinated strategic decision-making between the United States and its allies in the North Atlantic Treaty Organization.

Speaking more generally about the future of Europe, Mr. Macron said the continent needs to “wake up” to the shift in U.S. foreign policy toward isolationism and the global balance of power, with the rise of China and re-emergence of authoritarian powers such as Russia and Turkey. Mr. Macron said Europe is at risk of disappearing geopolitically and losing “control of our destiny” if it fails to face this reality.

U.S. President Donald Trump has condemned NATO as outdated, and complained publicly that the United States contributes the most to its defence operations, while other allies, including Canada, fail to boost their military spending.

U.S. Secretary of State Mike Pompeo, who was visiting Germany on Thursday for the 30th anniversary of the fall of the Berlin Wall, hailed NATO’s importance in uniting democratic countries to win the Cold War.

But at a press conference with his German counterpart, Foreign Affairs Minister Heiko Maas, he repeated Mr. Trump’s demand that other members contribute more to the alliance. He said he was glad to see German Defence Minister Annegret Kramp-Karrenbauer’s commitment earlier in the day to bring German defence spending to 2 per cent of gross domestic product (GDP) by 2031.

“It is an absolute imperative that every country participate and join in and contribute appropriately to achieving that shared security mission,” Mr. Pompeo said.

NATO is an alliance of 29 countries from Europe and North America for mutual defence, fighting terrorism and helping manage crises around the world. Its members contribute to its operations mainly by participating in its missions. Members pledged in 2014 to increase their military spending to 2 per cent of GDP by 2024.

Canada has no clear plan to reach 2 per cent in the next decade. In a statement, Defence Minister Harjit Sajjan’s office said Canada’s total defence spending is expected to reach 1.48 per cent of GDP by 2024. However, spokesperson Todd Lane said the government plans to exceed another NATO target, 20 per cent of defence spending on major equipment.

“I do not believe NATO is brain-dead,” he said. “The challenges should not be downplayed in their importance, those that we are facing, but we have an interest in the unity of NATO and its ability to take action.”

“That is not my view of co-operation in NATO,” she said at a news conference. “I don’t think that such sweeping judgments are necessary, even if we have problems and need to pull together.”

Prime Minister Justin Trudeau said on Thursday that NATO continues to play an important role on the world stage. He pointed to Canada’s leadership of the NATO training mission in Iraq and its involvement in a mission in Latvia as examples of where the alliance is still valuable.

“I think NATO continues to hold an extremely important role, not just in the North Atlantic, but in the world as a group of countries that come together to share values, that share a commitment to shared security,” Mr. Trudeau told reporters in Ottawa.

Fen Hampson, an international affairs expert at the Norman Paterson School of International Affairs at Carleton University, said Mr. Macron made a fair point about NATO’s problems, but said use of the term “brain death" was a bit hyperbolic.

“This [NATO] is a corpse that perhaps has a beating heart in terms of the intergovernmental machinery, but in terms of its political leadership and political commitment … I think he is on the mark there,” Prof. Hampson said.

In the wide-ranging foreign policy interview with The Economist, Mr. Macron also questioned the effectiveness of NATO’s Article Five, which says that if one member is attacked, all others will come to its aid. The collective defence article is meant as a deterrent. Mr. Macron said NATO “only works if the guarantor of last resort functions as such,” adding that there is reason to reassess the alliance in light of the U.S. actions.

He pointed to the abrupt withdrawal of U.S. troops from northeastern Syria last month, abandoning Kurdish allies. The move made way for Turkey to invade and attack the Kurds, whom Turkey has long seen as terrorists. Mr. Macron expressed concern about whether NATO would respect Article Five and back Turkey, a member, if Syria launched a retaliatory attack.

“If the [Syrian President] Bashar al-Assad regime decides to retaliate against Turkey, will we commit ourselves under it? It’s a crucial question,” Mr. Macron said.

David Perry, vice-president of the Canadian Global Affairs Institute, said that while Mr. Trump’s withdrawal of U.S. troops from Syria sent a troubling signal to allies, it would be much more difficult for him to bypass the U.S. national security community, which widely supports NATO, to make drastic changes to his county’s involvement in the alliance.

“NATO is different in the order of importance than the American relationship was with the Kurds. Because of that there’s enough of the national security establishment built in and around Trump that would safeguard the U.S. role in the alliance to prevent anything catastrophic from happening," Mr. Perry said.

Roland Paris, a professor of international affairs at the University of Ottawa and former foreign policy adviser to Mr. Trudeau, said Mr. Macron is right about the need for Europeans to work together more effectively, but said calling NATO’s Article Five into question is a “dangerous and irresponsible way to do so.” 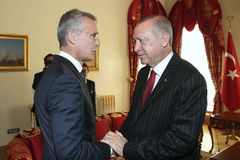 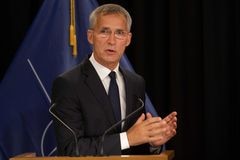 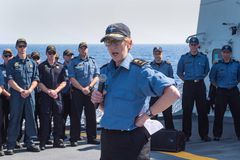