It was supposed to be Justin Trudeau’s grand bargain: a pipeline for a climate-change plan. In 2015, he campaigned on the promise that environment and economy would go together. He put forward a carbon-pricing plan. And in May, 2018, he gambled to fulfill his promise to get Canadian oil to international markets: he bought the Trans Mountain pipeline.

Both things multiplied the ranks of his critics.

The Liberals thought they had a Goldilocks policy – a middle ground. But when it came to a climate plan in a country with a major oil and gas sector, the centre did not hold. That has been a big part of Mr. Trudeau’s trouble in this election campaign.

The Liberals knew that Andrew Scheer’s Conservatives would come out gunning for the carbon tax – and that he’d have a sizable segment of the voting population behind him. Mr. Scheer tuned into oil patch frustration and has massive support in Alberta and Saskatchewan. And he has also appealed to those who don’t believe much can be done in Ottawa – arguing that if Canada wipes out its greenhouse gas emissions, it will have no impact because other countries will quickly emit more.

But Mr. Trudeau’s strategists thought that in the end, climate-conscious voters would choose the Liberal proposal to reduce Canada’s emissions over Mr. Scheer’s assertion there isn’t much point in trying. Instead, Mr. Trudeau has faced criticism for not going far enough – and some of those voters have looked to other parties.

In fact, experts such as climate scientist Katharine Hayhoe and environmental economist Andrew Leach have rated the NDP and Green plans – but also given them poor grades for feasibility. Their report card, published in Chatelaine, gave the Liberals’ plan a “B” for ambition, but an “A” for feasibility – rating it doable. Simon Fraser University professor Mark Jaccard said, in essence, that it represented a shift from hollow words to real emissions-reduction action.

One reason Mr. Trudeau is having a hard time selling those policies to climate-conscious voters is that he has lost a lot of credibility across the board. Another is that feasibility hasn’t been the issue, especially during this campaign. When the issue of climate change has come up, it has been about urgency and ambition.

Think of Swedish teen Greta Thunberg, whose “How dare you?” accusation was an alarm bell for many young, climate-conscious Canadians. She agreed to meet Mr. Trudeau, but said he wasn’t doing enough. Mr. Trudeau marched with climate strikers, but got booed by people carrying signs asking about the pipeline he bought. TMX came up repeatedly in debates.

His political opponents have essentially argued that when it comes to reducing emissions, not doing enough is the same as doing nothing at all. The Liberals’ current policies will get Canada a long way toward Paris accord targets for greenhouse gas reductions – and Mr. Trudeau argues more measures will be introduced – but Mr. Scheer and Ms. May alike say that is just a fail.

Mr. Trudeau’s policies are certainly in between those two. An analysis by environmental economist David Sawyer concluded the Conservative climate plan would actually increase emissions. The Green Party plan has more ambitious targets, but would shut down Alberta’s oil sands, an $80-billion industry, in a decade.

Politically, the middle ground was always a gamble. Three months after Mr. Trudeau took office, his first natural resources minister, Jim Carr, put it this way: “I’ll say there’s a 100-per-cent chance there won’t be unanimity.” The Liberals didn’t realize then that so many would find flaws with their bargain.

Approving a pipeline, though not buying one, was always part of the Liberal plan. In 2015, Mr. Trudeau promised to get Canadian oil to market. But he also promised environmental reviews and climate action. Each decision on one side disaffected someone on the other. Back in 2015, some Liberals dreamed of a political breakthrough in Alberta, but by the time the government bought TMX in 2018 that dream was dead. By that point, it was the only way to keep the pipeline project alive, and that was part of Mr. Trudeau’s middle-ground bargain. In this campaign, it appears the middle ground has shrunk. 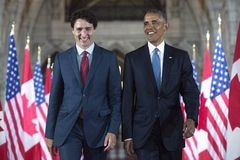 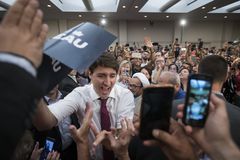