Prime Minister Justin Trudeau isn’t backing down as the Canada-Saudi Arabia rift continues to escalate, saying his government will not shirk from raising concerns about human-rights violations in other countries.

Asked if he would express regret to Saudi Arabia for his government’s public call last week for the release of arrested women’s rights activists in the kingdom, Mr. Trudeau offered no apology.

Instead, he told journalists on Wednesday his government will continue to stand up for Canadian values and human rights. “Canadians have always expected [us] to speak strongly, firmly, clearly and politely about the need to respect human rights at home and around the world."

Mr. Trudeau’s comments came just hours after Saudi Foreign Minister Adel al-Jubeir ruled out mediation in this dispute and warned of more measures to further punish Canada. He said it’s up to the Canadian government to make things right.

“There is nothing to mediate. A mistake has been made and a mistake should be corrected,” Mr. al-Jubeir told a news conference in Riyadh.

In an indication the quarrel may worsen, Mr. al-Jubeir said the kingdom was still “considering additional measures” against Canada, but did not elaborate.

Explainer: What we know so far about the Saudi Arabia-Canada spat

Opinion: Why two words set off our diplomatic spat with Saudi Arabia

Wednesday was Mr. Trudeau’s first time addressing the conflict since the dispute erupted suddenly on Sunday. He told reporters Foreign Affairs Minister Chrystia Freeland had conducted a “long conversation” with Mr. al-Jubeir on Tuesday and that “diplomatic talks continue.”

Asked if Ottawa would compensate Canadian businesses hurt by the Saudi measures, Mr. Trudeau said his government would always stand up for Canadian companies and workers. But he did not outline any specific measures.

Saudi Arabia has expelled Canada’s ambassador; frozen new trade and investment in this country; begun the withdrawal of 16,000 Riyadh-funded students, as well as medical patients; announced a suspension of Saudi Arabian Airlines flights to Toronto; and stopped buying barley and wheat from Canada.

The Saudi government is angry at what it calls “blatant interference” in Saudi affairs by the Trudeau government. This follows several tweets by Ms. Freeland and her department last week in which the Canadian government called for the immediate release of arrested women’s rights activists and decried Riyadh’s recent crackdown on dissidents.

On Wednesday, the Financial Times reported the Saudi central bank and state pension funds have instructed their overseas asset managers to dispose of their Canadian equities, bonds and cash holdings “no matter the cost." Citing sources, the newspaper said the holdings are nevertheless “fairly small in absolute terms."

The future of the $15-billion deal by Canada to supply Saudi Arabia with armoured vehicles is unclear.

It’s possible Riyadh could axe it, said Peter Sutherland, a former Canadian ambassador to Saudi Arabia and a board member of the Canada Arab Business Council. “That could well be a consequence.”

He said it’s difficult to see how either side could back down at the moment. He said Canada could have avoided this dispute if it had spoken privately to the Saudi government instead of using Twitter. “It’s like megaphone diplomacy a bit.”

Unifor Local 27 president Jim Reid, whose union represents hundreds of workers at the General Dynamics Land Systems factory in London, Ont., where the combat vehicles are assembled, said Unifor president Jerry Dias is trying to seek more answers on the future of the deal.

The Saudi sell-off of Canadian investments began on Tuesday, further evidence of what analysts have said of how Riyadh is using its considerable wealth and influence to send a message to Western countries to scale back criticism of its human-rights record.

A source within the Saudi government, who was not authorized to speak publicly, said he considers the diplomatic crisis with Canada measurably worse than the 2015 dispute between Sweden and Saudi Arabia, which began after Swedish Foreign Affairs Minister Margot Wallstrom called the kingdom’s sentence of 1,000 lashes and 10 years in jail for writer Raif Badawi “medieval."

Mr. al-Jubeir also announced on Wednesday that Saudi Arabia had set up facilities in Ottawa and Riyadh to help move Saudi students out of Canada. The Saudis are transferring their students to similar education programs in other countries such as the United States.

In 2017, Canada exported nearly $1.5-billion of goods to Saudi Arabia, including armoured vehicles, machinery and mineral ores. And Canada imported more than $2.6-billion of goods including oil, ores and aluminum, the Department of Global Affairs said. That year, Canada sold $604-million in services, such as engineering, health care and education, to Saudi Arabia and imported $495-million in services from the kingdom. Canadian direct investment in Saudi Arabia is only $27-million. 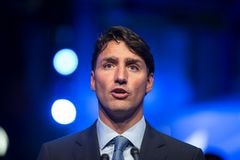 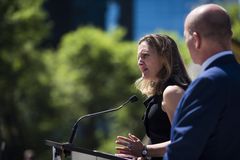 Explainer
Saudi-Canadian relations and the arms deal: A guide to the story so far
January 2, 2019 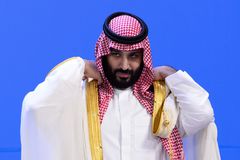 U.S. refuses to back Canada in Saudi Arabia dispute
August 8, 2018 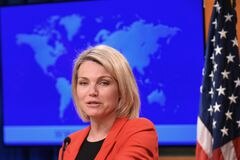