Justin Trudeau has set up his second-term government like a leader who realizes he just had a narrow escape. He has created rows and rows of defensive barriers between the Prime Minister and political risk.

During his first term, Mr. Trudeau made himself the face of virtually everything his government did. Everything, seemingly, came from the PMO: Mr. Trudeau in front, and behind the scenes, his two senior advisers, Gerald Butts and Katie Telford, orchestrated it all. But that meant every problem, and every mistake, was at the top.

Now, a new operating procedure is taking shape. Ministers will be seen handling files and speaking to issues more, and Mr. Trudeau less. There will be layers of insulation between the Prime Minister and any misstep.

A reading of the mandate letters he issued to his cabinet ministers, made public on Friday, makes it clear that this isn’t a move back to cabinet government, where the PM is supposed to be first among equals.

Chrystia Freeland is the Prime Minister’s prime minister, with responsibility over nearly every file. If that analogy makes Mr. Trudeau the king, then it is worth remembering that there are two reasons why a king needs a prime minister: one is to co-ordinate government, and the other is to take the heat when something goes wrong.

When Mr. Trudeau reached out to meet every premier in the country after his re-election, he handled the trickiest provincial relationship differently: He sent Ms. Freeland to meet Alberta Premier Jason Kenney first, before inviting him to Ottawa.

Ms. Freeland’s mandate letter doesn’t precisely identify her powers, but it doesn’t limit the scope of her mandate: it is to work with the PM on “setting and fulfilling the government’s agenda.” There’s a signal to other ministers, too: she is to work “across cabinet.”

At the other end of the spectrum, there are the ministers of nothing. The mandate letter for Mona Fortier, given the newly concocted title of Minister of Middle Class Prosperity, confirms that she doesn’t have much in the way of ministerial responsibility at all. She is a junior finance minister, and her job is to speak for the government, to try to draw a link between budget decisions and the lives of ordinary folks.

There are several other ministers without responsibility for an actual department, but with a political mandate. That empowers a lot of people to step out to answer questions for every constituency – so the PM, and the PMO, don’t have to.

Mr. Trudeau has set up a cabinet that is similar to concentric rings of defences: Ms. Freeland on the inside, followed by senior ministers, then a series of political spokespersons with cabinet titles.

It isn’t the most streamlined system for a functioning government. Recent Canadian governments have often had several ministers in a department, or junior ministers, but Mr. Trudeau’s big cabinet full of ministers with shared responsibilities is likely to muddy accountability.

Mel Cappe, a former Clerk of the Privy Council and head of the civil service, said one of the key questions that officials in his position ask is whether “every job has a minister and every minister has a job.” In this case, he said, the answer isn’t clear.

But it is a minority government. And Mr. Trudeau has learned some hard political lessons.

One is to make government look less of a one-man show. The other is to put hard-nosed political considerations at the forefront.

His two key cabinet committees, Agenda and Operations, are heavily loaded with political ministers who have responsibility for regional politicking and ward-heeling, such as Quebec lieutenant Pablo Rodriguez.

And in every region, it is no longer Mr. Trudeau who is the face of relationships with Ottawa any more.

He has his grand vizier, Ms. Freeland, responsible for intergovernmental affairs, able to sit on any committee of cabinet as she chooses, empowered to negotiate with premiers and responsible for co-ordinating the thorniest issue – reconciling the oil and gas economies of Alberta and Saskatchewan with action on climate change.

But he also has players such as Mr. Rodriguez, who sit in on those meetings with premiers, too, and are now another line of responsibility for regional issues.

The mandate of Mr. Trudeau’s second-term cabinet is to be more alive to political risks – and to keep them further away from the PM. 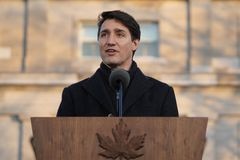 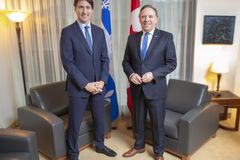