The federal government announced a $10-billion plan for the Canada Infrastructure Bank that features a strong green focus in areas like retrofits and electric buses, as well as pledges to expand rural broadband and agricultural irrigation in Western Canada.

The bank is proposing to help cover some of the large upfront costs of projects such as commercial building renovations or municipal purchases of electric bus fleets in exchange for being repaid over time through the expected energy and other savings over the longer term.

The infrastructure bank is a Crown corporation created by the government through legislation in 2017. Its mandate is to provide direct investment or loans for major infrastructure projects to encourage large institutional investors, such as pension funds, to become partners.

Thursday’s announcement signalled that the government is counting on the bank to play a leading role in supporting an environmentally focused economic recovery as the pandemic eases.

Prime Minister Justin Trudeau made the announcement Thursday on Parliament Hill with Infrastructure Minister Catherine McKenna and Michael Sabia, who was named chair of the bank in April as part of a shakeup of the organization’s senior leadership.

“The bank is ambitious,” Mr. Sabia said, predicting that the package of measures will create more than 60,000 jobs over two to three years. He also said the priorities, such as clean power and zero emission vehicles, show that addressing climate change will be a key part of the bank’s investment strategy.

“All of those are consistent with an investment strategy that is designed to help Canada meet its greenhouse gas emissions [targets]. Its efforts to build a cleaner and more prosperous economy for the future,” he said. “The evidence is there. We will go beyond that and consider doing lots of other things in a similar vein. But that fundamental commitment will be a core part of the investment strategy of the bank going forward.”

The categories in the plan include $2.5-billion for clean power generation, transmission and storage and $1.5-billion for agriculture infrastructure, including farmland irrigation in Western Canada.

Other areas include $2-billion for energy-efficient building retrofits, $1.5-billion for zero-emission buses and $500-million to accelerate projects that are already under consideration.

The bank said it is working to create “a mainstream, broadly marketed debt product” that will allow a broader range of investors to participate in the building retrofit program.

The bank also said it will devote $2-billion to deliver high-speed broadband to more than 750,000 households and businesses. Rural connectivity has become increasingly important during the COVID-19 pandemic, as public health measures have moved many schools, offices and business online. That’s created challenges for Canadians who live outside of major cities, who typically pay more for slower connections – or, in some cases, have no access at all.

Partnerships between the public and private sectors can be critical to bridging that divide, a spokesperson for Rogers Communications Inc. said. “We look forward to working with the Canadian Infrastructure Bank and other government partners to continue to expand services in rural and remote areas so communities can participate fully in the digital economy,” Andrew Garas said in an e-mail.

“Without a clear overarching strategy of what the plan is to make sure that everyone gets connected, it does not provide a lot of comfort that those that are the most in need are going to be prioritized,” said Laura Tribe, executive director of OpenMedia, an organization advocating for widespread inexpensive internet access.

Thursday’s announcement received positive reactions from the Canadian Federation of Agriculture, the Federation of Canadian Municipalities and several environmental organizations.

Mr. Sabia is a former CEO of the Caisse de dépôt et placement du Québec, the provincial pension fund, which is a key player in Montreal’s REM light-rail project. That project, which is under construction, is also receiving support from the infrastructure bank and is viewed as an example of how such works can be financed.

The bank has faced criticism for failing to quickly identify and approve projects for funding. To date, less than $4-billion of its budget has been allocated. The April 3 announcement of a leadership shakeup included the departure of then-CEO Pierre Lavallée, who has yet to be replaced. Mr. Sabia said Thursday a new CEO will be announced in the coming weeks.

Conservatives and New Democrats have long criticized the Liberal government’s infrastructure bank as an inefficient way of delivering federal infrastructure. Both parties repeated those concerns in response to Thursday’s announcement.

Conservative Leader Erin O’Toole dismissed the pledges as “empty promises” and said that they do not involve new money.

“Today was just another Liberal re-announcement,” he said in a statement, vowing that a Conservative government would scrap the bank and replace it with a plan that builds projects more quickly.

NDP infrastructure critic Taylor Bachrach said in an e-mail that his party supports government action in the areas outlined in the announcement.

In his news conference, Mr. Trudeau said the bank needed time to set up but is now ready to act.

“We have now seen the infrastructure bank hit its stride, and at a moment where Canada really needs this kind of investment to boost economic activity during this pandemic,” he said.

With a report from Alexandra Posadzki 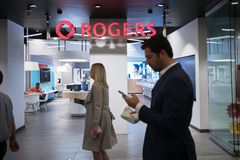 The full federal Throne Speech: ‘This is an ambitious plan for an unprecedented reality’
Subscriber content
September 23, 2020