Perrin Beatty, president of the Canadian Chamber of Commerce, said, “There’s an awful lot [that] needs to be done between now and then to ensure it operates smoothly.”

At the same time, Ottawa is considering changes to COVID-testing rules for arriving passengers later this year so that incoming travellers are subject to randomized testing as opposed to everyone being required to take a test, sources say.

The Ontario government says it’s going to be relying on the federal government to manage and track all arrivals in order to keep Canadians safe from imported COVID-19 cases.

“Provinces and territories cannot operate 13 separate systems to track and manage individuals who enter or return to Canada, which is why we have been advocating for the federal government to implement a single, national system, including proof of vaccination, that is recognized by Health Canada and our international allies,” said Ivana Yelich, a spokeswoman for Ontario Premier Doug Ford.

Business groups have been told by the government that processing time at Canadian land border checkpoints has risen to five minutes per vehicle from 32 seconds before the pandemic – a rate that could lead to traffic snarls as travel volumes rise after mid-August. “There’s a need to shorten that timeframe down or else it’s going to cause a lot of backup,” said Beth Potter, president of the Tourism Industry Association of Canada.

The Canadian government has offered few details so far on what Mr. Trudeau has planned, but more information is expected on July 19. The Prime Minister’s Office made a brief announcement late Thursday that Canada expects to start allowing entry of fully vaccinated Americans into Canada by mid-August for non-essential travel and should be in a position to welcome fully vaccinated travellers from all countries by early September.

Ms. Potter welcomed the announcement and said while it’s too late for a “good chunk” of Canada’s summer tourism season, it allows for international visitors and businesses to make plans for fall and winter bookings in Canada.

Polls show Canadians are cautious about reopening the Canada-U.S. border. A Nanos research poll conducted in early July found 79 per cent of respondents said public health is more important than the economy and jobs when it comes to making decisions about the border.

Canada’s mid-August plan to allow entry of vaccinated Americans implies the United States will reciprocate by allowing fully vaccinated Canadians to cross the U.S. border, but there’s so far no announcement from Washington. Molly Sanchez Crowe, a spokesperson for the U.S. embassy in Ottawa, couldn’t say what American plans are. “We are aware of the Prime Minister’s comments. The United States has worked closely with Canada throughout the pandemic, and we will continue to co-ordinate closely to responsibly manage the border.”

Brian Higgins, a New York-based member of the U.S. Congress who has been outspoken in calling for the reopening of the Canada-U.S. border, applauded Mr. Trudeau’s decision. Mr. Higgins, a Democrat, told a Buffalo radio station Friday that he thinks Canadian federal election considerations have played a role in what he described as a delayed reopening.

“There may be an election. Obviously any spike in COVID cases could have a political implication,” Mr. Higgins told WBEN. “I think that was a factor that is probably more influential than anybody had acknowledged to this point.”

He also said Canada and the U.S. should expect some border jams as American tourists head for Canada. “A lot of people have a pent-up desire to get over to Canada,” he said. “That’s probably going to result in a logistical challenge relative to the bridge crossings.”

Mr. Higgins also noted that Canada’s rule requiring unvaccinated children to quarantine for 14 days upon arrival, even if they are under 12 and ineligible for vaccines, could be a problem for American travellers. “That has to be worked out. That has to be addressed … to ensure young people can travel with their families,” he told WBEN.

Speaking at a funding announcement Friday in Scarborough, Mr. Ford said he was not concerned about the border reopening timeline outlined by the Prime Minister.

“We’re going to be talking about that. We had a great conversation last night with the Premiers and the Prime Minister and as long as people are double-vaxxed and we hit [80-per-cent vaccinations], that’ll be good,” he told reporters.

Mr. Beatty said as travel volumes rise it puts more pressure on the Canadian government to come up with a vaccine passport that represents “secure certification” that Canadian travellers have been fully vaccinated. Currently, Canadians have to upload whatever documents they received upon vaccination, some of which look like “something you and I could draw up on an iPad,” Mr. Beatty noted.

Deputy Prime Minister and Finance Minister Chrystia Freeland said her government was speaking with U.S. officials about the next step at the border, with the advice of both provincial and federal public-health authorities. 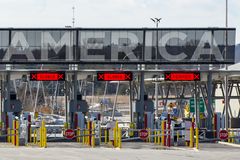 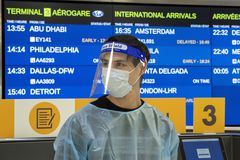 Opinion
Making it up as they go: The Liberals don’t seem to have a plan for the border
Subscriber content
July 8, 2021 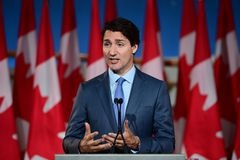 Follow Steven Chase and Jeff Gray on Twitter @stevenchase @jeffreybgray
Report an error Editorial code of conduct
Due to technical reasons, we have temporarily removed commenting from our articles. We hope to have this fixed soon. Thank you for your patience. If you are looking to give feedback on our new site, please send it along to feedback@globeandmail.com. If you want to write a letter to the editor, please forward to letters@globeandmail.com.
Comments