Canadians who want to travel domestically by plane or on inter-provincial trains have just weeks to get vaccinated, Prime Minister Justin Trudeau said Tuesday, adding that ending the pandemic will be his government’s “very top priority,” followed by addressing climate change and cost-of-living issues.

At his first major press conference since last week’s election, Mr. Trudeau confirmed that his government will implement all the vaccination-related promises the Liberal Party made just before and during the election. Those include the creation of vaccine mandates for employees of the federal civil service and federally-regulated industries, and the introduction of a requirement that everyone travelling by air or inter-provincial rail provide proof of vaccination.

“If you want to, or are planning on getting on a plane or a train in the coming weeks or months, make sure that you and all members of your family over 12 years old have gotten vaccinated and are getting your second shot if you haven’t already,” Mr. Trudeau said.

“You will not be able to travel on a plane or a train in Canada if you are not fully vaccinated.”

Days before the August election call, the government announced the planned vaccine mandate for domestic travel, which would also apply to cruise ships. In a series of posts to Twitter on Tuesday, Transport Minister Omar Alghabra said the vaccination requirements for federally regulated industries and some domestic travellers will be in place by the end of October.

Mr. Trudeau told reporters on Tuesday that he will unveil a new cabinet in October, and that the House of Commons will be recalled some time before Dec. 21. He also announced that Chrystia Freeland will stay on as Deputy Prime Minister and Finance Minister.

Prior to calling the election, the Liberals expected to sweep to a majority based on the government’s handling of the pandemic. Instead, they will return to Parliament as a minority, with nearly the same share of seats in the House of Commons that they had prior to the Sept. 20 vote. Despite Mr. Trudeau’s failure to win a majority government, he said Tuesday that he has a strengthened mandate to implement his policy proposals, which include $10-a-day child care and moving “even faster” on climate change.

“Canadians were very clear that they want those progressive, big, bold ideas to be delivered by their Parliament and by their government. And that’s exactly what we’re going to work on,” Mr. Trudeau said.

The Prime Minister also confirmed that, while he plans to increase spending on health care, the federal government will not be giving cash to premiers with no strings attached. “We’re going to be working together in partnership to expect results. That means there will not be zero conditions,” Mr. Trudeau said.

He gave no indication that he is looking to step down as Liberal Leader. When asked about his future, he said that Canadians “returned a Parliament with a mandate to do big, ambitious, progressive things for Canadians and I can’t wait to get into it.”

And he said he hopes he will be able to govern for the full four-year mandate, even with a minority government. “I am intending to govern as long as Parliament gives us confidence to do so,” Mr. Trudeau said.

Conservative Leader Erin O’Toole said in a statement that his party is “ready to get to work,” and will “focus on bringing Canadians together, to ensure there is an economic recovery in all regions and all sectors, and to make life more affordable for everyone.”

In an e-mailed statement, NDP MP Peter Julian said his party believes it’s time for the government to get back to work. “Parliament should be recalled as soon as possible so we can keep fighting to get Canadians the help they need to get through this pandemic,” he wrote.

In a post-election interview, Ontario Liberal MP Nathaniel Erskine-Smith said he did not have a view on Mr. Trudeau’s future as Leader. He said he has had his share of disagreements with the Prime Minister over the years, but that Mr. Trudeau managed the COVID-19 crisis with competence.

“I am much more interested in getting back to work and getting things done, and much less interested in the parliamentary intrigue of it all,” he said.

Michele Cadario, who was the federal campaign director for the Liberals in 2004, said the election outcome was a relief for Liberals, considering the fact that at certain points in the campaign it looked as if the Conservatives could form government. Ms. Cadario said the election result shows Canadians want the federal parties to co-operate. Given that Mr. Trudeau held on to government, she added, he’ll stay at the top of the Liberal Party as long as he wants to.

“He might not be the same rock star that he was in the 2015 election campaign. But nobody could be, because now you have an actual record of governing,” she said. “But he brought the Liberal Party back from the brink and I think most Liberals remember and understand that.” 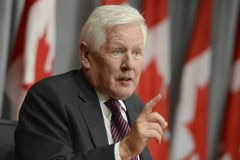 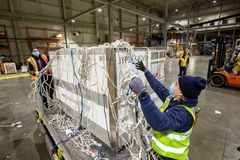