Lawmakers in France began their ratification of the comprehensive trade agreement between the European Union and Canada as Prime Minister Justin Trudeau welcomed one of the leaders of the 28-country bloc to Montreal on Wednesday.

Trudeau has been pushing hard for a win on trade and foreign policy after two difficult years marked by a rough renegotiation of the North American Free Trade Agreement with the Trump administration and the deterioration of political and trade relations with China.

Trudeau began talking up the merits of the Comprehensive Economic and Trade Agreement, or CETA, with European Council President Donald Tusk in a series of events in Montreal that started Wednesday and will continue Thursday.

Canada’s Parliament has already ratified the pact with the support of the Liberals and the Conservatives, but seven Canadian and Quebec politicians sent a letter to French lawmakers this week urging them not to follow suit.

“CETA is based on a blueprint for trade that gives incredible rights to corporations – in the areas of protection, patents, public services, regulatory harmonization, and food and agriculture – without extending comparable rights to people, communities and the environment,” says the letter, whose signatories include Jagmeet Singh and Elizabeth May, the leaders of the NDP and the Green party.

The Canadian Chamber of Commerce, the Business Council of Canada and Canadian Manufacturers and Exporters issued a joint statement denouncing the Canadian politicians.

“It is disturbing that Canadian MPs, including the leaders of two political parties, would undermine Canadians by lobbying foreign parliamentarians to defeat a measure that has been passed by our Parliament. At a time when Canada needs more trade certainty, our three organizations strongly oppose careless actions that risk our collective economic interests,” they said.

International Trade Minister Jim Carr and Infrastructure Minister Francois-Philippe Champagne fired back in their own letter, saying: “We are disappointed that you have taken steps to lobby parliamentarians from another country to vote against ratification of this historic agreement, thereby undermining the will expressed by the Parliament of Canada.”

Trudeau and Tusk kicked off their summit with a visit to the bustling Port of Montreal, the gateway for European sea shipments into Canada.

They hosted an evening cocktail reception for business leaders, diplomats and politicians in a converted Montreal church, where Trudeau praised CETA and the two leaders expressed fond appreciation for each other.

“Dear prime minister, your foreign policy is sometimes described as Canada is back Canada has returned to world politics in great style,” said Tusk, citing Canada’s courage and decency.

He said Canada has been “able to combine a policy of national interest with universal values. It’s good to have you on our side.”

Trudeau went off script, praising Tusk for his strong friendship and leadership of Europe – he steps down this year – and his dedication to making the world a better place.

“Of all the different voices that have been out there, talking about collaboration, unity and respect, Donald’s has been one of the strongest.”

European Commission President Jean-Claude Juncker was supposed to join them but he did not make the trip. Neither the Prime Minister’s Office nor the EU Embassy in Ottawa could say why his schedule changed.

Almost all of CETA – in excess of 90 per cent – went into force in September 2017 under what is known as provisional application, but individual ratifications by EU member countries will bring it fully into effect.

That would mean a win for the international trading order that has been under assault by U.S. President Donald Trump.

“It’s an essential step. We’re very pleased with our co-operation with the French government,” Carr said in an interview.

Carr is to meet his EU counterpart Cecilia Malmstrom in Montreal. He said the French move toward ratification is a significant step to Canada’s broader goal of diversifying Canada’s export markets.

The introduction of the bill in the National Assembly is a first step in a process that the French government hopes will lead to full ratification by the end of 2019.

“It has been difficult for Macron to find the support for it, but I think also domestically there’s just a long list of other things on his plate so this one has been a difficult issue to champion,” said Meredith Lilly, a Carleton University trade expert.

“It’s a positive signal about (the) rules-based multilateral order in a time when there are all kinds of pressures against it, including in Europe – Brexit, right?” said Lilly, who was an adviser to former prime minister Stephen Harper during the nine years of CETA negotiations that concluded under the Liberals.

Earlier this week, Trump signed an executive order strengthening his protectionist Buy American Act, which requires federal agencies to increase their use of American-made products from 50 to 75 per cent.

International trade lawyer Lawrence Herman said Canadian companies need to be more aggressive with the new opportunities open to them in Europe, especially its new “privileged” access to national and sub national government contracts in a sector valued at $3.3 trillion annually.

“As the U.S. turns inward and as protectionism raises its ugly face in the U.S. we have to look at other opportunities. And I think procurement is one of the areas where we have great possibility in Europe.”

CETA gives Canadian businesses preferred access to 500 million European consumers and a $24-trillion market. In 2018, Canada’s exports to the EU increased by seven per cent to more than $44 billion.

But the Canadian Agri-Food Trade Alliance offered mixed reviews on the deal, saying EU agri-food exports to Canada jumped 10 per cent in 2018, compared with the previous year, which increased Canada’s trade deficit with the EU to $3.5 billion.

Meanwhile, Canadian agri-food exports to the EU have dropped 10 per cent since CETA’s 2017 entry into force, the alliance said. 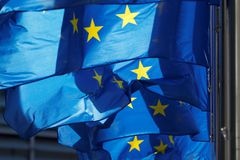 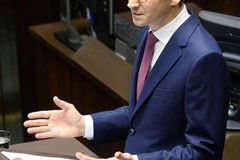 Brexit, Turkey and taxing tech giants tackled at EU summit
October 20, 2017
Report an error
Due to technical reasons, we have temporarily removed commenting from our articles. We hope to have this fixed soon. Thank you for your patience. If you are looking to give feedback on our new site, please send it along to feedback@globeandmail.com. If you want to write a letter to the editor, please forward to letters@globeandmail.com.
Comments