Prime Minister Justin Trudeau says Canada is facing the greatest economic and health challenge since the Second World War, and is recalling Parliament to amend legislation for a wage subsidy program passed last week that has swelled into a $71-billion package for virtually all sectors of the economy, including restaurants, non-profits, charities and large corporations.

Mr. Trudeau characterized Parliament’s recall as part of a “Team Canada” effort to combat the spread of the novel coronavirus that has shut down huge sections of the economy and placed a massive strain on the medical system.

“This is the largest economic program in Canada’s history,” he told his daily news conference on Wednesday. “This must be a Team Canada effort. Governments of all orders across the country are stepping up to fulfill their responsibility to Canadians. Canada hasn’t seen this type of civic mobilization since the Second World War.”

Mr. Trudeau called the tens of billions of dollars in aid to help the unemployed, protect jobs of workers in shuttered businesses, and loans and liquidity measures for business as the “biggest economic measures in our lifetime to defeat a threat to our health.”

The Prime Minister did not say why he wanted the minority Parliament recalled, but Conservative MPs said the massive emergency bill passed last week needs legislative amendments to raise the wage subsidy for small business employers from 10 per cent to 75 per cent. The measure has also been expanded to include large companies, charities and non-profits.

Conservative finance critic Pierre Poilievre said the government should have supported calls for the larger wage subsidy last week when Parliament was sitting to approve Bill C-13, which included the 10-per-cent wage subsidy.

“We will have lost two weeks,” said Mr. Poilievre, who had warned earlier this week that Mr. Trudeau’s promised new wage subsidy would not be legal under Bill C-13. “It does appear as though they’re making it up as they go along.”

NDP Leader Jagmeet Singh also expressed frustration with the time it is taking to get money out the door. In a statement, he noted that he has previously called for the wage subsidy to be increased to 75 per cent.

“We’ve always said we’ll do whatever it takes to get help to people,” he said. “This could, and should, have already been done so that businesses and workers could already be receiving the help they need.”

Bloc Québécois Leader Yves-François Blanchet urged the government to consult opposition parties beforehand on the new measures in order to avoid the disagreements that happened last week over C-13.

“This is very serious,” he said in a statement, adding that companies and other workplaces have already waited too long. “If we have to recall Parliament, let’s do it very quickly.”

Mr. Trudeau reiterated his warning from Friday that there will be “stiff and severe penalties” for employers who try to take advantage of the new program.

At a news conference in Toronto on Wednesday, Finance Minister Bill Morneau said the expanded wage subsidy will cost the federal government $71-billion, but will reduce the demand and fiscal cost of a similar program for unemployed workers.

A related program called the Canada Emergency Response Benefit (CERB) is now expected to cost $24-billion, rather than the previous estimate of $40-billion, as the government expects a new 75-per-cent wage subsidy will reduce the number of unemployed Canadians applying for the CERB.​

Mr. Morneau said the wage subsidy is available to companies that can demonstrate a 30-per-cent decline in revenue from last year, such as by comparing March, 2019, to March, 2020. Companies will need to reapply each month.

The minister said Ottawa expects employers to attest that they are doing everything they can to pay the remaining 25 per cent of their workers’ income.

“We know that this may not always be possible. The system will be flexible,” he said. “So my message to Canada’s employers is get ready to rehire.”

Funds from the subsidy program should be flowing to employers in approximately six weeks, he said, though government officials later said that payments could arrive sooner.

Mr. Morneau said he will be transparent about the costs of government spending, but that now is not the time for a fiscal update on the anticipated size of the federal deficit.

Concerns that many employers won’t qualify for subsidy

Business owners and policy experts expressed concern Wednesday that some of the wage subsidy requirements will leave out many employers.

“It’s not going to help a lot of small businesses,” said Ben Coli, owner of Dageraad Brewing in Burnaby, B.C. Mr. Coli said there are many reasons why companies facing challenges may not meet the requirement of proving a 30-per-cent revenue decline.

“It also creates a perverse incentive to tank,” he said, suggesting companies with less than a 30-per-cent decline in revenue will face hard decisions.

Angella MacEwen, senior economist at the Canadian Union of Public Employees, expressed similar concerns. For instance, the related CERB benefit only applies to individuals with zero income, leaving out contractors who still have some limited revenue coming in.

“These programs have very sharp edges,” she said. “It would be simpler and more effective to give people money now and smooth [it out] via a progressive tax system down the line.”

Allan Lanthier, a former chair of the Canadian Tax Foundation and a retired senior partner of a large accounting firm, said the pressure on companies to cover the remaining 25 per cent of wages will likely reduce the take-up of the program.

“If the employer has to pay 25 per cent of the monthly salary, and fund CPP, EI and other fringe benefits as well, very few employers will participate," Mr. Lanthier said. “Which means that most furloughed employees should apply for the more modest $2,000 monthly CERB amount instead.”

Mr. Morneau will appear before the House of Commons finance committee Thursday to answer questions about the wage subsidy and other economic measures Ottawa has unveiled. The government initially announced a 10-per-cent wage subsidy for small businesses on March 18. That option remains in place for companies that do not qualify for the new benefit. Last Friday, Mr. Trudeau said the government would approve a new 75-per-cent wage subsidy, and on Monday he said it would apply to all businesses.

The Conservatives are also calling on Ottawa to refund the GST remittances to the small businesses that collected them in the past six months and to scrap the $10-per-tonne increase in the carbon tax that took effect Wednesday. 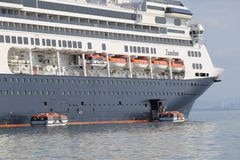 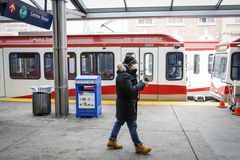