The tape of Jody Wilson-Raybould’s conversation with Michael Wernick does serious harm to Justin Trudeau’s already damaged brand. Unless the Liberals can change the political narrative, they could lose the next election.

Granted, nothing on that tape was particularly new. But now people can hear and judge for themselves. And they are likely to judge harshly. The former attorney-general warns the Clerk of the Privy Council that the Prime Minister’s pressure to secure a plea deal for the engineering firm SNC-Lavalin is dangerous and wrong.

The recording turns a legal dispute into a compelling drama, which is calamitous for the Liberals.

To be at risk of defeat over something so arcane as whether SNC-Lavalin warrants a deferred prosecution agreement seems bizarre, given the government’s track record.

The Liberals have had substantial successes in trade agreements, poverty reduction and fighting climate change.

Until two months ago, they were ahead in the polls. Now, they consistently trail. How could the SNC-Lavalin affair have wrought so much damage in less than eight weeks?

The answer is that warnings of eroding Liberal support had been sounding for more than a year, according to data provided by the polling firm Ipsos. (Disclosure: Darrell Bricker, chief executive of Ipsos Public Affairs, and I have co-authored two books.)

For more than a year, a majority of voters have said that the country needs a change of government. A year ago, the Trudeau government’s approval rating was down at 44 per cent. Over the course of the year, it improved, before falling to 42 per cent in recent months.

As Mr. Bricker tweeted last week: Prior to the SNC-Lavalin story breaking, “Libs were already struggling but not behind. Growing public anxiety about economy created concern about Lib performance. Add in misalignment on issues, we were already headed for a competitive election.”

Public confidence in the Prime Minister was shaken by his disastrous performance during the visit to India in February, 2018. To keep the Trans Mountain pipeline expansion alive, the government bought the pipeline in May, only to be stymied over the summer months by protesters and court rulings. The detention of a Huawei executive for extradition at the request of the U.S. government in December deep-froze relations with China.

The public, in other words, was already wondering about Mr. Trudeau as a leader, before SNC-Lavalin came along and seemed to confirm their worst suspicions.

Will the Liberals be able to move the conversation onto one of their preferred subjects, such as a possible national pharmacare plan? Will they make a dent by accusing Conservative Leader Andrew Scheer of tolerating racial extremists in his party?

Maybe, but not anytime soon. This week, Ms. Wilson-Raybould and fellow dissident Jane Philpott are likely to be expelled from caucus, keeping the story front and centre. (And complicating Liberal hopes of holding on to Vancouver Granville and Markham–Stouffville, should the two run as independents.)

Gerald Butts, who resigned as Mr. Trudeau’s principal secretary over the SNC-Lavalin affair, tweeted Sunday that he had submitted his own notes to the House justice committee.

The Conservatives are vowing to do everything in their power to delay the passage of bills until Mr. Trudeau waves cabinet confidentiality, permitting Ms. Wilson-Raybould to talk about what happened during and after the cabinet shuffle that saw her demoted from attorney-general.

Mr. Trudeau is also smarting from his glib dismissal last week of a protester highlighting health conditions at Grassy Narrows First Nation, for which the Prime Minister apologized the next day. The Tories will be adding the video of that embarrassment to the audio of the taped interview in their campaign ads.

And Ontario Premier Doug Ford is promising to wage all-out war against the Liberal carbon tax, which comes into effect Monday.

But here, at least, policy is trumping scandal. The Liberals are proud of their carbon tax and happy to campaign on it. Over time, attention may shift away from SNC-Lavalin to this and other news.

But much damage has been done. According to the polling firm Angus Reid, Mr. Trudeau is now the least popular major party leader by far. How does he rebuild public trust?

He needs to find an answer to that question. Fast. 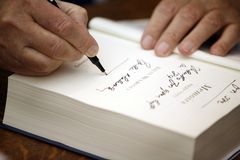 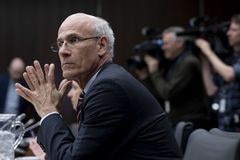 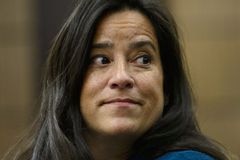