Prime Minister Justin Trudeau says Ontario Premier Doug Ford asked him to suspend the arrival of international students amid concerns about the pandemic’s third wave, and that his office is working to comply with the ask.

“Because, at this time, Ontario is the only province requesting this, we’re happy to work more narrowly with them,” Mr. Trudeau said Friday in Ottawa.

Mr. Ford raised the idea during a conference call the previous day with premiers and territorial leaders, he added.

The Prime Minister said provinces and territories previously gave federal border officials a list of postsecondary institutions that have adequate measures in place to welcome students and ensure proper quarantine, but that Ontario is welcome to provide a list of institutions it would like to see lose the relevant exemptions.

“My office is currently working with Premier Ford’s offices and the authorities in Ontario to do a follow-up to make sure this approach is formalized.”

But Ivana Yelich, media relations director for Mr. Ford, said in a statement, “We have not made a formal request to ban international students, but look forward to the federal government providing solutions to reduce the importation of cases and introduction of variants into Canada.”

Asked about the contradiction, Ms. Yelich said in a subsequent e-mail, “Our statement stands.”

At a news conference in Toronto, Mr. Ford expressed concern about the security of Canada’s borders during the pandemic. He said if he had the power, “I would close down Pearson Airport immediately,” and shut land crossings except to those who are absolutely essential, all to prevent the arrival of vaccine-resistant variants that might cause a fourth wave. He also called on Ottawa to close a “massive loophole” and impose a mandatory three-day hotel quarantine at major land borders.

In his only remark on international students, the Premier said, “It’s not just about the foreign students coming here.”

Before the pandemic, international students made up nearly a quarter of all new enrolments at Canadian universities. They typically pay tuition fees three to five times greater than Canadian students and have become a crucial funding source. International tuition alone was worth roughly $6-billion a year to colleges and universities before 2020.

Linda Franklin, president of Colleges Ontario, said the institutions have “strong safety measures” in place to protect students and prevent the spread of COVID-19.

“We would urge the governments to avoid any unnecessary measures that could hurt our ability to attract students to Ontario. It is essential that we produce as many qualified graduates as possible to help drive Ontario’s economic recovery.”

Steve Orsini, president of the Council of Ontario Universities, said it is his understanding the Ontario government has not made a formal request to ban international students. He emphasized the economic role they play and the range of ideas and experiences they contribute to campuses.

“Ontario universities have robust policies and procedures in place to ensure that students from outside Canada can arrive safely” he said in a statement.

“It’s going back to the notion that COVID-19 spread is due to people from other countries, which is an outdated, racist, xenophobic idea,” she said, adding that she has seen no evidence to indicate that international students have played a significant role in spreading the coronavirus.

With files from Justine Hunter in Victoria. 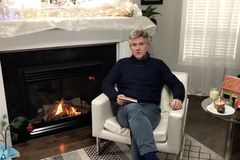 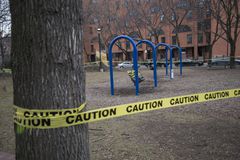 COVID-19 news today: Hundreds of returning travellers have tested positive for a variant of concern
April 29, 2021 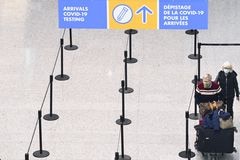 Follow Ian Bailey, Joe Friesen and Laura Stone on Twitter @ianabailey @FriesenJoe @l_stone
Report an error Editorial code of conduct
Due to technical reasons, we have temporarily removed commenting from our articles. We hope to have this fixed soon. Thank you for your patience. If you are looking to give feedback on our new site, please send it along to feedback@globeandmail.com. If you want to write a letter to the editor, please forward to letters@globeandmail.com.
Comments