Marieke Walsh
Ottawa
Published May 7, 2021 Updated May 11, 2021
Comments
Text Size
Please log in to listen to this story. Also available in French and Mandarin. Log In Create Free Account

Justin Trudeau is under mounting pressure to support an international effort to waive COVID-19 vaccine patents but on Friday wouldn’t state where he stands on the matter, and an international aid group accused his government of blocking the effort.

At a news conference, the Prime Minister fielded six questions from journalists asking him to explain Ottawa’s position. In each case, he avoided a direct response and instead said Canada is working to build a consensus at the World Trade Organization where the issue is being debated.

“We are of course continuing to work at the WTO on a range of discussions around proposals and we look forward to moving forward on a consensus basis,” Mr. Trudeau said.

A coalition of members of Parliament from different parties held a news conference on Friday urging Mr. Trudeau to support the waiver. A letter sent to the Prime Minister by MPs had the support of more than 70 MPs, including more than 30 MPs from the governing Liberal Party.

NDP MP Don Davies noted how rare it is for MPs from all parties to unite on an issue. He said the MPs call on Canada to “immediately support” the waiving of intellectual-property trade rules that “are working to prevent countries from producing COVID vaccines.”

The waiver was first proposed by India and South Africa in October on a broader range of COVID-19-related patents and has the support of more than 100 countries – primarily in the developing world. However, it has languished at the WTO, where it requires unanimous support from 164 members to pass.

On Friday, the U.S. branch of the international group Médecins Sans Frontières (Doctors Without Borders) called out Canada for doing just that.

“I can assure you that Canada is not interfering or blocking,” Mr. Trudeau told reporters.

“Countries that continue to oppose the WTO waiver, such as European Union countries, the United Kingdom, Switzerland, Canada, Australia, Norway, Japan and Brazil must now take action, too, and decide to put people’s health before pharmaceutical profits,” the U.S branch’s executive director Avril Benoît said in a press release.

As #COVID19 continues to ravage countries across the globe, a small number of governments continue to block the #TRIPSWaiver.

Ahead of tomorrow's #EUSocialSummit21 we call on @EUCouncil to get on the right side of history. https://t.co/oRfYFURkMm pic.twitter.com/YO2UBAX5Pu

In March, The Globe and Mail reported that Canada was among a group of wealthy countries stalling the WTO talks. At the time, Canada said it was merely asking questions about the patent waiver proposal, rather than opposing it. But a leading drug-company lobby group, the Pharmaceutical Research and Manufacturers of America, in a letter to the U.S. government in March, publicly named Canada as one of several countries opposing the waiver.

On Wednesday, the United States brought renewed momentum to the waiver campaign when it surprised allies and offered support for a narrower waiver focused only on COVID-19 vaccine patents.

The change in position from the White House took place only after a significant number of Americans have been vaccinated and after months of an America-first vaccine policy. Proponents say lifting intellectual-property protections would drive down prices and increase the supply of vaccines because more companies could make the life-saving shots.

“We welcome the shift in position that the United States has brought,” Mr. Trudeau said. He added that Canada is at the WTO “figuring out what the right path forward is.”

At the news conference with Mr. Trudeau, International Trade Minister Mary Ng pointed out that Canada is already tackling other barriers to vaccine access.

On Friday, Conservative Leader Erin O’Toole clarified his party’s position and said the Tories are in favour of a temporary patent waiver.

“Conservatives support a temporary suspension to intellectual-property rules in this pandemic to help get vaccines as quickly around the world as possible,” he told reporters.

NDP Leader Jagmeet Singh said Canada should clearly be siding with the United States on the patent issue.

“We should unequivocally be in favour of the waiver without a doubt. And it’s, to me, disappointing that the Liberals are saying they’re open to a conversation. The United States has already committed to the waiver. We unequivocally should be in support of a waiver.”

Mr. Singh said it is hypocritical of the Prime Minister to appear at a coming online celebrity concert focused on global vaccine equity while not clearly advocating for a vaccine waiver.

With reports from Bill Curry and Geoffrey York 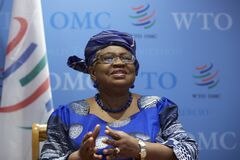 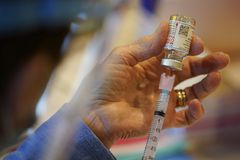 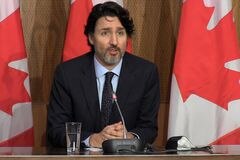