Justin Trudeau travelled a long way last week in his response to the SNC-Lavalin affair. Where will he take it this week?

He has managed to snooker himself on the two big implications of the case: the political damage from allegations that he put pressure on then-justice minister and attorney-general Jody Wilson-Raybould to intervene to halt the bribery prosecution of SNC-Lavalin; and the prosecution itself.

His drip-drip-drip comments about what happened in the case started in the wrong place and wound through some pretty twisted roads.

It now seems that no matter what explanation he might offer next, his credibility is not going to end up unscathed. And when it comes to the actual SNC-Lavalin prosecution, it is now almost inconceivable that the company will be able to settle, though Quebec Premier François Legault keeps calling for a settlement to save jobs and keep the company’s head office in Quebec. A conviction would see SNC-Lavalin automatically banned from bidding on federal contracts for 10 years.

On Tuesday, Liberal MPs on the Commons justice committee will meet opposition counterparts behind closed doors to decide if Ms. Wilson-Raybould and senior Prime Minister’s Office aides will testify. By now, you’d think there is no longer much point in trying to protect the Prime Minister’s image by keeping his former attorney-general from speaking. There isn’t much chance she is going to stay silent forever, anyway.

Mr. Trudeau might spare himself the damage from his own moving responses

On Feb. 7, The Globe and Mail first published the report that PMO aides put pressure on Ms. Wilson-Raybould to direct prosecutors to settle the bribery case against SNC-Lavalin with what is called a remediation agreement, which would allow the company to pay restitution, commit to good behaviour and escape conviction. Mr. Trudeau called the allegations “false,” although the details of his denial were narrow and specific.

Strangely, that shifting tale seems to make some sense. It sure sounds like Ms. Wilson-Raybould felt PMO aides were pressing her to drop the prosecution and that she did raise it with Mr. Trudeau, asking whether he was ordering her to intervene. Perhaps – she has not said anything in public – she was comforted by Mr. Trudeau’s response, but after she was demoted to the Veterans Affairs portfolio on Jan. 14, she felt in retrospect that she had been punished for not taking the hint.

That’s all speculation. But Mr. Trudeau’s government has certainly become tangled in its own nets.

If the PM really wanted to spare SNC-Lavalin from prosecution to prevent layoffs or a foreign takeover – Mr. Trudeau noted on Friday that his government was concerned about jobs being affected – he should have made an open policy decision. As Mr. Trudeau noted, two successive Quebec premiers publicly called for the prosecution to be settled. Remediation agreements are legitimate. The PM could have ordered Ms. Wilson-Raybould to intervene.

But that would be a very high-profile, very controversial leap to spare SNC-Lavalin. The government might have been required to change the law on remediation agreements, which was passed only last year. That law bars prosecutors from considering economic factors when they decide whether to negotiate a remediation agreement; anti-corruption campaigners argue that big companies use such arguments to avoid sanction.

Now it is too late for intervention. The new Justice Minister and Attorney-General David Lametti still has the power to intervene and Mr. Legault is still demanding it be done. But politically, that option would be toxic now. 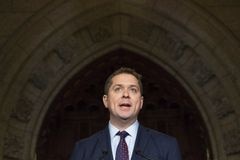 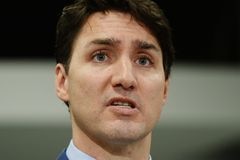 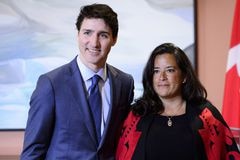