There is a good reason why Justin Trudeau rushed to recognize Joe Biden as president-elect and Kamala Harris as incoming vice-president, even though President Donald Trump refuses to concede.

There is a good reason why European and other members of the Western alliance followed right behind, why more non-aligned states followed after that, and why even some who might have preferred a second term for Mr. Trump are now offering support.

For the West, a Biden presidency represents the best hope for restoring relations shaken to their core by President Trump’s singularly transactional America First strategy.

And it profits any state to recognize that Joe Biden will be president and to declare that expectation, even though some nations will be less happy with the news than others.

It would be an interesting exercise “to map out the degree to which a country wanted Biden and how quickly they phoned,” said Andrea Charron, the director of the Centre for Defence and Security Studies at University of Manitoba.

By that measure, Canada must have wanted a Biden win very, very much. On Nov. 7, at 11:25 a.m. ET, the Associated Press projected that Joe Biden had defeated Donald Trump in the race for President of the United States. Thirty-seven minutes later, Justin Trudeau offered his congratulations to Mr. Biden and Ms. Harris by Twitter.

On Monday, even as Mr. Trump was tweeting out things like “Nevada is turning out to be a cesspool of Fake Votes” (no, it isn’t), Mr. Trudeau became the first world leader to talk with Mr. Biden as president-elect by phone.

As Prof. Charron noted, there are so many critically important issues facing Canada in its relations with the U.S. – a border closed because of COVID-19; the detention by the Chinese of Canadian citizens because of an American extradition request; Buy American policies that could shut out Canadian exporters; the Keystone XL oil pipeline – that Mr. Trudeau no doubt wanted to get Canada’s agenda onto the order paper as quickly as possible.

As Bessma Momani, a political scientist at University of Waterloo, wrote in The Globe and Mail, not all world leaders joined in congratulating Mr. Biden right away. Some of them, such as Russian President Vladimir Putin, benefited from American weakness and withdrawal, and remained silent about the outcome.

But Justin Massie, a political scientist at University of Quebec at Montreal, told me “some countries, including Canada, understand that Biden will be president and want to have good relations with the next president for the next four years.”

Few countries are indifferent to their relations with the United States. Prime Minister Benjamin Netanyahu of Israel, who trumpeted his close relations with Mr. Trump, waited longer than some other world leaders, but ultimately recognized Mr. Biden as the next president.

It will be interesting to see whether Mexican President Andres Manuel Lopez Obrador’s decision to wait until the results are certified affects Mexico’s relations with the next president.

There could be risks attached to the rush to judgment on the part of Mr. Trudeau and other world leaders. Not only does Mr. Trump show no signs of conceding, Senate Majority Leader Mitch McConnell is defending the President’s right to challenge the projected results.

But with the vote count so firmly favouring Mr. Biden, the electoral outcome is not in doubt, whatever Mr. Trump and his supporters may say.

Prof. Massie offers a caveat to all those hoping for a restored and renewed America as global leader.

“A renewed American leadership comes with ‘asks,’ ” he said. In the case of Canada, for example, the Americans will be asking for major Canadian investments to modernize the North American Aerospace Defence Command (NORAD).

“The United States will be asking more from its allies,” he said. “I’m not sure many Western capitals recognize this so far.”

Asking America’s allies to do more, even as they resist, has been a familiar refrain from presidents for many years. But most world leaders would rather hear it from President Biden. To that extent, their congratulations were sincere. 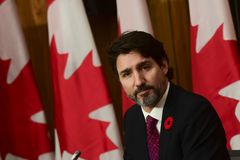 Opinion
Silence has been golden for Trudeau, so he’s wise to shut up now
Subscriber content
November 4, 2020 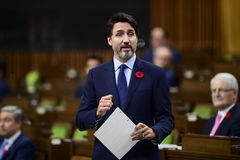