Nearly half of Canadians would support an election being called if the federal watchdog finds Prime Minister Justin Trudeau to have violated the Conflict of Interest Act again over the WE charity affair, a new poll suggests.

The survey by Leger and the Association for Canadian Studies also suggests the WE controversy has taken a bite out of Mr. Trudeau’s popularity, as well as that of the federal Liberal party, putting the Conservatives within striking distance of victory.

“To me these are numbers that will certainly worry or concern the Liberals at this moment because even though it’s in the summer, this is raising a lot of eyebrows,” said Leger executive vice-president Christian Bourque.

The online poll of 1,531 adult Canadians took place July 31 to Aug. 2, in the days following Mr. Trudeau’s appearance before a parliamentary committee to answer questions about the deal with WE. It cannot be assigned a margin of error because internet-based polls are not considered truly random.

The survey results come as federal ethics commissioner Mario Dion is investigating both Mr. Trudeau and Finance Minister Bill Morneau over whether they broke conflict-of-interest rules in relation to the government’s decision to give the WE organization a sole-sourced contract to run a $912-million student-volunteer program.

Mr. Trudeau was previously found to have broken the Conflict of Interest Act for accepting two paid family vacations from the Aga Khan and for improperly pressuring Jody Wilson-Raybould, who was then attorney general, to halt the criminal prosecution of Montreal engineering giant SNC-Lavalin.

The Prime Minister has apologized for not recusing himself from the WE decision, given the connections that he and his family have to the Toronto-based development organization, but denied any wrongdoing. WE backed out of the deal in early July.

Forty-nine per cent of survey respondents said that if Mr. Trudeau is found to have broken the ethics law a third time, there should be an election to decide if he is fit to continue serving as prime minister. Thirty-five per cent disagreed and 16 per cent said they did not know.

Conservative supporters, unsurprisingly, were most in favour at 78 per cent. So were 67 per cent of those who said they intend to vote for the Bloc Quebecois. Those who identified as NDP supporters were almost evenly split while Liberal voters, at 64 per cent, were most opposed to the idea.

Forty-nine per cent of respondents also felt that the WE controversy has hurt their opinion of Mr. Trudeau while 42 per cent said the same thing about the Liberal Party. Fewer than five per cent said it had improved their view of either.

Perhaps most troubling for the Prime Minister and his Liberals is that support for the party among decided voters has slipped by six percentage points in the last two weeks, with the Conservatives, who have not yet elected their new leader, reaping the most recent benefits.

“From a voter-intention perspective, it allows the Conservatives to be back in the game,” Mr. Bourque said.

“Since the start of the pandemic, they were always behind the Liberals. But now they’re within a couple of points and this allows them to be part of the dance now. So as soon as they get a new leader, they could basically say they want an election now.”

Meanwhile, the poll also suggested many Canadians are relatively unenthusiastic about the return of professional sports that have been suspended by COVID-19, with only 32 per cent of respondents saying they were excited and 39 per cent were not.

Forty-nine per cent also said they did not believe professional sports should resume before a vaccine is available versus 33 per cent who did.

Despite this, 42 per cent of respondents said they would like to see NHL hockey resume. A modified version of the Stanley Cup playoffs kicked off on the weekend. 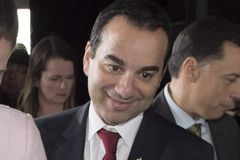 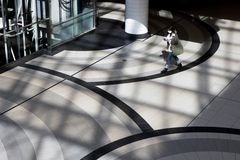 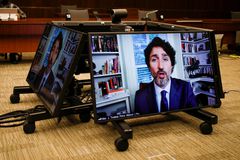