You can imagine the sound heard in Prime Minister Justin Trudeau’s office immediately after the plea bargain in SNC-Lavalin’s corruption case: a loud chorus of “Phew.”

It’s over. It’s not entirely clear if the deal will really allow SNC-Lavalin to confine the repercussions to a subsidiary that pleaded guilty while the parent company carries on.

But for Mr. Trudeau, it will help turn the page on the story that dogged him and his government in 2019. Wednesday was New Year’s Day.

The dark spots on Mr. Trudeau’s legacy are not gone, of course. You can read about them, at length, in the report of Ethics Commissioner Mario Dion.

But the Liberals can celebrate that Canadians won’t be reading daily headlines about the trial that Mr. Trudeau apparently never wanted the company to face, and the case that spawned the SNC-Lavalin affair.

The last thing the Prime Minister needed was a string of reports about how SNC-Lavalin had paid $50-million in bribes to win contracts from the regime of Libyan dictator Moammar Gadhafi. Or that SNC-Lavalin executives set up companies to funnel money to the dictator’s son, Saadi Gadhafi, paid to decorate his Toronto condo, and for lavish “entertainment” – the Montreal newspaper La Presse reported the company paid prostitutes, too.

Most of that was in a statement of facts agreed to by the company and prosecutors Wednesday, but now it won’t be heard in open court day after day.

There will no longer be questions about whether current Attorney-General David Lametti will eventually give SNC-Lavalin the kind of deal that his predecessor, Jody Wilson-Raybould, refused.

There might be a few in the Prime Minister’s Office who pause to note that, after all the scandal, the plea bargain struck by prosecutors in the end wasn’t that far from what SNC-Lavalin wanted all along.

Mr. Trudeau’s aides and officials put pressure on Ms. Wilson-Raybould to order prosecutors to offer the company a deferred prosecution agreement, or DPA. That would have seen the company pay a hefty fine, and admit wrongdoing, but avoid conviction. The company was keen to avoid conviction, because that would lead to it being barred from bidding on federal contracts for a decade.

The plea bargain was negotiated, too, and it will see the subsidiary, SNC-Lavalin Construction Inc., pay a $280-million fine and admit wrongdoing. There was a criminal conviction, it was in the name of that subsidiary, not SNC-Lavalin Inc., and the company seems to think it will be allowed to keep bidding on federal contracts.

The upshot appears to be this: Mr. Trudeau’s politically costly intervention in the SNC-Lavalin case was, in retrospect, pointless. If Ms. Wilson-Raybould had intervened in the high-profile case, the result wouldn’t have been much different from how it turned out. But along the way, Mr. Trudeau lost two cabinet ministers, a big chunk of his reputation and a majority government.

That’s the pain of the past. The plea bargain will help Mr. Trudeau move on. He always said he didn’t order Ms. Wilson-Raybould to intervene, and no one intervened. Now they can argue the government never actually changed the course of the case.

Of course, opposition parties won’t let it go without a shot. NDP ethics critic Charlie Angus applauded the result while lambasting Mr. Trudeau for interfering. “The system worked as it should once the Liberals got out of the way,” he said in a press release.

But the Liberals now have reason to believe that time will make the SNC-Lavalin affair fade, rather than return. The band aid is finally off. Never mind the scar.

Mr. Trudeau will count the case that cursed him in 2019 as closed. Don’t expect to hear him talk about it in 2020. 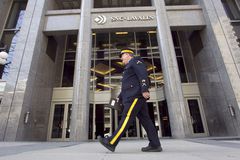 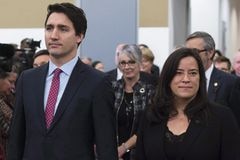 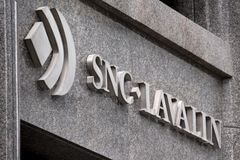