The Foreign Affairs Minister is doing a lot of travel within Canada. When Chrystia Freeland goes to a steel-pipe manufacturer to talk about the new North American free-trade deal, as she did Friday, it is a way to send a message that the Liberals are concerned with lunch-box issues, industry and jobs.

It also says something else: that there are stars in the Liberal government besides its leader. She is now the biggest political asset in Mr. Trudeau’s cabinet.

It also raises another question in the weeks before a federal election campaign: Where are Andrew Scheer’s stars?

The Conservative Leader has a campaign that has recruited local worthies – mayors or provincial politicians – not high-profile national stars.

Back in 2015, a team of shiny stars was a major part of Mr. Trudeau’s campaign. The Conservatives of then-prime minister Stephen Harper were blasting the relatively inexperienced Liberal Leader as “not ready,” so Mr. Trudeau’s campaign told voters to look at all the smart people around him.

There was Bill Morneau, a Bay Street CEO, Ms. Freeland, a well-known journalist, and young stars such as Mélanie Joly, who had made an eye-catching run for mayor of Montreal.

Now they’re not really stars any more, tarnished or dented by the wear-and-tear of controversy or time in office. It is Ms. Freeland, and the cred she built up as the minister in charge of North American free-trade talks, who is the star now.

The Foreign Minister’s political value isn’t in explaining the government’s policies toward Africa or Latin America. The NAFTA role saw her travelling the country talking about cars and steel and agriculture. She has become the minister who talks about Canadian industry and jobs; there have been surveys that indicate she is the most positively viewed Liberal minister.

A prominent minister – and few ministers are prominent outside their own region – can help the Liberal government use its home-field advantage in the summer months before an election campaign by travelling the country making funding announcements and doing public events.

Last Friday, Ms. Freeland was in Calgary visiting Tenaris, a company that makes steel tubing, and then attended a round table with people from the agricultural industry. This week, she’ll go to Nova Scotia to visit companies in the steel and aluminum industry, and exporters linked to the port in Halifax. Next week, she will be in Quebec meeting labour groups.

Mr. Scheer, as the Opposition Leader, doesn’t have the same advantage. He also doesn’t have too many high-profile figures. He has some former cabinet ministers with a little name recognition: Lisa Raitt, Erin O’Toole and Pierre Poilievre, for example. But former ministers are not particularly famous. Neither are current ones. A few years into Mr. Harper’s tenure as PM, the Conservatives conducted an internal poll that found cabinet ministers didn’t really have a national profile with the exception of Peter MacKay, who had been the leader of the Progressive Conservatives before the merger that formed the Conservative Party.

Mr. Scheer himself still isn’t a well-known leader with a defined image, but his campaign isn’t aimed at bolstering his leadership with a star team, as Mr. Trudeau did in 2015. Instead, they have looked for people who are well-known in their riding, figuring that might give them a more practical edge at the ballot box. An example they cite is Yves Lévesque, who served as mayor of Trois-Rivières for 17 years and is now running for the federal seat there.

That will have an impact in and around Trois-Rivières, even if he might not be “known from one ocean to the other,” said Gérard Deltell, the MP for the Quebec City riding of Louis-Saint-Laurent, who, as a former TV journalist and provincial party leader, is perhaps the party’s best-known Quebec MP. Stars didn’t always work for Mr. Trudeau, he argued: Mr. Morneau made profits in the private sector but ran deficits in government, he said. “He did the opposite.”

The Conservatives say they are going to spend their time on winning seats, and focus on telling the story of Mr. Scheer – rather than the team around him. He hasn’t faced quite the same attempts to define him as “not ready” that Mr. Trudeau did in 2015.

But still, there was a round of third-party TV ads that labelled Mr. Scheer as “weak.” When the campaign comes, the rookie leader will be the sole national focus, without a team of stars – running against a PM whose shiny lineup has shrunk. 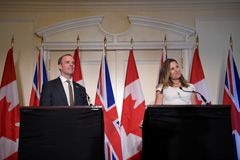 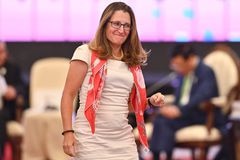