If U.S. President Donald Trump gets his way, North America may soon embark on a massive, life-and-death medical experiment with hundreds of millions of people as guinea pigs, including you and me and our American friends and relatives.

Unwilling to bear the economic pain of shutting down businesses and keeping people at home to fight the coronavirus pandemic, Mr. Trump has declared he wants the American economy “opened up and raring to go,” by Easter weekend, less than three weeks from now, though with the most vulnerable still in isolation and people exercising care around each other.

“We can’t let the cure be worse than the problem,” the President has taken to saying, and tweeting.

“Social distancing is our best tool” to confront “the greatest health care crisis” in Canada’s history, he reiterated at Wednesday’s press conference.

This means that in a few weeks, many Americans could go back to living their normal lives – while greatly increasing their risk of acquiring COVID-19 – even as Canadians continue to shelter in place. For two countries so intimately linked to take such polar-opposite approaches on this critical issue seems perverse. But we are on that path.

The President’s declaration could be a recipe for chaos: Washington will be urging Americans to return to work, even as governors in the hardest-hit states, including New York, urge them to remain isolated.

“We’ll probably continue to see a patchwork response in the U.S.: no nationwide lockdowns, but no uniform policies on resuming economic activity, either,” predicts Roland Paris, a political scientist at University of Ottawa and former foreign policy adviser to Mr. Trudeau.

The partisan divide could grow even more toxic, with many Republican governors obeying the President’s decree and many Democratic governors defying it. Even now, commentators on Fox News are cheering, and their counterparts on CNN condemning, the idea.

North of the border, government officials were stressing Wednesday that the duration of the Canadian lockdown should be measured not in days or weeks, but in months. The risk here is that public health officials and political leaders may be asking for more than the Canadian economy, and Canadians themselves, can take.

Peter Loewen, a professor at the Munk School of Global Affairs and Public Policy at University of Toronto, is deeply concerned by the risks the Trump administration is prepared to run with the health of U.S. citizens.

But he adds it is very much in Canadians’ interests to see the American economy return to health as quickly as possible, because “prolonged economic failure” in the United States “would be a shockingly big drag on our economy.”

There is bound to be increased tension between the Canadian and American governments if the two pursue different approaches. It doesn’t bear contemplating how Mr. Trump would react if told that American auto factories can’t start up because Canadian auto parts manufacturers are still shut down.

Perrin Beatty, president of the Canadian Chamber of Commerce, stresses the critical importance to this country’s economy of maintaining international supply chains. And when the Canadian and American economies do power back up, “it would be good if they did it together,” he said.

But Mr. Beatty doesn’t expect to see Americans back at work by Easter, because the growth of infections and deaths in the United States over the next three weeks will render such a scenario impossible. In any case, he strongly supports the Canadian government’s approach to fighting the pandemic.

There are several possible scenarios going forward. In one, the American approach proves correct, whether the return to work occurs in three weeks or somewhat later. Quarantining the vulnerable while everything else returns to normal restores the economy without overwhelming hospitals with sick and dying COVID-19 patients. In that case, pressure would grow on Canadian governments to ease quarantine restrictions and let businesses reopen.

Or the bodies could pile up in the United States, with horrific images of patients crowding makeshift hospitals and army trucks stacked with coffins, in which case pressure might grow in Canada for further restrictions on the border, even if it means more economic harm.

In any case, says Prof. Paris, “in this chaotic environment, Canadian leaders need to do what’s right for Canadians. Period.” Amen. 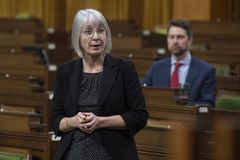 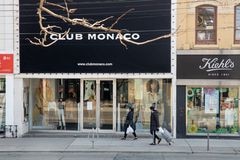