President Donald Trump has selected a wealthy doctor and philanthropist as the next envoy to Canada, if current Ambassador Kelly Knight Craft is confirmed by the U.S. Senate to head the American mission at the United Nations.

A U.S. administration source, to whom The Globe granted anonymity because they were not authorized to speak publicly, says the President has decided to name Aldona Wos, a Republican donor from North Carolina, to replace Ms. Craft as Canada’s next ambassador.

Ms. Wos is a retired physician who was born in Poland and whose father survived the Flossenburg concentration camp. She was named by former president George W. Bush to serve on the board of the U.S. Holocaust Memorial and later as envoy to Estonia from 2004 to 2006.

She is a member of the Council on Foreign Affairs and vice-chair of the President’s Commission on White House Fellows. She and her husband, technology executive Louis DeJoy, both raise money for the Republicans and have a foundation for advanced education.

She would replace Ms. Craft, a wealthy Kentucky Republican businesswoman and spouse of coal magnate Joe Craft, who was recently nominated by the Trump administration to become the UN ambassador. The UN post had been vacant since former South Carolina Governor Nikki Haley resigned last October. She is the first woman to hold the U.S. ambassador role in Ottawa.

A senior Canadian government official, who was not authorized to speak publicly, said Ottawa has not been formally told that Ms. Wos would be the next envoy.

Bloomberg first reported on May 31 that the Trump administration was considering Ms. Wos as ambassador to Canada. The White House declined to comment.

Christopher Sands, a senior professor of Canadian Studies at John Hopkins University, said Ms. Wos would need to get up to speed on the new United States-Mexico-Canada Agreement and ensure Canadians she has access to top powers in the Trump administration.

“She comes in with the Trudeau government already having established channels in the White House [so] she may find herself out-manoeuvred by either the White House or Canadian officials trying to go straight to the White House,” Prof. Sands said.

Ms. Wos has several contentious issues to deal with if Ms. Craft is confirmed to the UN post in July.

The issue was raised in the Oval Office meeting on Thursday by Mr. Trump but Prime Minister Justin Trudeau said no decision will be made until a cyber security review of Huawei is complete.

Another complicating factor is the arrest of Huawei senior executive Meng Wanzhou in December at the request of U.S. authorities, based on violations of U.S. sanctions against Iran.

China has demanded the immediate release of Ms. Meng and responded by arresting two Canadian -- Michael Spavor and Michael Kovrig -- and hitting Canada with a punishing blockade of Canadian canola, pork, beef and other products.

Ms. Craft, who appeared before the U.S. Senate foreign affairs committee‘s confirmation hearings on Wednesday, has played a low-key public role in Canada during her tenure as the Canadian envoy, but was central in Ottawa-Washington diplomatic talks, particularly during the contentious renegotiation of the North American Free Trade Agreement.

Ms. Craft has strong connections to some of Washington’s most powerful politicians, including Republican Senate Majority Leader Mitch McConnell, Vice-President Mike Pence and Secretary of State Mike Pompeo. She and her husband donated US$2-million to the Trump campaign in 2016.

“Kelly Craft had a close relationship, not only with Mitch McConnell on the congressional side but also with the President and she seemed really good at working him,” Mr. Sands said. “The question is whether her replacement would be as effective.”

Mr. Trudeau praised Ms. Craft for her work on the new continental trade pact during an Oval Office meeting with the President last Thursday, according to a source.

Ms. Craft worked closely with U.S. Trade Representative Robert Lighthizer and the White House and was seen as an important conduit in the NAFTA talks. She is credited with helping to convince the White House to withdraw tariffs against Canadian steel and aluminium and to back off a threat to impose tariffs on Canadian uranium.

“She did a lot that was very effective. She glued herself to Robert Lighthizer during the USMC talks and while she wasn’t there pushing proposals, she was listening and building bridges,” Prof. Sands said. “She served as a kinda of back-channel to say ‘let’s keep talking, let’s find a way.’ I think it would have been a lot rougher with aluminum and steel tariffs ... she kept everybody on track.”

Prof. Sands said Ms. Craft could still play an important role for Canada, even if she is at the UN.

“She is going to be potentially a good ally to have if Canada tries to get the UN Security Council rotating seat again,” he said. 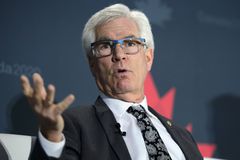 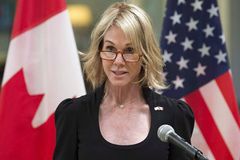 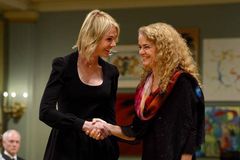