U.S. President Donald Trump is dispatching his point man on Huawei Technologies to Ottawa Monday to press the Trudeau government on barring the Chinese telecom giant from next-generation 5G wireless networks in Canada.

Robert Blair, White House special representative for international telecommunications, will be laying out U.S. national-security objections over Huawei’s 5G wireless gear in a meeting with Public Safety Minister Bill Blair and senior officials from the departments of Innovation, Foreign Affairs and Defence, Canadian and U.S. sources say. The Globe and Mail is keeping their names confidential because they are not authorized to publicly comment on the matter.

The U.S. source said that the special representative, who is deputy White House chief of staff as well, will also warn Canada that it could lose access to sensitive intelligence if Huawei is allowed to sell its 5G gear to Canadian wireless carriers.

This is the first high-level U.S. visit to Ottawa that is solely in support of the U.S. campaign to press allies to bar Huawei from Western telecommunications infrastructure

Washington had also planned to send deputy national-security adviser Matthew Pottinger and economic adviser Larry Kudlow, but they had to cancel to deal with the coronavirus crisis, according to the sources.

The Trump administration, U.S. national intelligence agencies and Congress have led a global campaign against Huawei, arguing that it poses a risk to Western national security. Other countries building 5G networks without Huawei for this reason include Australia, Japan and Taiwan.

Canada is the only member of the Five Eyes intelligence-sharing alliance – the others are the U.S., Australia, New Zealand and Britain – which has yet to decide whether to bar Huawei from 5G.

Australia, which is more heavily dependent on Chinese trade, has joined the U.S. ban of Huawei, and New Zealand has rejected one wireless carrier’s proposal to use Huawei gear in a 5G network.

Britain angered Washington last month when it took a different course than other Five Eyes members. It rejected U.S. calls for a ban and instead limited Huawei to 35 per cent of the British telecommunications market, banned it from sensitive areas and promised regular testing of Huawei gear for any possible backdoors.

Canada has been conducting a cybersecurity review since last year but has given no indication when a decision will be forthcoming despite pleas from Canada’s telecom carriers for Ottawa to make an announcement. Even with the review under way, Telus announced last month that it would proceed to build its 5G network with Huawei gear.

The Globe has reported that the Canadian military and Canadian Security Intelligence Service want Huawei barred while the Communications Security Establishment, which handles cybersecurity, believes Huawei gear can be tested and monitored for possible backdoors.

The department of Innovation, Science and Industry is also involved in evaluating whether to allow Huawei into the country’s 5G networks.

Innovation Minister Navdeep Bains said last week – in an apparent reference to the U.S. campaign against Huawei – that Canada “won’t get bullied by any other jurisdiction” in its decision.

When the CBC’s Power & Politics asked Mr. Bains whether he was referring to the Trump administration, he said: “Maybe that was the wrong choice of words. …We won’t be influenced by other jurisdictions. We will make our own independent decision.”

Asked again if he felt that the United States was “bullying Canada", Mr. Bains said “countries have raised their concerns.”

Separately, Foreign Affairs Minister François-Philippe Champagne has hired an adviser on Asia-Pacific matters who, in a paper published online last December, advised against Canada allowing itself to be drawn too deeply into a U.S.-China conflict.

“Given deepening U.S.-China antagonism, there is a danger that Canada is siphoned into a higher-level sharp conflict of hearts and minds against China, which would not serve Canadian interests,” University of Ottawa professor Pascale Massot wrote in a paper titled Global order, U.S.-China relations and Chinese behaviour: The ground is shifting, Canada must adjust.

“The current dominant narrative depicting China as a threat to the global order creates a hunkering down mentality and is not conducive to seeing the global order’s limitations and need for reform or to engaging system outsiders in a constructive way,” she wrote.

“A key question for Canadian foreign policy going forward will be how to carve room for manoeuvre given the triangular nature of the U.S.-China-Canada relationship.”

There is a bipartisan consensus in the U.S. Congress that Huawei should be banned. Republicans in both houses have even tabled legislation to ban intelligence sharing with allies that use Huawei 5G gear.

Last year, the Democratic vice-chair of the U.S. Senate intelligence committee, Mark Warner, urged Canada to set aside any ill feelings toward Mr. Trump and join the U.S. in blacklisting Huawei.

Editor’s note: An earlier version of this story incorrectly said South Korea and India had banned Huwei from participating in the building of 5G networks. 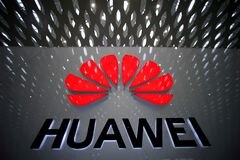 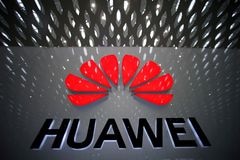