Two of Canada’s biggest wireless carriers – BCE Inc. and Telus Corp. – are declining to reveal whether U.S. national security officials have asked them to avoid telecommunications equipment made by China’s Huawei when building their next-generation 5G mobile technology networks.

BCE, Telus and, to a lesser extent, Rogers all use Huawei equipment in their cellular networks, and as the Shenzhen-based company has made inroads in the Canadian market in recent years, the carriers have come to rely on it to spur more competitive pricing in an area that requires constant capital investment.

The Wall Street Journal reported last week that Washington has initiated a high-level outreach campaign to foreign allies, trying to persuade wireless and internet providers in these countries to avoid Huawei equipment because of national security concerns.

Huawei equipment is already in wide use globally, including in the United Kingdom, Germany, Italy and Japan.

Huawei has been effectively barred from the U.S. telecom equipment market since 2012 when a congressional report labelled it as a national security threat. The chiefs of six U.S. intelligence agencies and three former heads of Canada’s spy services have said publicly they consider Huawei one of the world’s top cyberintelligence threats and that its 5G technology could be used to conduct remote spying, maliciously modify or steal information, or even shut down systems.

The WSJ said the officials from the U.S. National Security Council, as well as the Commerce, Defence and State departments, have produced briefing notes about why they believe Huawei telecom equipment poses national security risks. U.S. officials have reached out to allied governments and foreign telecom executives and emphasized how their internet and wireless networks could be more susceptible to cyberattacks and espionage, the WSJ reported.

Telus spokesman Richard Gilhooley told The Globe and Mail that “we’re not able to comment on whether we have been approached by U.S. officials." BCE media spokesman Nathan Gibson did not return e-mails or phone messages in response to questions about whether the telecom giant has been contacted by U.S. officials.

However, Rogers spokeswoman Sarah Schmidt said it had not been contacted by the United States. That’s maybe because Rogers, the country’s second-largest telecom firm after BCE, has a limited amount of Huawei equipment in its 4G network infrastructure, and has already announced it will be using technology from Sweden’s Ericsson to build its 4.5G and 5G networks after signing an agreement with the Stockholm-based firm.

The new Canadian Centre for Cyber Intelligence, which is responsible for safeguarding Canada from cyberattacks and spying, also refused to comment on what it knew about the United States’s efforts to reach out to Canadian telecom executives.

The U.S. State Department did not deny that discussions have taken place with telecom executives in Canada and other countries allied with the United States.

“The U.S. advocates for secure telecom networks and supply chains that are free from suppliers that are subject to foreign government control or undue influence, in order to reduce the risks of unauthorized access and malicious cyberactivity,” the State department said in an e-mail. “We routinely urge allies and friends to consider such risks and exercise similar vigilance in ensuring the security of their own telecom networks and supply chains.”

In an interview in early November, BCE chief executive officer George Cope did not comment specifically on any conversations about Huawei with national security officials from any country.

“We’ve had obligations that we’ve had to meet with the Canadian government and we’ve always met them, as has Huawei,” Mr. Cope said, adding that BCE does not use Huawei equipment in its core network, “so I’m relaxed about it.

“I know it gets written about, and there are commercial reasons for other organizations maybe to not want the product sold in certain geographies, so there’s some business forces at work there. But at the end of the day, we just make sure we follow the rules.”

Mr. Cope said Huawei “is an incredible company from a technology perspective and the real benefit of that is Canadians get this great technology. Do we want to deprive Canadians of some of the best worldwide infrastructure?”

Public Safety Minister Ralph Goodale recently told The Globe that Ottawa is conducting a national security review to determine whether Canada should join the United States and Australia in banning Huawei.

Mr. Goodale said the federal review is examining the potential economic benefits of Huawei 5G technology and the potential threat that the Chinese company could place spying devices in the core networks.

The review is in the early stages, but Ottawa wants it to be concluded without much delay, given that Washington has been increasing pressure on three of its Five Eyes intelligence-sharing allies – Canada, Britain and New Zealand – to join the United States' and Australian ban on Huawei. New Zealand recently announced it is also studying whether to ban Huawei.

Wind Mobile, which is now owned by Shaw Communications Inc. and known as Freedom Mobile, used Huawei equipment when it first built its core network, but later replaced it in favour of Nokia gear. Freedom is working with Nokia on 5G tests.

Canadian companies warned about espionage if they use technology from foreign state-owned firms
November 25, 2018 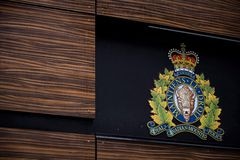 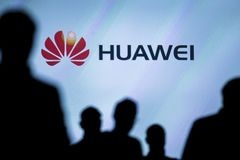 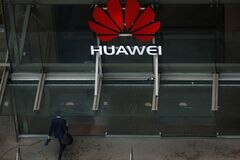 Follow Robert Fife, Steven Chase and Christine Dobby on Twitter @RobertFife @stevenchase @christinedobby
Report an error Editorial code of conduct
Due to technical reasons, we have temporarily removed commenting from our articles. We hope to have this fixed soon. Thank you for your patience. If you are looking to give feedback on our new site, please send it along to feedback@globeandmail.com. If you want to write a letter to the editor, please forward to letters@globeandmail.com.
Comments