Canada for the first time is being publicly named as one of the countries helping fuel the war in Yemen by a panel of independent experts monitoring the conflict for the United Nations and investigating possible war crimes by the combatants, including Saudi Arabia.

In a report for the period ending in June, 2020, the panel included Canada on a list of countries selling arms to those waging the conflict in Yemen: a coalition led by Saudi Arabia, and Houthi rebels backed by Iran.

The countries identified in the report, which also include the United States, Britain and France, “continued their support of parties to the conflict including through arms transfers, thereby helping to perpetuate the conflict," the report said. It was the third report issued so far by the UN Human Rights Council’s panel on Yemen.

Ardi Imseis, a professor of law at Queen’s University and a member of the panel, said at a news conference on the report that Canada was added to the list of named countries because of an increase in arms sales in 2019.

“We therefore reiterate our call for states to stop transferring arms to the parties to the conflict,” he said.

Canadian shipments of military goods to Saudi Arabia hit a record high in 2019, almost entirely owing to a $14-billion contract brokered by a federal Crown corporation to sell light armoured vehicles (LAVs) to the kingdom. Canada exported nearly $2.9-billion worth of military equipment to Saudi Arabia last year, nearly all of it LAVs made in London, Ont., by a subsidiary of U.S. defence contractor General Dynamics Corp.

“Given Canada’s historical commitment to the rules-based international order, including the need to ensure protection of civilians in armed conflict, it is imperative that Ottawa review its ongoing flow of arms to parties to the conflict, namely Saudi Arabia and the United Arab Emirates,” he said in a statement to The Globe and Mail.

“Providing the instruments of war to any side in the Yemen conflict will only serve an enabling function, thereby continuing the conflict to the great detriment of civilians in Yemen.”

Canadian-made LAVs operated by Saudi soldiers have been filmed in skirmishes across the Saudi Arabian-Yemeni border.

The Trudeau government has faced pressure from human-rights advocates to end the LAV deal with Saudi Arabia, but has declined, saying taxpayers could face a big financial penalty if the transaction were cancelled.

Peggy Mason, president of the Rideau Institute, a policy research and advocacy group, called the report a black mark for Canada.

She said it also undermines claims made by the Canadian government in April after it ended a moratorium on approving new arms-export permits for Saudi Arabia that was imposed in 2018 in response to the murder of journalist Jamal Khashoggi at the hands of Saudi agents.

A memo released in April by the federal department of Global Affairs to justify continuing arms shipments to Saudi Arabia said: “Canadian exports of military goods and technology to [the kingdom] contribute to regional peace and security.”

The memo also noted that previous reports by the UN panel of experts on Yemen had not faulted Canada for arms exports to combatants, even though they “explicitly questioned the legality of arms transfers by France, the United Kingdom and the United States.”

Ms. Mason said Canada can no longer claim to have avoided censure. She said the new UN report “leaves no doubt that Canada too is undermining regional peace and security.”

The Canadian government declined to comment on the Yemen report. “Canada remains deeply concerned about the situation in Yemen and supports a political solution as the only way to end the ongoing conflict,” Global Affairs spokesman John Babcock said. “Canada has one of the strongest export-controls systems in the world, and respect for human rights is enshrined in our export-controls legislation.”

The Yemen conflict is widely seen as a proxy war between Saudi Arabia and its regional foe, Iran. More than 100,000 people have been killed and millions are on the brink of famine, aid agencies say.

The expert panel urged the UN Security Council to refer the situation in Yemen to the International Criminal Court for possible prosecutions.

Irwin Cotler, a former Liberal justice minister, said the experts' report highlights the significant humanitarian suffering caused by the war, “a plight and pain that has been intensified by the targeting of civilians by both the Saudi military and Iran-backed Houthi rebels.” The report underlines how “the sale of LAVs to Saudi Arabia comes with a major humanitarian cost," he said.

As of July, 2020, Canada had exported another $866-million worth of armoured vehicles to Saudi Arabia this year, according to Statistics Canada data obtained by York University doctoral student Anthony Fenton, who is researching Canada’s relations with Persian Gulf Arab states.

Thomas Juneau, an associate professor at the University of Ottawa’s Graduate School of Public and International Affairs, said Canada’s arms sales to Saudi Arabia pale in comparison to military exports from the United States and Britain. “This is not to defend Canada in anyway ... but the weapons and logistical support, intelligence and refuelling support that the U.S. and U.K. provide do far more to fuel the war than we do.” 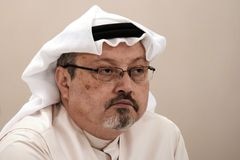 Saudi Arabia says flights to and from the UAE ‘from all countries’ can fly over kingdom
September 2, 2020 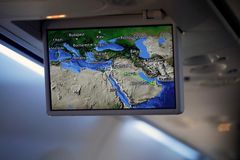 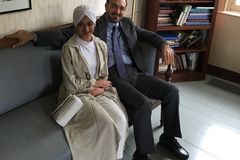