A House of Commons committee is unanimously urging Prime Minister Justin Trudeau to promise he won’t call a federal election while the COVID-19 pandemic rages across Canada.

In a report by the procedure and House affairs committee, even Liberal members supported a recommendation calling for a commitment that there will be no election during the pandemic, unless Trudeau’s minority Liberal government is defeated on a confidence vote.

The committee makes no similar call for opposition parties to promise not to trigger an election during the pandemic by voting non-confidence in the government.

However, NDP Leader Jagmeet Singh has vowed his party won’t vote to bring the government down as long as the country is in the grip of COVID-19.

That should be enough to ensure the survival of the minority Liberal government for the foreseeable future, unless Trudeau decides to trigger an election himself.

Trudeau has repeatedly insisted he has no interest in forcing an election but opposition parties remain suspicious.

“Unfortunately, the Liberal government has already indicated their desire to recklessly send Canadians to the polls at whatever time they deem to be the most advantageous for the prime minister,” the Conservatives say in a supplementary report to the committee’s report.

Indeed, the Conservatives assert, without explanation, that Trudeau has already tried to orchestrate his government’s defeat.

They thank Liberal committee members for taking “a stand against the whims of the prime minister, who has been eagerly pressing towards an election for the last few months.”

At the same time, Conservatives appear to be pursuing a strategy that could give Trudeau justification for calling an election: Liberals accuse the Tories of systematically blocking the government’s legislative agenda, including repeatedly delaying a bill authorizing billions in pandemic-related aid.

They’ve also blocked debate on a bill that would give Elections Canada special powers to conduct an election safely, if need be, during the pandemic.

Bill C-19 is the government’s response to chief electoral officer Stephane Perrault, who has said special measures are urgent given that a minority government is inherently unstable and could theoretically fall at any time. However, some opposition MPs view the legislation as proof that the Liberals are planning to trigger an election.

In their own supplementary report, New Democrats argue that an election in the midst of the pandemic “has the potential to undermine the health of our democracy.” They point to the current delay in Newfoundland and Labrador’s election due to a COVID outbreak as an example of the “delays, confusion and unforeseen barriers in voting” that could undermine Canadians’ confidence in the outcome of a federal election.

“This raises the spectre of a government whose political legitimacy is openly challenged,” the NDP committee members say, adding that could lead to the kind of crisis that provoked a riot at the U.S. Capitol on Jan. 6 by supporters of former president Donald Trump.

The Capitol riot, sparked by Trump’s unfounded claims that mail-in ballots were fraudulent, appears to have been on the minds of opposition committee members when it comes to other recommendations for how to safely conduct an election, if necessary, during the pandemic.

Anticipating a massive increase in mail-in ballots, the chief electoral officer has, among other things, suggested that mail-in ballots received one day after the close of in-person polls should still be counted.

The Conservatives say the procedure and House affairs committee should have rejected that proposal, arguing that “the election should end on Election Day and Canadians deserve to know the results without delay.”

Bloc Quebecois committee members, in their supplementary report, similarly argue that extending the deadline for receipt of mail-in ballots “would delay the election results, which would fuel voter suspicion and undermine confidence in the electoral system, which is obviously undesirable.” 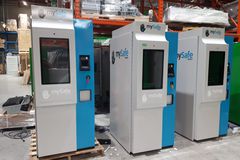 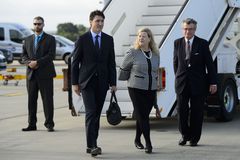 Ottawa coming up with plans to counter security threats to Canada’s economy
March 1, 2021 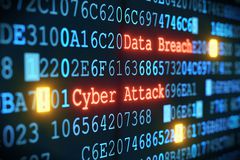