A University of Ottawa professor is questioning how much Justin Trudeau’s government has accomplished for minority Canadians in the wake of controversy over his wearing racist makeup, noting that a federal program that can bar business contractors not meeting diversity targets has so far not barred a single company from bidding.

After Mr. Trudeau was revealed to have worn brownface and blackface makeup in his past – as recently as the age of 29 while a teacher – Liberal defenders of the party leader said this incident shouldn’t obscure the good he has accomplished for minority Canadians.

However, Amir Attaran, a University of Ottawa professor who has been fighting for better hiring of minorities, points to the record of the Federal Contractors Program (FCP), which is supposed to ensure suppliers who conduct business with the federal government achieve and maintain a work force that “is representative of the Canadian work force,” including women, Indigenous people, members of visible minorities and people with disabilities.

The program, which was first set up in the mid-1980s, applies to companies with a combined work force of 100 or more employees, which have earned at least one federal government contract valued at $1-million or more.

The website for this program says contractors “found in non-compliance” will be placed on what’s called the “FCP limited eligibility to bid list” and lose the right to bid on federal government goods-and-services contracts, standing offers or supply arrangements of any value.

But the Federal Contractors Program website currently says “there are no names on the FCP limited eligibility to bid list.”

Prof. Attaran says this reflects poorly on the government’s record. He said it’s highly unlikely the hundreds of companies and institutions covered by this diversity rule are in 100-per-cent compliance.

“A government that is against racism has to be a government that punishes contractors, universities and other institutions when they violate their requirements to employ non-white people,” he said.

Prof. Attaran said the lack of barred companies suggests the federal government is not serious about equity in the workplace.

“You want to make a difference? Make sure those workplaces are equitable. Because they are getting our tax dollars and signed contracts to fully respect employment equity.”

No one from the federal department of employment and social development was immediately available to answer questions about the Federal Contractors Program.

The Globe and Mail asked the Canadian Council for Refugees, the Canadian Civil Liberties Association and the Canadian Race Relations Foundation for comment on whether the Trudeau government had made strides in helping people who are marginalized or victimized by stereotypes or racism. All three organizations declined to comment Thursday.

Liberal candidate Greg Fergus, who is running for re-election in the Quebec riding of Hull-Aylmer and who has chaired an all-party black caucus of parliamentarians, said he spoke directly with Mr. Trudeau on Wednesday evening and accepts his public apology.

“He gave me a call and we had a really good conversation about this. It’s going to be rough. People are feeling hurt,” Mr. Fergus told reporters at a campaign event in Ottawa on Thursday.

Mr. Fergus said he has been in regular contact with Canada’s black community since the images became public.

“People are willing to cut him some slack and forgive him because he has a track record. Because he’s shown what he has done when he’s had the opportunity to improve the lives of black Canadians and people from all backgrounds,” he said.

The Liberal campaign communications team released a list of efforts to promote diversity undertaken by the Trudeau government, including: 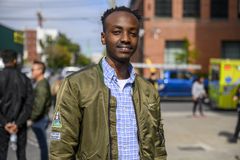 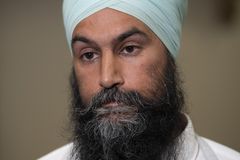 Opinion
Singh may be the biggest beneficiary of Trudeau’s blunders
Subscriber content
October 19, 2019 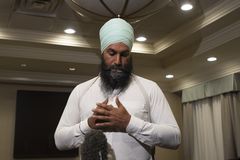