The U.S. government has removed tariffs on Canadian aluminum first announced in August but also warned it will reimpose them if shipments to the United States exceed quotas in the months ahead.

The reversal was announced just two hours before Canada was set to unveil $3.6-billion in retaliatory measures on U.S. imports on Tuesday.

Canada and the United States have been locked in a battle over the tariffs for months with the U.S. pushing for an agreement on tariffs triggered when shipments exceed certain volumes. The result of this dispute is the U.S. has unilaterally imposed its own tariff-rate quota on Canadian aluminum.

Deputy Prime Minister Chrystia Freeland was adamant that Canada did not accept these quotas. “This is not a negotiated deal between Canada and the United States … We have not agreed to anything. We have not negotiated an agreement with the U.S. on quotas,” she said.

The Office of the United States Trade Representative, Robert Lighthizer, said it reversed tariffs after “consultations with the Canadian government” during which it determined that shipments from Canada would be dropping in volume in the months ahead. It said the 10-per-cent tariff on Canadian aluminum would consequently be removed retroactive to Sept. 1.

Washington also laid out its own rules for resurrecting the tariffs in the months ahead, spelling out what volumes it’s willing to accept between now and December.

“If actual shipments exceeded 105 per cent of the expected volume for any month during the four-month period, then the United States will impose the 10-per-cent tariff retroactively on all shipments made in that month,” the statement continued.

The U.S. tariffs originally took effect Aug. 16 and applied to raw aluminum, which the White House said accounted for 59 per cent of Canadian exports of the metal to the U.S. over the past year.

U.S. President Donald Trump imposed them under Section 232 of the Trade Expansion Act, which allows the President to use tariffs for “national security” reasons. Mr. Trump has frequently used Section 232 to circumvent international trade rules, such as those of the U.S.-Mexico-Canada Agreement and the World Trade Organization.

As The Globe and Mail has previously reported, earlier this summer the United States had been trying to get Canada to agree to tariff-rate quotas for aluminum – where tariffs are enacted when shipments exceed a certain volume.

Ms. Freeland said Canada is ready and willing to impose retaliatory measures on the U.S. if it reinstates tariffs. Canada has compiled a list of U.S. imports it would target with tariffs if needed to have the strongest possible impact on the U.S., but inflict “minimal damage on Canada.”

But she welcomed the news that the tariffs had been dropped, saying an escalating dispute would have hurt workers and businesses trying to weather the COVID-19 pandemic.

“This is really a day when common sense has prevailed.”

This trade dispute erupted during a difficult re-election campaign for U.S. President Donald Trump. In August, he accused the Canadian industry of trying to “kill all our aluminum jobs” with a “flood” of exports.

The U.S. produces about a third of the aluminum needed to meet its demand.

Canadian aluminum sales to the U.S. totalled US$8.4-billion in 2017, the last full year without tariffs, accounting for 80 per cent of Canada’s exports of the metal.

Dan Ujczo, an Ohio-based trade lawyer with Dickinson Wright, who has worked for both the U.S. and Canadian governments on past files, said the United States didn’t want to see the aluminum trade dispute escalate now with a presidential election looming that would have delayed any resolution until next year.

“The likelihood was these tariffs would be in place until 2021 if there was not something done before the retaliatory [Canadian] tariffs came on.”

Whether the monthly volume limits stipulated by the Americans will hamper Canadian aluminum exporters remains to be seen.

Mr. Ujczo said the volume limits will not be a constraint because economic factors are depressing shipments. “These numbers are consistent with where the market already is. They are not stringent.”

He said he thinks the U.S. government has achieved what it wanted. It has established a monitoring mechanism for aluminum imports from Canada.

“I think this was the objective all along, candidly,” he said.

“Everybody gets a win here … . Both governments get to claim to their constituents that they achieved their objectives … it really is a win that would be unobtainable once that retaliatory announcement came at 3 p.m. Tuesday.”

Jean Simard, president and CEO of the Aluminum Association of Canada, said Canadians should not take seriously the U.S. government’s declared quotas. “You can’t manage trade on a commodity like aluminum … . The U.S. statement is so labyrinthine that it doesn’t make sense.” He said what matters is Washington knows Canada will retaliate if tariffs return.

“This is a positive step that ensures the North American aluminum supply chain remains strong in the face of challenging global conditions.”

Mark Agnew, the Canadian Chamber of Commerce’s senior director of international policy, urged the United States to take back its threat to reimpose tariffs at a later date.

“The United States has not unconditionally lifted its tariffs on Canadian aluminum and continues to seek to restrict market-driven trade flows. We call on the United States to fully and without precondition remove the threat that tariffs could be reimposed in the future.”

U.S. Chamber of Commerce executive vice-president Myron Brilliant welcomed Washington’s decision to drop the “damaging tariffs” on Canadian aluminum but urged the Trump administration to remove its threat of reimposing them in the future. “What American manufacturers need now is certainty that these tariffs won’t make another reappearance. Setting aside these threats once and for all will allow American job creators to focus on economic recovery.” 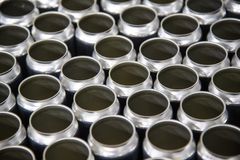 Opinion
Trump’s aluminum tariffs have Glencore’s prints all over them
Subscriber content
August 11, 2020 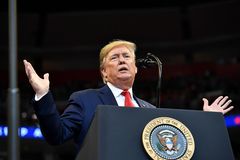