The mayor of Ottawa, Jim Watson, is the kind of politician who will attend the opening of an envelope. He’ll go anywhere there’s a crowd or a photographer. But he won’t be going to the U.S. ambassador’s July 4 party. Not this year.

Donald Trump is a bully, Mr. Watson says. So he won’t be heading to the ambassador’s residence to eat ribs and ice cream, or whatever culinary Americana is being served up this year. Take that, Yankees!

No, it’s not exactly an act of war. But Canada Day and Independence Day suddenly seem like they’re more than three days apart. This year, Foreign Affairs Minister Chrystia Freeland will get a head start on the long weekend by announcing retaliatory trade tariffs aimed at the United States.

Ottawa’s pooh-bahs usually troop to the U.S. ambassador’s shindig. It says something that people such as Mr. Watson won’t go. The mayor opined that others should “think long and hard” about going, too. CTV News’s Graham Richardson, anchor of the local supper-hour newscast, had already tweeted that he’s not going: “Not in the mood this year.” It’s hard to say how many will follow suit, but the sentiment is unusual. These are not federal government figures but the good burghers of Ottawa who are declining to attend.

The party is typically full of lobbyists and MPs and political staffers (and journalists) and three or four thousand of the U.S. ambassador’s closest friends. The current ambassador, Kelly Craft, seems to have fewer friends, because, you know, she’s Donald Trump’s ambassador.

She seems to know it. She penned an op-ed for The Globe and Mail aimed at taking some of the sting out of Canadians’ pique with Mr. Trump’s United States. She opened, oddly enough, with the old saw that when the president asks you to serve, the only possible answer is “yes.” Under the circumstances, it seemed almost like an apology for having to carry Mr. Trump’s message to Canadians.

She was out to say she was listening. Canadians, she wrote, “are letting me know loud and clear how concerned they feel” about trade. She noted Canadians were particularly upset that tariffs on steel and aluminum were imposed on national security grounds. “I get it,” she wrote.

But of course she didn’t have much to say about changing it. That’s Mr. Trump. She argued steel tariffs are an attempt to deal with unfair trade practices – but if the United States is out to stop Chinese steel dumping, she didn’t explain why it’s hitting Canada with tariffs.

There aren’t a lot of ways to polish up the state of relations right now. Ms. Craft fell back on the message her predecessors have used for decades – that Canada and the United States have deep, interwoven ties between people and institutions that are far bigger than the current dispute, whether it’s a pipeline or softwood lumber duties. Canadians like that one, too. It’s also true. Lots of Canadians have been to July 4 parties, in the United States, and celebrate with their neighbours.

There is a visceral reaction this time – perhaps Canadians feel that instead of being neglected, they’re being targeted this time. The pique has been high since Mr. Trump tweeted blasts at Prime Minister Justin Trudeau and threatened a devastating trade war with auto tariffs. Those not of a Liberal persuasion might not care so much about the insults aimed at the PM, but the threat still annoys many because it’s easy to understand a shakedown.

Boycotting a July 4 party will not change Mr. Trump. Mr. Watson’s move got a mixed reaction on Twitter – some cheered, but some criticized it as an empty gesture, or just impolite. How Canadian.

The ambassador’s talking point about ties between Canada and the United States being deeper than any dispute is still true. But it’s getting tested. A survey conducted by Public Policy Polling this month found 66 per cent of Americans still see Canada favourably, but favourable feelings have fallen among Mr. Trump’s partisans, to 54 per cent. The President’s supporters tweet fake figures to falsely claim Canada imposes heavy tariffs on U.S. goods. And the U.S. ambassador can’t get a crowd-loving politician like Mr. Watson to come out to press the flesh. 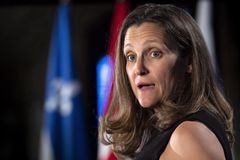 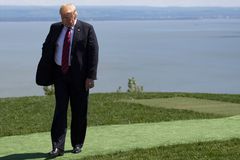 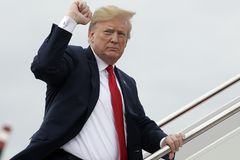