The Trump administration is lauding Canadian MPs for condemning China’s brutal persecution of largely Muslim minorities as "genocide,” and is encouraging Ottawa to join Washington in imposing sanctions on Chinese officials responsible for the repression.

A senior official in Washington, who is deeply involved in the U.S. government’s China file, welcomed a statement by a Canadian parliamentary committee that called on Canada to impose Magnitsky-style human-rights sanctions on Chinese officials over what is taking place in the northwestern Xinjiang region. In that part of the country, more than a million Muslims, mostly Uyghurs, have been detained in internment camps.

The Globe is keeping the official’s name confidential because the individual says that, due to “protocol,” Washington doesn’t want to become publicly involved in an internal Canadian decision.

However, the official said the U.S. government would welcome a decision by Canada and other allies to impose sanctions against Chinese officials as the Trump administration did in July, including blacklisting Chinese entities that helped Beijing with its persecution of the Uyghurs.

Conservative Leader Erin O’Toole told The Globe Thursday that Canada should work with allies to jointly impose Magnitsky-style sanctions on China for what he described as “ethnic cleansing" in Xinjiang.

The Justice for Victims of Corrupt Foreign Officials Act, adopted by Canada, mirrors similar legislation passed by the U.S. and European countries and imposes sanctions on human-rights abusers. It’s named after whistle-blower Sergei Magnitsky, who was killed in a Russian prison.

“With respect to the Uyghurs … we should have a targeted approach with the Americans,” Mr. O’Toole said. “The more we work together, the more difficult it is for Beijing to isolate especially smaller economies like Canada."

Foreign Affairs Minister François-Philippe Champagne earlier this week said he is “deeply troubled by the reports of human-rights abuses in Xinjiang” but declined to say if Ottawa would impose sanctions on China as the Americans have.

The United Nations calls genocide a crime under international law. This includes acts committed with intent to destroy, in whole or in part, a national, ethnic, racial or religious group by killing, serious bodily or mental harm, imposing birth-control measures on a group or “forcibly transferring children of the group to another group."

On Thursday, the Chinese government accused Canadian parliamentarians of trading in lies and malicious rumours by issuing that statement on Xinjiang, with Beijing citing population statistics to deny that it has committed genocide against its Uyghur minority.

Responding to the House of Commons subcommittee on international human rights, Chinese Foreign Affairs Ministry spokesman Zhao Lijian said Canadian MPs had “turned a blind eye to the political stability, the economic development, the unity and social harmony in Xinjiang." The committee’s "statement has no factual basis to support. It is filled with lies.”

The committee said that the “actions of the Chinese Communist Party constitute genocide” against Uyghurs and other Turkic Muslims in Xinjiang, where large numbers of people have been forced into political indoctrination centres that it called “concentration camps,” women have been sterilized and mosques destroyed.

But Mr. Zhao dismissed the findings as a “malicious rumour to hype up so-called genocide in Xinjiang" and he said statistics show a 25-per-cent increase in the Uyghur population from 2010 to 2018, a more-rapid growth than that of the general population.

“So how come these people call it genocide?” he asked, warning parliamentarians to “avoid doing any further damage to China-Canada relations.”

Gordon Houlden, a former Canadian diplomat who served in China and is now director of the University of Alberta’s China Institute, said the time is not ideal to slap sanctions on Chinese government officials over Xinjiang, given the two Canadians still arbitrarily detained by Beijing in a case critics have called hostage diplomacy.

Former diplomat Michael Kovrig and entrepreneur Michael Spavor are locked up and face espionage charges in what is widely regarded as retaliation by Beijing for Canada arresting Huawei executive Meng Wanzhou on a U.S. extradition warrant.

“Timing matters and with the fate of our two Michaels hanging in the air, I am not convinced Magnitksy sanctions would be appropriate at this time.”

He said Canada should expect retaliation if it were to proceed with sanctions.

Still, he said, targeted Magnitsky sanctions on a few Chinese officials with a direct role in the treatment of Uyghurs should not be taken off the table.

Guy Saint-Jacques, a former Canadian ambassador to China, said if Ottawa were to enact Magnitsky-style sanctions, it should only act in concert with allies.

“Using this type of sanctions, it’s like the nuclear option. For sure, if we were to do that by ourselves, China with its corrosive type of diplomacy would immediately hit us very harshly just to scare other countries from going in this direction,” he said.

Mr. Saint-Jacques said he would also be worried that China would accelerate plans to execute Canadians who are on death row in that country.

What is taking place in Xinjiang meets at least one of the UN’s criteria for genocide, said Adrian Zenz, a U.S.-based scholar and senior fellow in China studies at the Victims of Communism Memorial Foundation.

“It is, in my view, very shameful that Western nations, including Canada, have not yet bothered to embark on the process of determining whether Beijing’s actions in Xinjiang meet the legal definitions of crimes against humanity or genocide.” 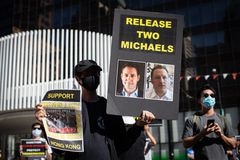 In postpandemic China, things have almost returned to normal – except for places of worship
October 20, 2020 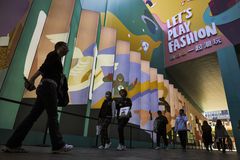 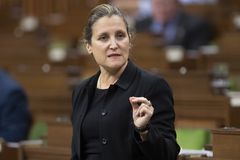