A director with Mozilla Corp., the company that makes the Firefox browser, says he welcomes more regulation of the internet but is also urging citizens to push for more privacy protection from the websites they visit.

Marshall Erwin, Mozilla’s director of trust and security, told MPs Thursday that public pressure could encourage companies like Facebook to improve their approach to privacy protection.

“I think one of the biggest challenges that we face as an industry is that, thus far, not enough of the user base really makes decisions based on their privacy,” Mr. Erwin told MPs on the access to information, privacy and ethics committee. “Until Facebook users really demand something better, it’s going to be hard for Facebook to deliver something better in terms of privacy.”

The committee is studying the misuse of Facebook data for political campaigns by consulting firm Cambridge Analytica. Cambridge Analytica is alleged to have harvested the data of 87 million Facebook users via a third-party personality quiz app called “This is Your Digital Life.”

The committee is also hearing about how political parties use online advertising to tailor their messages to specific segments of the population.

Mozilla announced last month that it was suspending all advertising on Facebook because it believes the company’s current data sharing rules with third-party apps continue to be problematic and unclear.

Mozilla is wholly owned by the Mozilla Foundation, a non-profit focused on several public interest goals, including the protection of online privacy and security. Unlike other browsers, Mr. Erwin said Firefox does not collect data on the browsing history of its users, though individual websites may have tracking tools.

“The Mozilla Corporation is a public benefit company. We do not have a set of stock holders that we need to maximize revenue for. I think that’s a critical component to, in the end, why we make the decisions that we make,” Mr. Erwin told MPs. “We also have a user base that really cares about privacy and a set of developers that work with us that also care a lot about their privacy, and that factor really influences our decisions.”

Mozilla receives revenue from Google in exchange for making it the default search tool on Firefox.

Google’s Chrome is by far the most dominant web browser, with more than 60 per cent of the market for both desktop and mobile, according to NetMarketShare data. Internet Explorer and Firefox are a distant second and third, with about 12 per cent each of the desktop market. However, Firefox has less than 1 per cent of the browsing activity on mobile devices. Apple’s Safari browser jumps to second place on mobile rankings at nearly 28 per cent.

Chris Wylie, the Canadian whistleblower who had worked at Cambridge Analytica and exposed the Facebook data issue, has also expressed concerns about Facebook’s current arrangements with third-party app developers.

“Does a crossword app really need to know your religion or sexual orientation to offer a ‘more personalized user experience?’ No, it doesn’t,” Mr. Wylie wrote this week in an online post for Dazed magazine. “We need rules that would require the data collected by each app to be proportional to the actual purpose of the app. This would eliminate apps that offer little to no value, but clone your entire digital life by harvesting your data.”

Mr. Wylie has told Canadian MPs that he will appear before the committee but a date has not yet been announced.

The committee also heard Thursday from two Canadian political science professors – Colin Bennett of the University of Victoria and Thierry Giasson of Université Laval – who both said new rules and legal changes are needed when it comes to online advertising and Canadian elections.

“There is a pressing need to bring our political parties within Canada’s regime of privacy protection law,” Prof. Bennett said. “It does appear to me that the status quo in this respect is untenable.” 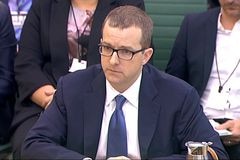 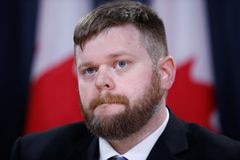