The CEO of Volunteer Canada said the national organization declined an offer to work for WE Charity in delivering the new Canada Student Service Grant over policy concerns with the program, including a view that volunteers should not be paid an hourly wage.

Plans for the new $912-million student volunteer program were first announced by Prime Minister Justin Trudeau in April, but details of the program – including that its administration will be entirely outsourced to WE Charity – were not announced until last Thursday.

In an interview with The Globe and Mail Sunday, Volunteer Canada CEO Paula Speevak said WE Charity approached her organization to work for WE by promoting the program and putting WE in contact with organizations that are looking for volunteers.

“There would have been fees for that,” she said, explaining that WE offered to pay Volunteer Canada for work on the grant program, including promotion, advice on engaging other organizations and helping to create training content. “We declined.”

Ms. Speevak said her organization – which is a national body that provides expertise on volunteering and links volunteers with groups in need – immediately expressed concern to the government in April that the program should not blur the lines between paid work and volunteering by using a pay system based on hours worked, as well as other issues.

Yet when Mr. Trudeau announced the details last week, they showed student volunteers between the ages of 15 and 30 can apply for a grant of $1,000 for every 100 hours of volunteering completed, up to $5,000 for 500 hours. That would be the equivalent of $10 an hour, which is below the minimum wage in all provinces.

While the program describes the payments as grants, Ms. Speevak said the structure of the payments is similar to paying an hourly wage.

“When people volunteer, they don’t get paid an hourly rate,” said Ms. Speevak. “So in terms of promoting the idea of volunteering, that could give a misconception about volunteering. And if it’s something else that is being paid below minimum wage, then that’s a concern as well. Is it work or is it volunteering? And when it’s neither, then that becomes a concern,” she said. “That was the concern that came up with folks [in the voluntary sector] saying they don’t want anything that is exploitative.”

Ms. Speevak said her comments are focused on concern with the program rules and are not a criticism of WE Charity. She said WE was given the opportunity to address Volunteer Canada’s more than 200 local volunteer centres and each associated volunteer group is free to make their own decision on whether or not to work with WE.

“I’m certainly not judging those organizations that have decided to participate and to work with the organization. Each one of us has our own philosophies,” she said.

The WE Charity organization declined to comment Sunday and referred all questions to the Department of Employment and Social Development Canada.

“We trust you will understand that any comment concerning the [Canada Student Service Grant] would have to come from the government,” WE Charity’s public relations division said in an e-mail.

Opposition MPs have been highly critical of the government’s decision to award the contract to WE, given that the organization has close ties to Mr. Trudeau and his wife, Sophie Grégoire Trudeau, who is a volunteer “ambassador and ally” of the WE Well-being initiative and hosts a mental health podcast for the organization.

On Sunday, Conservative MPs Pierre Poilievre, Dan Albas and Raquel Dancho released a letter sent to Auditor-General Karen Hogan, asking her to include the service grant program as part of a planned audit of federal COVID-19 spending.

“By outsourcing this program to a third party, the proper channels for opposition scrutiny, the very bedrock of our parliamentary democracy, have been circumvented,” they wrote.

The Trudeaus regularly appear as keynote speakers at WE Day events organized by WE Charity that attract thousands of young people. WE Charity is the current name for an organization that started as Free the Children, founded by Canadians Craig and Marc Kielburger when they were children, to oppose child slavery around the world. WE Charities now has a broader focus that includes working with schools in Canada and other countries on a WE Schools education program that “nurtures compassion in students and gives them the tools to create transformative social change.”

A section on the WE Charity’s website states: “Along with his older brother, Marc, Craig and his team set out on a bold mission: to free children and their families from poverty and exploitation.”

Opposition MPs have called on the government to release the total amount WE Charity will receive in administration costs and to release the contract. Mr. Trudeau said Friday that WE will not profit on the contract. He also said the public service recommended WE as the only group that could do the work.

A spokesperson for the Employment department, Samuelle Carbonneau, said the value of the contract and other details are expected to be posted online in the fall. The department also said it recommended WE because the charity is well-suited to deliver the program because of their “proven track record” of working with young Canadians.

Danielle Keenan, a spokesperson for Diversity and Inclusion and Youth Minister Bardish Chagger, said the total amount that will be paid to WE Charity is not immediately available because it is based in part on the number of student volunteer participants.

In response to Volunteer Canada’s concerns about paying volunteers in a similar way to an hourly wage, Ms. Keenan said the program is clearly aimed at supporting volunteer positions.

“This is very much about service opportunities,” she said. 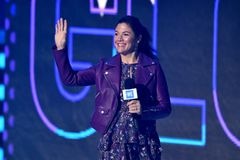 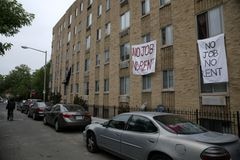