Health care and child care have been among the key points of debate in the federal campaign ahead of the Sept. 20 election.

Both poll questions were part of a survey conducted by Nanos Research for The Globe and Mail and CTV.

On health care, Nanos Research found that Canadians are more likely to say that private health care options will make the system weaker rather than stronger.

In a question on child care, Nanos found that Canadians are more likely to prefer subsidized child-care spaces proposed by Liberals and New Democrats than tax deductions on child-related expenses proposed by the Conservatives.

“This suggests that health care is more of a defensive issue for the Conservatives compared to the Liberals.”

According to the party platform, a Conservative government would convene a meeting with premiers in the first 100 days of securing power, and propose injecting $60-billion over 10 years into health care by increasing the annual growth rate of the Canada Health Transfer to at least 6 per cent.

Liberal Leader Justin Trudeau has promised to give the provinces $6-billion immediately to reduce health care waiting lists, and $3-billion over four years to hire more family doctors and nurses.

On child care, the Liberals and NDP have both proposed building a $10-a-day child-care system. There is no dollar figure attached to the NDP proposal, but the Liberals have committed $30-billion over five years.

The Conservatives have proposed a refundable tax credit that would be worth up to 75 per cent of child-care costs for lower-income families.

Mr. O’Toole has faced questions about cancelling agreements that the Liberals have struck with various provinces, including a $6-billion deal over five years with Quebec. Premier François Legault has been enthusiastic about the agreement.

Mr. Nanos said the Liberal proposal for subsidized child care is not an overwhelming political winner.

He said that although Canadians are likely united on a child-care plan, there is no consensus on how to proceed.

“The Liberal plan, which is modelled on Quebec’s child-care plan is, not surprisingly, favoured in Quebec. This could help Liberal fortunes in Quebec while being a hindrance to the Conservatives in Quebec.”

On the child-care issue, survey respondents were asked: “The Liberal Party and the NDP are both promising to create new, subsidized child-care spaces at an average cost to parents of $10. The Conservative Party says it would take a different approach by converting the existing Child Care Expense deduction into a refundable tax credit that would cover up to 75 per cent of the cost of child care for lower-income families.

“Based on what you’ve heard so far during the campaign on child care, do you prefer the Liberal and NDP proposals for subsidized child care spaces or the Conservative proposal for a tax deduction on child care expenses.”

Mr. Nanos said that although the results of both polls favour progressive parties, the challenge is that they split the progressive vote while Mr. O’Toole’s Conservatives are the only major right-wing option.

The poll on both questions consisted of a hybrid telephone and online random survey of 1,029 Canadians conducted between Aug. 28 and 30. The margin of error for the survey was plus-or-minus 3.1 percentage points, 19 times out of 20. 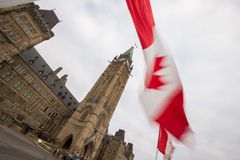 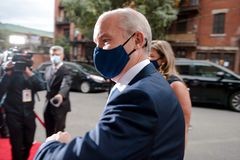 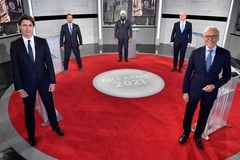