WE Charity is offering to pay teachers $12,000 each for recruiting students into the $900-million Canada Student Service Grant program.

The payments to teachers would be more than double the maximum payment of $5,000 available to students under the CSSG program, which was first announced in April as a special initiative to help students who lost access to summer jobs this year because of COVID-19.

It was not until last week that details of the program were made public, including that administration of the program has been outsourced to WE Charity.

The program is facing criticism from some leaders in the voluntary sector for blurring the lines between volunteering and paid labour.

Opposition parties have questioned why it is not being managed by the public service instead and noted that WE Charity has close ties to Prime Minister Justin Trudeau and his wife, Sophie Grégoire Trudeau, who is a volunteer “ambassador and ally” of the WE Well-being initiative. The Trudeaus have frequently appeared as keynote speakers at WE Day events, which attract thousands of youth.

WE Charity is offering teachers $12,000 if they are “available to actively recruit a minimum of 75 qualified students in June 2020,” according to a job posting by the charity. The teachers would also be required to “onboard, manage and help oversee volunteer participation in the program, and help develop the services (as applicable) within the initiative.”

Another requirement is to “either lead an initiative with a qualified not-for-profit you are previously engaged with OR be paired with an existing CSSG volunteer opportunity.”

The job posting says teachers would be the main point of contact “to support your targeted group of qualified student volunteers; facilitate meetings, check-ins and online workshops.”

Teachers in rural areas would only be required to recruit 55 students in order to qualify for the “flat rate” payment of $12,000. Two teachers could also work together and receive $6,000 each.

“I think it’s troubling to have the teachers do that, and I can see all kinds of potential conflicts of interests where they might be more interested in the money of it than the appropriateness of the placement. Are there going to be appropriate checks and balances around that?” he said.

Prof. Drummond said universities that run similar programs such as co-op placements have extensive screening to ensure the placement is safe and appropriate. He said the WE job description appears to place a large amount of responsibility on the participating teachers.

“That’s a hell of a lot of work,” he said. “Putting myself in the position of a teacher who would do this, I would really worry about the due diligence part of it. … Because a lot of these things can turn sour, and how much responsibility do you have to check that out and avoid that and how much involvement do you have if it does go badly, either the students not doing the work or it’s a bad employment place?”

Employment lawyer Frances Gallop of Rae Christen Jeffries LLP said the program will raise a range of issues for the students, employers and teachers, including the fact that labour laws vary by province.

She points out that the teacher could be considered a supervisor under health and safety legislation, potentially exposing them to a worker’s compensation claim or a civil suit if something bad happened to the student. Employers will also want to ensure the placements comply with collective agreements if the workplace is unionized, she said.

“Obviously this is an attempt to provide work experience to students, provide them with some money, but it definitely does raise some employment law issues,” she said.

WE did not respond to a request for comment about the job offers for teachers. Megan Fulton, a spokesperson for Employment and Social Development Canada (ESDC), said “we understand that WE Charity is proactively engaging postsecondary education institutions, national and regional not-for-profit organizations, as well as other partners, including teachers, to engage students and recent grads in CSSG opportunities.”

Mr. Trudeau said the federal government outsourced the administration to WE Charity because the public service said it was the only organization that was capable of delivering such a program.

The National Post reported Tuesday that WE Charity co-founder Marc Kielburger said in a June 12 conference call with youth organizations that the Prime Minister’s Office contacted WE after announcing the program in April.

“And the next day, the Prime Minister’s Office kindly called us and said, ‘You know that announcement we just made? Would you be interested in helping us actually implement it?‘” Mr. Kielburger said in a partial recording of a June 12 videoconference posted online by The Post.

The Post says WE Charity told the newspaper that Mr. Kielburger “misspoke” and that he had actually been contacted by a senior public servant at ESDC.

“No one from the Prime Minister’s Office asked WE Charity to administer the Canada Student Service Grant,” PMO spokesperson Alex Wellstead told The Globe Tuesday.

The federal government has not released its contract with WE Charities. It has said it initially allocated $19.5-million to WE for the administration of 20,000 volunteer placements. Of that amount, $5-million is for not-for-profit organizations that work with WE in delivering the program. The government also said this week that it has already received about 20,000 applications. The government initially said the program would cost $912-million. It recently revised that figure to $900-million.

Danielle Keenan, a spokesperson for Diversity and Inclusion and Youth Minister Bardish Chagger, told The Globe this week that the total amount that will be paid to WE Charity will be based in part on the number of student volunteer participants. 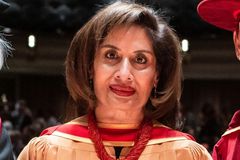 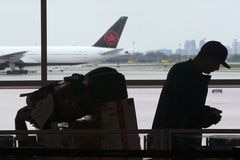 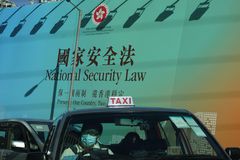