Craig and Marc Kielburger, the co-founders of WE Charity, confirmed a small, predictable detail when they testified before a Commons committee. It was that Prime Minister Justin Trudeau’s mother, Margaret Trudeau, was only hired as a paid speaker by WE after her son became prime minister.

It is true, as Craig Kielburger protested, that Ms. Trudeau is a prominent mental-health advocate. It’s also true that her prominence rose again after November, 2015, when Justin Trudeau took office, and the Trudeau star shone brightly again. That’s when she became a higher-profile mental-health advocate and when WE decided to hire her.

Let’s not get carried away with that. It takes fevered conspiracy thinking to believe the PM asked the charity’s leaders to hire his mom and promise to pay them back via a massive pandemic program.

Kielburgers, ex-chair Michelle Douglas speak on WE Charity affair: What you missed at Tuesday’s hearings

But there’s no doubt that making high-profile connections was part of the way WE did things, with promotional activity that drew in donors, and helped them grow the WE brand, which grew WE Charity and the ME to WE company.

Promotion is part of the charity biz, it seems. It wasn’t Finance Minister Bill Morneau that WE initially invited on the trips that got him into trouble – he belatedly repaid $41,000 in expenses last week – it was his wife, Nancy McCain, a member of the frozen French fry family and prominent philanthropist. She didn’t need to be comped, either, but presumably WE felt that a freebie might bring in donations.

Margaret Trudeau, Craig Kielburger insisted, wasn’t paid for speaking at WE Days – more on why that matters later – but for attending “auxiliary events,” such as seminars and galas. Mental health is an important cause for WE, Mr. Kielburger noted. But he also noted her attendance helped with promotion and fundraising.

When she wasn’t available one year, WE asked Alexandre (Sacha) Trudeau, Justin’s younger brother, to take her place as paid speaker. He is an environmental activist and documentary filmmaker, Marc Kielburger noted, insisting he wasn’t hired because he is a Trudeau. “No sir,” he said. “The environment is very important to us.”

So it is not, despite the offended tone of Liberal MP Peter Fragiskatos, a case of dragging Margaret Trudeau through the mud to suggest, as New Democrat MP Charlie Angus did, that she was hired not only for her mental-health advocacy but for promotional value. “You were buying the Trudeau name,” Mr. Angus said.

The question that was in the air at Tuesday’s committee hearing was whether the Trudeau name was being bought to impress donors, or to get an inside track on a government contract to disburse $500-million in student-volunteer grants. There’s no solid evidence of the latter, but the program was so unusual and so tangled in Mr. Trudeau’s family connections that it invited the question.

The Kielburger brothers’ testimony itself didn’t provide evidence of it. Craig Kielburger said they had never socialized with the Trudeau family. He said WE hadn’t spoken to ministers or their aides about the volunteer-grant program before civil servants called to talk about it on April 19 – contradicting suggestions WE had cooked up the program with politicians. WE took it on to help the government, he testified.

WE, Craig Kielburger insisted, didn’t stand to gain. The $43.5-million earmarked for WE was only to cover its expenses. That’s true, but that includes salaries. The $30-million WE had already received before it withdrew allowed it to hire, after it laid off heavily in March.

And by now, the WE empire’s tangle of charities and for-profit companies has raised a lot of questions. It won’t help that the former chair of WE Charity’s board, Michelle Douglas, testified that she was forced out in March because she was demanding to see financial information as the organization laid off nearly half its workers.

Ms. Douglas also said WE executives told the board that WE Day speakers were not paid. Perhaps they relied on the crafty distinction that only those who also spoke at “auxiliary” events, like Margaret Trudeau, got paid. But you would expect charity executives to be forthright with their board.

If the case of Mr. Trudeau’s family, the hearings didn’t turn up evidence of a quid pro quo, or that it led to a government contract. But it was pretty clear WE paid for the promotional value of the Trudeau name. 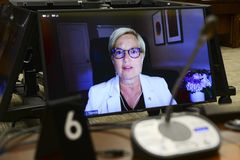 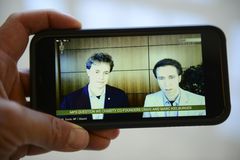