Prime Minister Justin Trudeau has been sending plenty of signals: The COVID-19 crisis is also an opportunity to rewrite the social contract. A new Throne Speech will lay out the Liberal government’s vision of renewal.

Unspoken but understood: And if Parliament rejects that vision, then the people will decide.

But an election this fall would probably lead to Liberal losses, and possibly defeat. Which is why the Liberals should not be thinking about going to the polls any time soon.

There are many good reasons for the Liberals to delay a vote. For one, the WE Charity controversy has dented their popularity. The 338Canada.com vote projection has the Liberals at 34 per cent and the Conservatives at 32 per cent. That’s within the margin of election day last year (Liberals 33 per cent; Conservatives 34 per cent).

The Bloc Québécois is still strong in Quebec; there is no reason to believe the Liberals would make gains there. And if an election were held today, the Grits would lose seats in Ontario.

In Ontario in last year’s election, Mr. Trudeau ran against Doug Ford as much as he ran against the federal Conservatives. The Ontario Premier was out of favour at the time. But today he is one of the most popular premiers in the country because of his government’s response to the COVID-19 emergency. The Ford factor has been taken out of play in the next federal election.

Erin O’Toole has made a largely positive first impression as the new Conservative Leader. He supports immigration, is pro-choice, defends LGBTQ rights and is sensible on deficits. What’s more, he’s making a strong pitch to win over lower-income suburban families. He is already proving himself a much more effective leader than Andrew Scheer ever was.

Federal elections are almost always decided in the suburban cities surrounding Toronto known as the 905. Mr. O’Toole holds one of the few 905 seats not currently under Liberal control. Mr. Trudeau has little hope of making gains in the 905 in the next election – there is almost nothing available to gain – and every reason to fear losses.

The Liberals must know that the NDP will support the Throne Speech. The fourth party is strapped for funds and risks losing seats in the next election. Mr. Trudeau won’t be able to blame NDP Leader Jagmeet Singh for forcing an election. If he wants one, he’ll have to call it himself.

The election could be premised on a faulty assumption: that Canadians are longing for major change in the life of the nation – a massive new green infrastructure program to fight global warming; a universal basic income to replace the existing social safety net.

But there is no strong reason to believe Canadians want such extravagantly expensive programs in the midst of a deep recession and unprecedented deficits.

Even before the pandemic struck, revealing the weaknesses in the long-term care system, the most compelling policy question in the country was how to preserve growth and pay for pensions and health care in a society with more and more old people placing demands on the system, and fewer and fewer young people available to meet those demands. And that was before the projected federal deficit went from $28-billion to on-the-road-to-$400-billion.

The most compelling reason not to call an election can be found in the latest data showing sharp rises in COVID-19 infections in much of Canada. We may well face another round of restrictions this fall, with accompanying economic damage.

There are all sorts of inside-the-bubble rumours about the real reason the Prime Minister wants to force an election: the danger of fresh WE Charity revelations; Mr. Trudeau is bored; the Liberals have polling and focus-group insights that contradict the public polls.

Perhaps. Probably not. In any case, the Prime Minister and his team would do well to let Canadians get through the grim fall and winter months to come, present a spring budget that lays out a path to recovery, and go to the people then, if they must.

No one wants an election, Mr. Trudeau. That should include you.

NDP readies for possible election as caucus meets ahead of Throne Speech
September 14, 2020 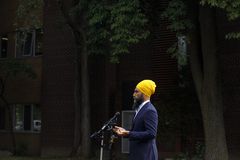 Opinion
Between the tea leaves and the fall leaves, Canada could be on the cusp of an autumn election
Subscriber content
September 9, 2020 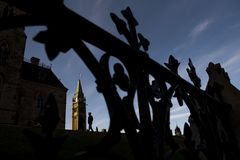 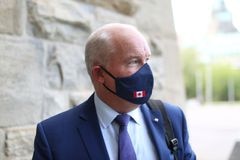