Conservative politicians are sometimes suspicious of advice coming from experts for good reason: The experts just want them to not be conservatives.

But sometimes, their suspicions cause them to ignore good advice. This may have led Ontario Premier Doug Ford to take actions that could doom his government. If so, it won’t be the first time.

Former premier Mike Harris’s determination to keep cutting regulations, despite the warnings of experts, contributed to the deaths of seven people in the town of Walkerton, and to the Progressive Conservatives’s defeat at the next election. Mr. Ford may face the same fate, and for the same reason.

In May, 2000, Walkerton’s municipal water supply was contaminated by E. coli bacteria. Along with the deaths, more than 2,300 fell ill, some severely.

A public inquiry led by Justice Dennis O’Connor concluded that the public utilities manager, Stan Koebel, caused the contamination through his own incompetence, and then tried to cover up his misdeeds when people started getting sick. He was eventually sentenced to a year in jail.

The inquiry also concluded that the Harris government had contributed to the disaster. The ministry of the environment was no longer able to properly monitor municipal water supplies because of cuts to its budget and changes in regulations.

“If the MOE had adequately fulfilled its regulatory and oversight role, the tragedy in Walkerton would have been prevented … or at least significantly reduced in scope,” Justice O’Connor concluded.

The public had broadly supported the Harris government’s Common Sense Revolution, which slashed taxes, spending and red tape, while balancing the budget.

But people expect government to protect public health. Experts warned that spending cuts, deregulation and privatization had gone too far, endangering public safety, and Walkerton proved the experts right. In 2002, Mr. Harris stepped down as leader; his successor, Ernie Eves, led the PCs to defeat. The Tories remained in the wilderness for 15 years.

Since the pandemic began more than a year ago, Mr. Ford has sought to balance the needs of workers and businesses alongside the recommendations of public health and medical officials, an approach that until recently earned strong public approval.

But in the winter, the government appeared to lose that balance. A number of public-health officials and medical specialists warned that a third wave of COVID-19 infections, fuelled by more infectious variants of the virus, could slam into the province unless the government kept tight restrictions in place. Seeking to preserve jobs and personal freedom, the government instead relaxed restrictions. Now, we’re in the thick of it.

Last week, with the case counts rising and ICUs approaching capacity, the Ford government appeared to panic. The Premier on Friday announced a series of unpopular and seemingly counterproductive measures, such as banning outdoor gatherings, where risk of transmission is known to be lower, while permitting some indoor workplaces to remain open, where risk is higher. All of this was accompanied by draconian warnings that police could stop and fine people who ventured outside their home without sufficient cause.

Reaction was so intense – even strong Progressive Conservative supporters were appalled by what appeared to be arbitrary and perverse regulations – that the government was forced to back down on some measures within a day. Now, critics are calling for Mr. Ford’s resignation.

Conservative governments often arrive in power with a mandate from voters to root out vested and wasteful interests, both within and outside of government.

The hard part comes with the transition from the reform phase to the steady-government phase. Some conservative politicians manage that transition: Stephen Harper, federally; Brad Wall in Saskatchewan; Gordon Campbell (a Liberal who was really a conservative) in British Columbia.

Other conservative politicians fail to mediate the conflicts between rural and urban members of caucus. They cut past the fat, into muscle and bone; their skepticism of elites blinds them to advice they should be taking.

The Ford government’s problems are not unique: Outside Atlantic Canada, infection rates have been rising across the country. Vaccination levels are rising, too, and may eventually beat back this third wave. The next election is more than a year away. The Premier and his government may get through this.

Or Doug Ford may meet the same fate as Mike Harris. If so, the third wave will be his Walkerton. 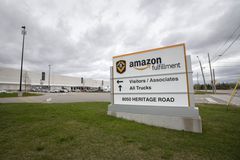 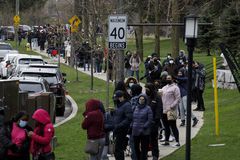 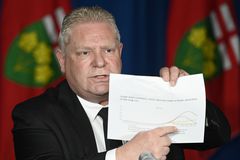