Jody Wilson-Raybould says her departure from the Liberal government does not mean reconciliation with Canada’s Indigenous people is dead but the former justice minister acknowledged she battled a fellow cabinet minister over the implementation of sweeping changes that would have been part of a shelved Indigenous rights framework.

Canada’s first Indigenous justice minister resigned from cabinet over political interference in the criminal prosecution of engineering giant SNC-Lavalin and on Tuesday was expelled from the Liberal caucus, along with former Treasury Board president Jane Philpott.

Ms. Wilson-Raybould, a lawyer and former regional chief for the Assembly of First Nations, is a member of the We Wai Kai Nation of British Columbia, which is part of the Kwakwaka’wakw peoples. She had pushed hard as justice minister to improve Indigenous living conditions, but also for the framework of laws and policies that would say the rights of the First Nations, Métis and Inuit do not have to be negotiated because they are simply understood to exist.

“We need to ensure that we are closing the gaps – the day-to-day issues of addressing the poverty and the conditions in Indigenous communities," she said this week in a wide-ranging interview with The Globe and Mail. “At the same time, we need to create the space and path for the transformation change that is occurring but could occur, in a broader sense, across more Indigenous communities if we provide that space for them to be self-determining.”

Ms. Wilson-Raybould says her departure from the Liberal government does not mean reconciliation efforts have ended.

“Reconciliation with Indigenous people cannot ever be dead. It is just something that has to continue,” she said. "This government has made significant strides in investing in Indigenous communities, working with communities to develop legislation and all of that is really important.”

But Ms. Wilson-Raybould said there were disagreements over the creation of the framework and a directive to ease up on civil litigation involving First Nations.

In the summer and fall of 2018, around the same time that Ms. Wilson-Raybould was under high-level political pressure to shelve the fraud and bribery prosecution of SNC-Lavalin, she was engaged in a jurisdictional battle that she eventually lost to Crown-Indigenous Relations Minister Carolyn Bennett.

The dispute arose after Prime Minister Justin Trudeau promised in February, 2018, to implement the Indigenous rights framework that would “include new legislation and policy that would make the recognition and implementation of rights the basis for all relations between Indigenous Peoples and the federal government moving forward.”

Mr. Trudeau said the framework would be developed by Ms. Bennett with the support of Ms. Wilson-Raybould, and the first legislation to implement it would be tabled before the end of 2018.

Ms. Wilson-Raybould felt the work she had done previously on the framework should have formed its basis, and believed it should be in the hands of the Justice Department, which has the legal expertise.

“I had framework documents, principles, governance toolkit dating back to when I was the regional chief. And a lot of the work that I did with the chiefs across the country then has been informed by successive passages of the years and informed by work that I did as attorney-general of Canada,” Ms. Wilson-Raybould said. “I brought some skills to this place and a deep rooted knowledge of Indigenous issues and it is no secret that I have given a lot of speeches that I think we need to start our relationship with Indigenous people based on the recognition of the rights.”

Ms. Bennett, however, wanted to consult broadly with Indigenous people before putting pen to paper.

Although Ms. Wilson-Raybould’s experience and perspective were instrumental in the government’s efforts to renew the relationship with Indigenous peoples, Ms. Bennett said in an e-mail on Thursday, “Indigenous partners have made it very clear that any legislation directly affecting their rights must be co-developed in close partnership with First Nations, Inuit and Métis peoples, and not unilaterally in Ottawa.”

Over the past year, Ms. Bennett wrote, there have been extensive countrywide engagement sessions with rights holders, and many perspectives have been shared about how to move forward both on policy and any possible legislation.‎

But the consultation has not gone smoothly.

On Aug. 21, the first day of a cabinet meeting in Nanaimo, B.C., three Indigenous experts wrote to Mr. Trudeau to say they had “substantial concerns” about the approach being taken by the government. They said the information they had seen suggested that it would still be up to the government to decide whether Indigenous rights should be recognized, and they asked for the process to be “reset."

Ms. Wilson-Raybould wrote to her fellow ministers before the cabinet meeting to say Ms. Bennett was taking the wrong approach and was not moving fast enough, according to two sources who have knowledge of the issue and have been granted anonymity because they do not have authority to speak on the record. She asked to be allowed to take over the framework file, they said.

Ms. Wilson-Raybould’s request was not granted, and Ms. Bennett’s department released its first substantial report on the initiative on Sept. 7. It was intended to provide a summary of what had been learned through the consultation process.

But it was not well received. In mid-September, First Nations leaders attending an AFN policy forum said the government was moving too fast.

Ms. Bennett, in her speech to that forum, offered assurances that nothing had been decided. “We’re listening and together we get to make a plan, but our intention is not to plot your path to reconciliation or self-determination or decolonization,” she told the chiefs.

Michael Wernick, the Clerk of the Privy Council who has also announced his resignation over the SNC-Lavalin affair, testified before the Commons justice committee in February about a meeting between Mr. Trudeau and Ms. Wilson-Raybould on Sept. 17. He said the main topic of discussion was the Indigenous framework. It was “losing momentum," Mr. Wernick said. "There was something of a policy standoff among his ministers.”

A few days after the September meeting, the cabinet met again and decided to scrap the promise to table legislation to enact the framework before the end of 2018. There is now no timetable for getting the Indigenous rights and recognition framework in place. And chiefs who attended an AFN meeting in December voted against having it revived.

In speeches throughout the fall, Ms. Wilson-Raybould criticized her own government for its inability to get the framework in place.

“Within government, when discussing matters of Indigenous rights," she told a gathering of B.C. politicians and Indigenous leaders in November, "one still often finds a seemingly disproportionate focus on risk – speculation that the sky might fall – and an emphasis on the most severe, yet very remote, potential outcomes.” 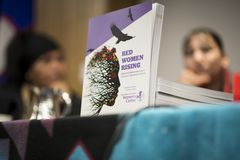 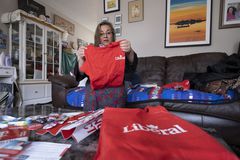 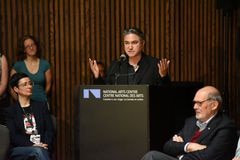 Follow Gloria Galloway and Robert Fife on Twitter @glorgal @RobertFife
Report an error Editorial code of conduct
Due to technical reasons, we have temporarily removed commenting from our articles. We hope to have this fixed soon. Thank you for your patience. If you are looking to give feedback on our new site, please send it along to feedback@globeandmail.com. If you want to write a letter to the editor, please forward to letters@globeandmail.com.
Comments