John Ibbitson
Published May 21, 2021 Updated May 21, 2021
For Subscribers
Comments
Text Size
Please log in to listen to this story. Also available in French and Mandarin. Log In Create Free Account

News that Avi Lewis is seeking the nomination in the federal riding of West Vancouver—Sunshine Coast—Sea to Sky Country should come as no surprise. After all, he’s the son of Stephen Lewis, the former leader of Ontario’s NDP, and the grandson of David Lewis, who led the federal NDP in the 1970s.

Family ties have been part of Canada’s politics for as long as we’ve been counting votes. This is as true today as it ever was.

Both the Prime Minister and the Leader of the Official Opposition come from political families. Justin Trudeau, famously, is the son of Pierre, while Erin O’Toole’s father is John O’Toole, the former Member of Provincial Parliament for Durham.

The late Jim Flaherty, who served in the cabinets of former premier Mike Harris and former prime minister Stephen Harper, was a Durham-region MPP. When he transferred to federal politics, his wife, Christine Elliott, won his provincial riding in a by-election. She is Ontario Premier Doug Ford’s Health Minister. Mr. Ford is the brother of the late Rob Ford, who was mayor of Toronto. And the Premier’s Transportation Minister is Caroline Mulroney, daughter of former prime minister Brian Mulroney.

John Crosbie was a prominent cabinet minister in Mr. Mulroney’s governments. His son Ches recently stepped down as Progressive Conservative Party leader in Newfoundland and Labrador, after losing an election to Liberal Premier Andrew Furey, whose father, George, is Speaker of the Senate in Ottawa.

Three Carr brothers served in the New Brunswick Legislative Assembly, and Flemmings have held office for generations. In Nova Scotia, Elmer MacKay and his son, Peter, were both federal cabinet ministers, while in PEI, both Joe Ghiz and his son, Robert, served as premier.

Why do politicians beget politicians? Partly for the same reason that engineers beget engineers and children sometimes take over the family business.

Parents, wittingly or unwittingly, impart their values and their passions to their children. The acclaimed Canadian violinist James Ehnes is the son of a music professor and a dancer. The father of Canadian Nobel Prize-winning chemist John Polanyi was himself a prominent chemist. Peter MacKay knew all about the slings and arrows of political life; he had watched his father in good times and bad.

Another potent factor is nepotism. This isn’t quite the evil that everyone makes it out to be. A collegial workplace is more productive than one defined by estrangement and hostility. If everyone in the office admires and respects Asha, and the word is her daughter is a chip off the old block, then it makes perfect sense to bring her on board as a summer intern. The same is true in the heated atmosphere of a political office.

This, of course, undermines the principle of meritocracy, but it’s the way of the world.

The most important factor, however, may simply be name recognition. When Mike Layton first ran for Toronto city council in 2010, it didn’t hurt that his father, the late Jack Layton, whose political-familial ties stretched back to Confederation, was head of the federal NDP.

Nor did it hurt when Gurratan Singh successfully ran to become MPP for Brampton East that his brother was NDP Leader Jagmeet Singh.

As long as politics remains a craft where connections and name recognition matter, expect family ties to matter also. Speaking of which, in case you hadn’t heard, Stephen Harper’s son Ben is working in the office of Alberta Premier Jason Kenney. His next step? Who knows? 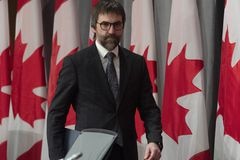 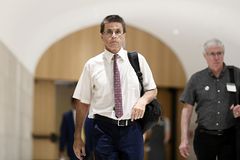 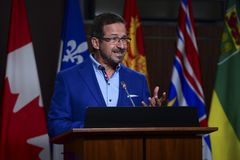