With the Super Bowl next weekend, a reader wrote to ask if we could please stop using the name of one of the teams (the Chiefs) in headlines.

“The removal of the team name could be done with all teams that use Indigenous mascots," she wrote. "Your organization has the power and privilege to make the change.”

I agree that demeaning or insulting names should be avoided in headlines – likewise for references to cartoonish logos and gestures. I passed her views on to The Globe and Mail’s style committee, a group of senior editors that advises the editor-in-chief on when to change and update language usage.

They may decide to consult with Indigenous and Inuit leaders and discuss what should be done. These are the proper names of the teams, and it would be difficult to avoid them altogether, but there is no need to amplify and draw attention to the names in big type, in my view. And there is an easy alternative: Call them by their city names. In the case of the Chiefs, just say Kansas City in headlines.

There will always be journalistic exceptions, such as if a team considers changing its name or an opinion columnist wants to make a point about a name.

The style committee, which rules on issues such as “Kyiv” over “Kiev,” has ruled in the past that it is key to ask Indigenous and Inuit people how they want to be described. The same goes for racialized or LGBTQ people. Canadian group Journalists for Human Rights has put out a guide for journalists that also makes this point.

I asked two Indigenous people – one a journalism research professor, the other a former CBC and CTV journalist – their views.

John Kelly, who is Haida and an adjunct research professor in journalism at Carleton University, said it is not so much the word, but what it demonstrates: a lack of respect.

These teams have nothing to do with Indigenous culture, and it is demeaning to use such terms that way, Prof. Kelly said. He added that it is always important to ask people how they want to be described – and I couldn’t agree more.

Sheila North, a former grand chief of the Manitoba Keewatinowi Okimakanak (MKO) and a former CBC and CTV journalist, said that the Indigenous community is very diverse and many are big sports fans.

Some people feel it’s not offensive, that the naming represents the strength of Indigenous cultures, while others feel it reinforces negative stereotypes and does not take the culture seriously.

But ultimately, she said, people will get over a name change of a team that divides its fans. Ms. North said the media can play an important leadership role by showing that these names are not acceptable and by avoiding their use, especially in headlines.

How we use language must be constantly reviewed and updated, and this is no different than using “they” as a preferred pronoun for transgender people.

A few readers said they were confused by the use of that pronoun in last weekend’s personal essay by author Heather O’Neill, who wrote about her mother finding a new life beyond the gender binary and changing their name to Abraham.

This essay reinforced the need for the pronoun “they.”

Another reader wondered why we called one couple “common-law” and the other “partners.” Like her, I prefer partner and find common-law old-fashioned, but in these cases, it is best to let people describe their own relationship.

Basically the same rule should apply in all circumstances: Be respectful when describing people, listen to their preferences and remember that language is constantly evolving.

Opinion
Why does the Indigenous rate of incarceration only grow?
January 24, 2020 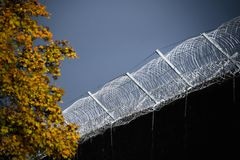 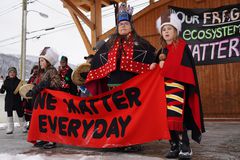 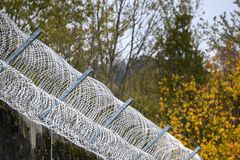