This month, many readers have pressed for more vaccine coverage: Why were vaccines delayed? How many doses will we get and when? Who will get them in each province and territory? How do we compare with other countries? Will the shots work on all variants?

Seeing the U.S., the U.K. and Israel jump ahead, readers have expressed annoyance with a lack of transparency from our elected representatives. News outlets are publishing as much information on the number of vaccines as can be ferreted out, but the frustration with the rollout and lack of clear answers is shared by journalists as well. I’m heartened to see journalists from competing outlets use their follow-up questions to keep pressing for real answers, not just repeated talking points. It’s hard to get details in a country whose governments have a tradition of not being transparent, and which has a complex health system that is anything but centralized.

Even as we see some details emerging this week and a much more robust dashboard online showing vaccine stats, many questions remain – such as, why are some provinces behind others?

On the front page this month, we ran a pointer to an editorial that echoed a frustration with the rollout, and some readers were quick to object. Two days before, the main headline on a front-page story said: “Canada’s death toll tops 20,000.” The following day, we had “Britain heads vaccination charge.” Then the third day there was an excerpt from the editorial at the top of the front page, saying this: “The country’s early vaccine rollout is collapsing. Justin Trudeau’s announcement about possible domestic production, in some very far distant future, is nothing but a distraction.” Underneath, in block bold type, was the word “Editorial,” with the page number.

Below the editorial were two news stories: “Canada to start domestic production months after vaccine deadline” and a story on emerging variants in Alberta.

Some complained that The Globe overstepped and used the front page to express a view. Others called it partisan, a slam against the Prime Minister or a constant negative drumbeat about the vaccine. But as a labelled opinion, it was fair to say that the rollout was collapsing (owing to supply shortages) and that domestic production of vaccines that would happen well after, in theory at least, all are vaccinated, does not answer the problems of today.

My view is that the use of opinion articles on the front page should be both sparing and well labelled, which in this case it was. An editorial is a key part of newspaper tradition. It is the voice of the newspaper, not one opinion writer, and a serious space to explore policy and society’s norms. The late Wall Street Journal editor Robert L. Bartley wrote that editorial pages deliver the news of ideas, while other departments of the newspaper deliver the news of events.

“Reading the news has become a form of mental torture. Writing to complain about it seems completely futile at this point,” Marianne Orr said.

Which leads me to the other side of the issue: There is a truism in journalism that when a story is big, you can’t provide enough coverage. But with no movement, especially around vaccines, readers have started to zone out.

So readers may want to know instead about what schools are doing, or about important court rulings or about the impacts of racism.

Readers have also shown they are deeply interested in the stories that may be below the surface that need investigating, such as the ongoing opioid tragedy or the continuing gender pay gap.

Journalists also can’t overlook what governments are doing beyond the pandemic, since some may try to sneak controversial policies through when we are distracted. Now is the time to challenge everything. When I was a political reporter at Queen’s Park, it was important to watch for a major negative news drop after 5 p.m. on a Friday of a long weekend. Our attention is focused on vaccines and the pandemic, but there is much more happening on the economy and the environment, to name just two fields. And there will continue to be questions about mistakes that were made during this time and especially how we failed those living in nursing homes.

The challenge is to look at future questions of economic recovery and our society, post-COVID-19. But we cannot forget we are in the middle of a once-in-a-century public-health crisis and it needs as much light as we can shine on it. 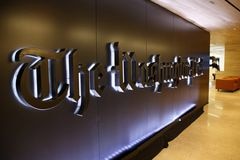 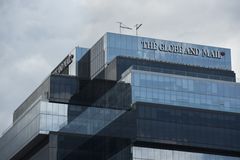 Media outlets shouldn’t have to fight so often for court transparency
November 27, 2020 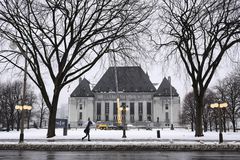