It was a moment in print to make a statement about the terrorism by an Islamophobic, immigrant hating, white supremacist who killed 50 people while at prayer in their mosques in Christchurch, New Zealand.

There were four open pages inside the paper of news and analysis, reaction from the Quebec mosque shooting survivors and the spread of hatred online. But on the front page, it was not the dominant story. A black box at the top said “Darkest Day” and noted 49 dead in the New Zealand shootings. It included pointers to the pages of inside stories.

It was very late Thursday when the news first broke that people had been killed in mosques in New Zealand, but no confirmed number was known and details were scant. Nonetheless, the editors made changes to the Friday paper and got the early details into pickup editions available only in the latest papers coming off the presses in Montreal, Toronto, Calgary and Vancouver near midnight ET.

Online editors updated the story through the night as details emerged and it was some time after 2 a.m. ET that the number killed was known. (It is a number that changed on the weekend when the body of a 50th victim was found.)

The news led the website all day Friday and was dominant on Saturday as well. It continued through the weekend.

The issue with readers was the Saturday front page. Readers are asking why front pages from the Boston Marathon, Orlando and other mass attacks had a larger presence on front. The Saturday paper has more of a magazine front and less of a news cover and these other front pages were weekday editions, but that doesn’t mean the image couldn’t have been from New Zealand.

Coverage of the Quebec City mosque killings by another anti-immigrant Islamophobe dominated the front page for days in 2017. And Montreal reporter Ingrid Peritz profiled the hero of that attack, Aymen Derbali, who risked his life facing the gunman to draw fire away from others.

Her profile of the man who struggles to recover and is paralyzed led to more coverage and more than $400,000 was raised to help Mr. Derbali and his family find a home.

This kind of coverage of the heroes and the lives lost and damaged by senseless hate is very important.

While the New Zealand story was the dominant one in terms of coverage Saturday in the paper and online, the presence was too understated on the front page.

Editor-in-chief David Walmsley responded to a number of readers saying they raised important questions of emphasis that he will continue to consider for the future. “I can assure you the decisions were not attempting to cause offence or minimize. I hope when you consider the totality of our coverage of this massacre you will see we were sensitive and insightful.”

The front page of a newspaper is a moment in history and it can make a strong statement. The horrific attacks against Muslims at prayer could well be a turning point when governments start taking the threat of white supremacy and terrorism more seriously.

Newspapers play a role in raising public awareness and a dominant image of New Zealand would have been a better statement, in my view, than a sketch pointing to a feature on the Finance Minister. 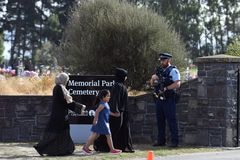 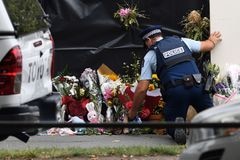 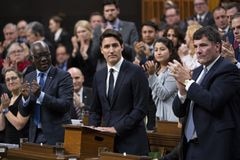