A few readers, graduates of St. Michael’s College, were upset with The Globe and Mail’s coverage of their school these past two weeks. Toronto police are investigating allegations of assault and sexual assault connected to the Catholic boys' school after receiving multiple videos, and six students have been arrested.

These graduates aren’t denying the news or the need for coverage, but they felt it was unfair to suggest that incidents such as these have been rooted in the school’s culture for years. Their complaints centred on a personal essay published last weekend by writer Bill Dunphy, who attended the private Catholic boys' school 50 years ago. He related several instances of teachers smashing textbooks on students’ heads and a good-natured punch in the stomach by another teacher, and said he was not surprised to hear the news. “Violence – more usually codified and abstracted and played out on the rink or gridiron – was a routine part of life at St. Mike’s.”

One reader who complained said that if anything like that happened when he was there, he would have known. Another said at no point during his time at St. Mike’s did teachers hit or abuse students. “St. Mike’s is an institution built on camaraderie and unity. … For the author to state that he is confident things have not changed because St. Michael’s is rooted in tradition … is lacking factual evidence.”

Mr. Dunphy’s piece was very clearly a personal essay, detailing his recollections of his time at the school, as well as his opinion of what should be addressed. And no doubt these other graduates had different experiences. We all live in our own bubbles and often don’t know what is happening to friends and colleagues, and Mr. Dunphy’s experience was from 50 years ago. But in order to go beyond the news story and understand how this might happen, we need to look at the culture at this school and others.

Mr. Dunphy suggests a push to win at sports in all male environments can become toxic. Although he loved his time at the school, he feared that the culture he experienced 50 years ago persisted: “mostly, it’s because of one simple, horrifying telltale: the silence. When the school found out about the alleged sexual assault, and the students' happy sharing of a video on social media, St. Mike’s apparently swept it under the rug. They didn’t call the police immediately. No teen who received the video called the police. No parent called the police.”

His observations speak to reporting on the #MeToo movement where journalists shone a light on industries, companies and organizations where women were bullied, sexually harassed and worse over many years, but expected to stay quiet. When those stories first broke, some also said nothing like that happened to them, but as time went on and more people spoke out, it become obvious it was a wider issue. And thanks to that coverage and open discussion, many companies took a hard look at their culture and took action.

Another reader wondered why we kept comments closed on the story. Comments were closed for legal reasons because the case was under police investigation.

But this reader’s call for open comments and continuing coverage were heartfelt. “I am the father of two young boys – toddlers. I would not want them to grow up to be either victim or perpetrator to such destructive events as are being reported. I would rather they exhibit good character, step-in early, and prevent the assaults.

"If ever there is a time to allow select moderated comments reflecting the general community’s disapproval of such conduct, perhaps it is now. The perpetrators, and society, might benefit from hearing from the larger population that such unsavoury and odious behaviour is unacceptable and shameful.”

He is right that we need to discuss and demonstrate that bullying, hazing or worse to children needs to be a public debate. That includes hearing the experiences from former students such as Mr. Dunphy, but also understanding whether this happened more than once, how common this behaviour is and how to stop it.

Some parents and others were also unhappy to see the media outside the school waiting to talk to the students. Globe reporters did not speak to the students, in part because they didn’t feel there would be much useful information to gather, and because this was a serious criminal matter. In addition, The Globe’s Code of Conduct is clear in telling reporters to take care to respect people’s dignity and feelings when they are emotionally vulnerable or unaccustomed to talking to reporters.

There is still much to be learned about how and why this happened.

Opinion
I went to St. Michael’s College. I’m not surprised by the news
October 3, 2019 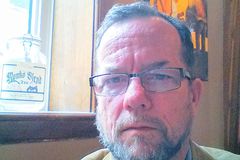