The suburbs have taken a major bashing these last few years.

Could there be anything less fashionable in this age of new urbanism than a subdivision with two-car garages, porch-less homes, and a winding series of driveways that empty onto streets bereft of sidewalks and people?

The new thinking is that we should reconsider our entitlement to 3,000-square-foot houses and big cars, and Toronto documentary maker Gregory Greene explores that topic in his award-winning The End of Suburbia and its follow-up, The Resilient City. Mr. Greene presents The End of Suburbia at New York's BMW Guggenheim Lab in early October. With Vancouver urban issues writer Charles Montgomery representing Canada on the Guggenheim Lab team, the interactive exhibit launched this summer in Manhattan's East Village, with a lot of local press attention. It's devoted to studying all aspects of urban density – and its antithesis, suburban sprawl, as part of a mobile lab that will travel to nine major cities in six years. It leaves Manhattan on Oct. 16 and travels to Berlin, then Mumbai.

Mr. Greene's films look at the rising costs of fuel and the impact that cost will have on living far from urban centres, as well as the growing potential for shocks to the system, what with major population growth.

He says that if the suburbs are to survive, they will need to run as self-sufficient communities with excellent transit, instead of the old car-dependent subdivision.

And if the U.S. example is any indication, the era of the old-fashioned, entitled suburban lifestyle is coming to a close. We've already heard the news reports of suburban spots like Windy Ridge, in North Carolina, and Franklin Reserve, in California, sitting half empty and susceptible to looting.

Mr. Greene believes certain Canadian suburbs could also turn into ghost towns, especially those without decent transit, which would be made vulnerable by their dependence on the car. Monster homes, too, will become too expensive to heat.

"People will go, 'Well, last winter it cost me $1,000 to heat my home. This winter it's going to be $3,500 … I don't want that.' I think a lot of those homes are just going to lose their value because it's really hard to heat a house that is stupidly big."

And yet, despite the high price of fuel, the Canadian suburbs appear to be thriving.

"The suburbs in Canada are definitely thriving," says Mr. Greene. "But Canadians are at record levels of debt … The possibility of a recession could really affect the suburbs because people would want those transit options, and they are going to be moving away from large-scale housing that they saw as an entitlement to middle-class living."

A new HGTV Canada show that capitalizes on the very topic, Urban Suburban, premiered Wednesday. The show, produced by Vancouver's Force Four Productions, involves homebuyers choosing between the big life in the 'burbs, or the contained life in the city.

Life in the 'burbs is still part of the natural evolution for many Canadians says Sarah Daniels, who co-hosts the show with brother Philip DuMoulin. Both hosts are real-life realtors. Consumers want more space for their dollar as they move along in life, says Ms. Daniels. That means moving further away from the urban core.

A homebuyer might start with a one-bedroom in Yaletown, but once the kids come along, they move out to Delta.

"White Rock is a high-demand area, especially for overseas buyers. They are looking for more value," says Ms. Daniels. "They love the west side and the North Shore, but they are getting more bang for their buck in South Surrey and White Rock. The market for larger homes has gone bananas."

Real estate marketers have already been responding to the demand for suburban change. In South Surrey, the newly launched 12-hectare Morgan Crossing aims to create a village-like atmosphere with housing, walkways, shops and amenities that mean residents don't need to drive elsewhere.

Vikram Vij, Vancouver's internationally acclaimed restaurateur, has announced he will open a restaurant at Morgan Crossing, a sure sign that the former suburb is becoming more cosmopolitan.

"Not everybody is working downtown anymore," adds Ms. Daniels. "With telecommuting, people are much more able to work around their own schedule."

When Canada Lands Company planning director Randy Fasan transformed former military housing in Chilliwack, B.C., into commercial housing, he made sure that at-home business was allowable.

The Chilliwack project, called Garrison Crossing, is an experiment in sustainable design, an effort in "new urbanism" to keep residents from clocking miles on the road and spending more time in their own community. As well, it's an effort to move away from soul-destroying homogeneity of the typical subdivision. The company went to lengths to ensure that their smaller houses would have distinctive, individual designs and include the long-forgotten front porch. They also kept the 60-year-old trees on the 153-acre site.

"In Chilliwack, we needed the support of council and planning staff to overcome engineering standards, which we said they should question," says Mr. Fasan. "We sure didn't want to do them. So they had to deviate from their own standards to allow us to employ new urbanist principles.

"We didn't want to see the parade of double-car garage doors down the street. We have sidewalks on both sides of the street to whatever extent possible. We have as much boulevard edge between curb and sidewalk.

"The neighbourhood I grew up in, people didn't live in houses that were all beige and looked the same, and streets were four cars wide. You could describe your home and someone could find it."

When it's complete, Garrison Crossing will house about 3,500 people, and include 80,000 square feet of commercial space, including space for dental and medical offices, nine acres of park and an aquatic centre.

"You give them park and community centres and shopping and job opportunities close at hand, so that they have the option of really not having to get into their car," says Mr. Fasan.

Mr. Greene says that it's not a matter of everybody up and moving away from their suburban homes, either. They simply need to lobby for better transit and walkability.

A walkable community will be a desirable community in the long-term. Former suburbs such as Mississauga, Scarborough, Markham and Surrey, B.C., are sprouting downtown cores. There are condo towers, public transit, and places to walk with ease.

"In the fifties, the premium lifestyle was getting in your car and going from suburb to work zone, and that's shifted," he says. "The premium now is on walkability. Now we're seeing people with money buying properties where they can walk to work.

"Neighbourhoods that don't get really decent transit options are really going to fall in value in the next 10 years." 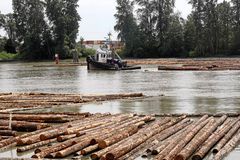