Jaydeen Williams Rabinovitch and her wife were dealing with all the usual pressures of searching for a home, but with an added complication: new mortgage rules taking effect in the new year that could significantly change what kind of place they'll be able to afford.

For Ms. Williams Rabinovitch, who works for a food-sustainability organization aimed at children in Vancouver, the mortgage rules could make the difference between living in the city and having to commute from the suburbs.

"In December, [my wife and I] knew that we may be able to afford a place in Vancouver, where we knew come January, we'd have to go out to [Port Coquitlam] or farther and completely shift our lives," Ms. Williams Rabinovitch said.

"So, that's where our race with time was: We wanted to be close to work, to our friends, to our family and, come January, we just would not qualify for anything even close to home."

They ended up squeezing in before the new rules took effect, buying a townhouse on the east side of Vancouver.

Some realtors and mortgage brokers say they've seen an increase in activity among similar buyers who have rushed to get a mortgage before the end of the month.

The Office of the Superintendent of Financial Institutions, Canada's banking regulator, will require mortgage stress-testing as of Jan. 1 for uninsured mortgages with down payments of 20 per cent or more. The stress test is designed to ensure buyers will be able to afford their mortgages if interest rates rise.

A similar requirement was imposed last year on borrowers with less than 20-per-cent down. Under the new rules, it will be applied to all borrowers.

The test takes the higher of either the borrower's current interest rate plus 2 per cent or the Bank of Canada's five-year benchmark rate and looks at if, with their current income, they will still be able to afford their mortgage at this higher rate.

The industry group Mortgage Professionals Canada claims the new stress-testing requirement could make it nearly impossible for around 50,000 Canadians to buy a home each year.

Pete Shpak, a Vancouver realtor, said he has definitely seen an upward trend in people looking to buy, specifically in the "one-bedroom entry-level market."

He said he sees a fear of reduced buying power in some of his clients with the implementation of the stress test.

"I think a lot of people are rushing to get in," Mr. Shpak said.

Sunny Lee, a Vancouver realtor, said that under the new rules, mortgage affordability could decrease by 15 per cent to 20 per cent.

Vancouver mortgage broker Jessi Johnson said that although he has seen some worried clients jumping to buy before the rules change, he thinks the new mortgage rules are for the best.

"It's basically forced financial babysitting," he said. "But it forces people to be approved in the event that a rate goes up by approximately 2 per cent, which is highly possible in the next five years."

Like many brokers and real estate agents, Mr. Johnson said he has seen a rise in the number of people looking to lock down a mortgage contract before the new year.

However, brokers and realtors recognize that there are other factors at play and that these worries are most prominent in certain groups of people.

Jill Oudil, president of the Real Estate Board of Greater Vancouver, said there has been a "slight increase" in activity linked to the new rules.

"But we're not seeing a huge increase," she said. "So, I suppose it's people that are fitting into the specific category – a category where the new stress test might affect their ability" to buy a home in a certain price range.

Shae Cameron, who works in first aid and craft services in the film industry, is trying to sell her current home and buy a new one before Jan. 1.

"If my home sells before Dec. 31, I will have the maximum that someone will want [in order] to buy in this market, because I think the market will change in January and if I don't purchase before the end of the year, then I see myself having less to spend next year," Ms. Cameron said.

Matthew Ellis, a computer systems administrator at the University of British Columbia and father of two, said he wants to renew his mortgage before the new rules come into force. He said he feels unsure as to what the ramifications could be for him and his family if he is unable to do so.

"When it comes to financial stuff, it's always slightly scary. So, I thought if I can get it sorted before [Jan. 1] that would be great," he said. 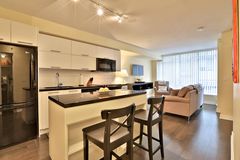 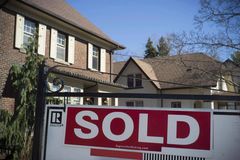 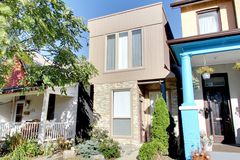