Visual artists see potential before the rest of us. They look past the decay and work required to make a neighbourhood habitable and just go with it. A few decades later, the rest of the city agrees and claims the area.

While architects are also artists, they don’t have the same influence. Often, they try to tell us when a building is worth saving for future generations–if only we’d look past the rough edges–but we rarely listen.

Such is the case with Davisville Junior Public School/Spectrum Alternative Senior School on Millwood Road near Yonge Street and Davisville Avenue. It sits on architectural death row while a handful of prominent Toronto architects call for a stay of execution. 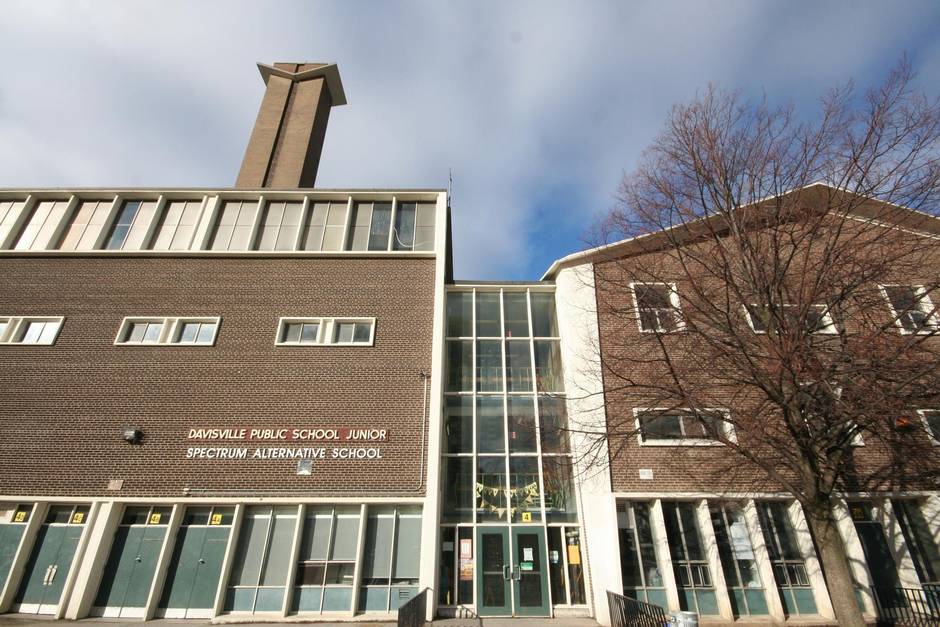 A group of architects is trying to save the Modernist-style Davisville Public School from demolition. (Dave LeBlanc for the Globe and Mail)

Opened in 1962 and once home to the Metropolitan Toronto School for the Deaf, the school is one of a handful of expressive Modernist structures built under then-chief architect for the Toronto Public School Board, Frederick C. Etherington, with principal design by Peter Pennington, a transplanted Mancunian (1930 – 2001) who wielded a painter’s palette and brush as well as a technical pen.

And despite being wrought from solid brick and concrete, the six-building complex boasts shapes that are light and buoyant: roofs thrust up, curl down and fold into zigzags like origami; walls tuck in to form rhythmic colonnades; a flying V shape appears on canopies and the tall chimney; windows stand and flop like playful Tetris blocks; and colourful squares jazz up a roof-deck fence. Inside, sculptural staircases cling to thin spines that connect to floating floors, while shapes that echo the Tetris windows decorate cinderblock walls. 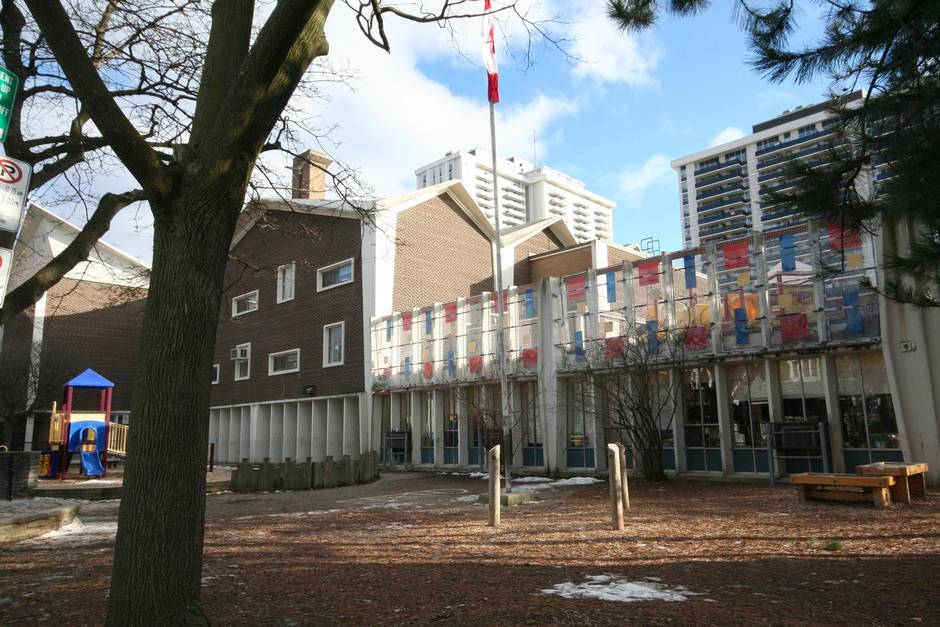 Similarly, Pennington’s crown-shaped Lord Lansdowne (33 Robert St.), and rhythmic Glen Ames (28 Williamson Rd.), are also architectural snapshots of the sparkling, optimistic Space Age. In a September, 1959 Globe article on new schools, Mr. Pennington said that “while it is cheaper to build boxes, it takes a lot more thought to design something that is not a box and still keeps costs under control.”

“You can read the society they came from,” says architect Carol Kleinfeldt, a specialist in courthouses and fire halls. “It’s the society of big fins on cars, of everybody has a house, it’s just that incredible time.”

“Cars don’t last, but we can have the building,” adds architect Kim Storey, who has worked on everything from streetscapes to water treatment plants. 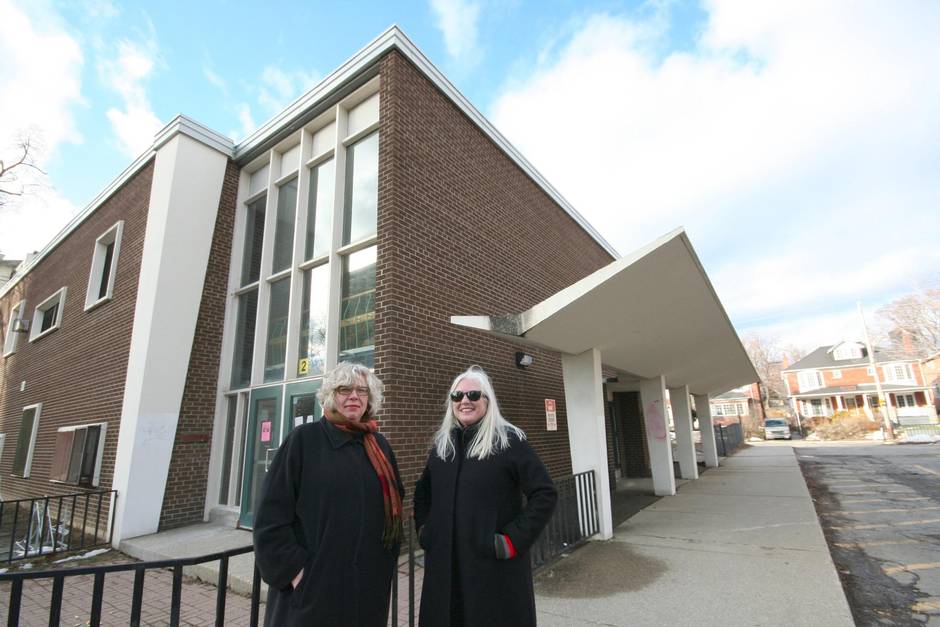 Calling themselves “The Mod Squad,” the two old friends have teamed up with Ms. Kleinfeldt’s partner, Roman Mychajlowycz, heritage architect Catherine Nasmith, green-expert Lloyd Alter, and George Brown College instructors Luigi Ferrara and Monica Contreras to “raise awareness” and ask the TDSB to reconsider what seems to be a “fait accompli.”

In an e-mail, TDSB trustee Shelly Laskin writes that “keeping the [existing] building was never considered” and a new school will be built on the southern portion of the site while a park will sit where the existing building stands. The 1962 building is “inherently not suited to the current needs” of today’s students due to small classrooms (in the portion designed for deaf students), and is in need of a multitude of repairs. On the fixourschools.ca website, Davisville P.S. scores “second worst” on the board’s facility condition index and “may” need over $12-million to bring it up to current standards. 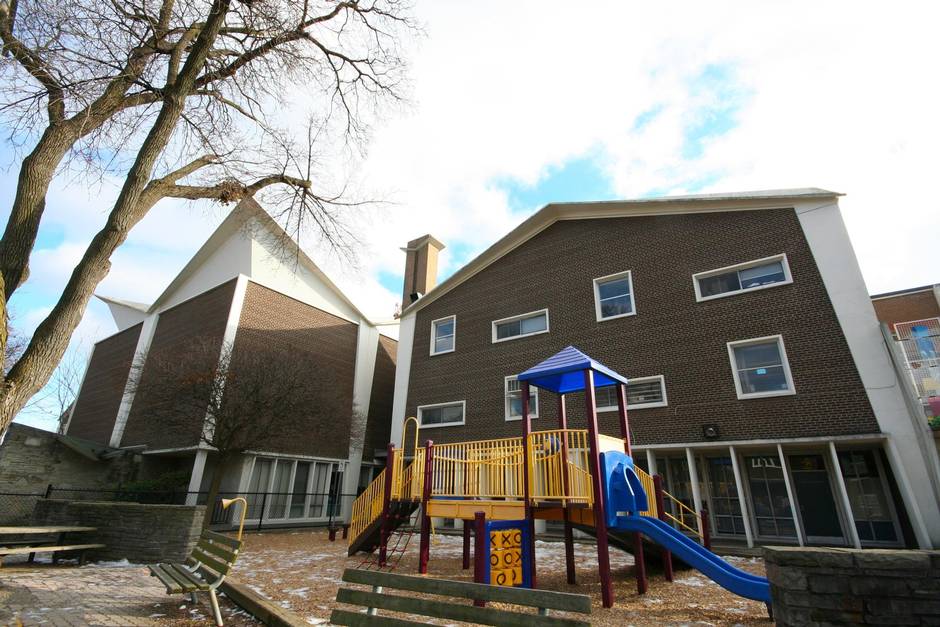 “I don’t believe it,” Ms. Kleinfeldt says about the numbers. “As a professional architect I would not make the same assumptions.” To which Ms. Storey adds: “This is written by people who don’t want to keep the building.” The pair says they could easily find an engineer to write a report suggesting the building is salvageable.

The other bone of contention, they say, is the community consultation process. School closings or demolitions, says Ms. Kleinfeldt, are treated as “a neighbourhood issue … so you get people who have their own personal interest in their own house but not anything outside of that.”

“It’s very much a stage-managed sort of process now,” Ms. Storey says, “and they try to keep it local to contain the number of people who know what’s going on.” 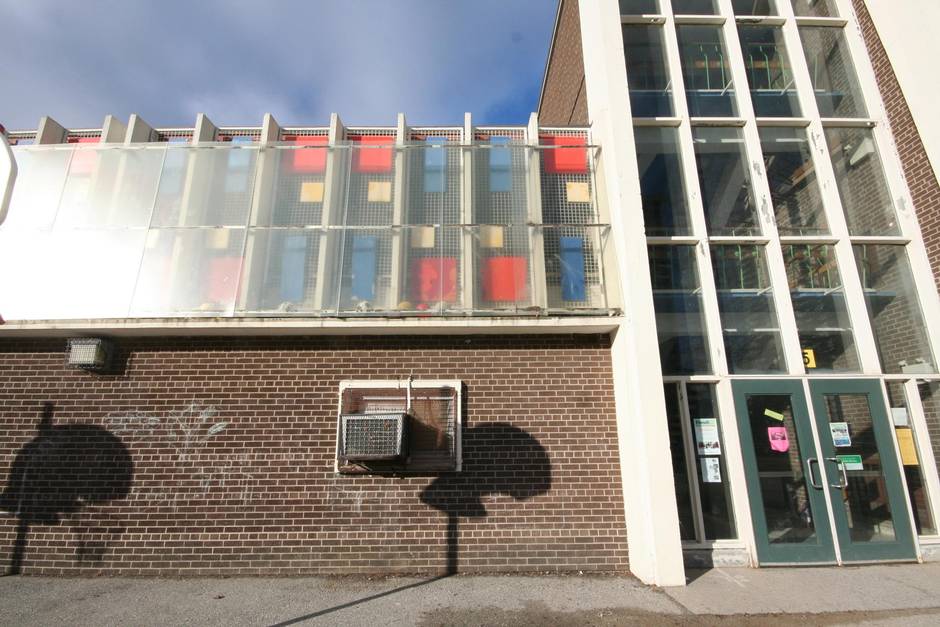 School trustee Shelly Laskin says the school is not suited to the current needs of students in part because of its small classrooms. (Dave LeBlanc for the Globe and Mail)

Despite the TDSB working on redevelopment plans since 2010, the Mod Squad says they learned of the demolition only in November, 2015.

That’s also when the province announced a surprise $14.7-million to the project, which allowed the TDSB to take back the portion of the site offered to private condominium developers that would have raised funds for the new school and a much-needed “community hub.” 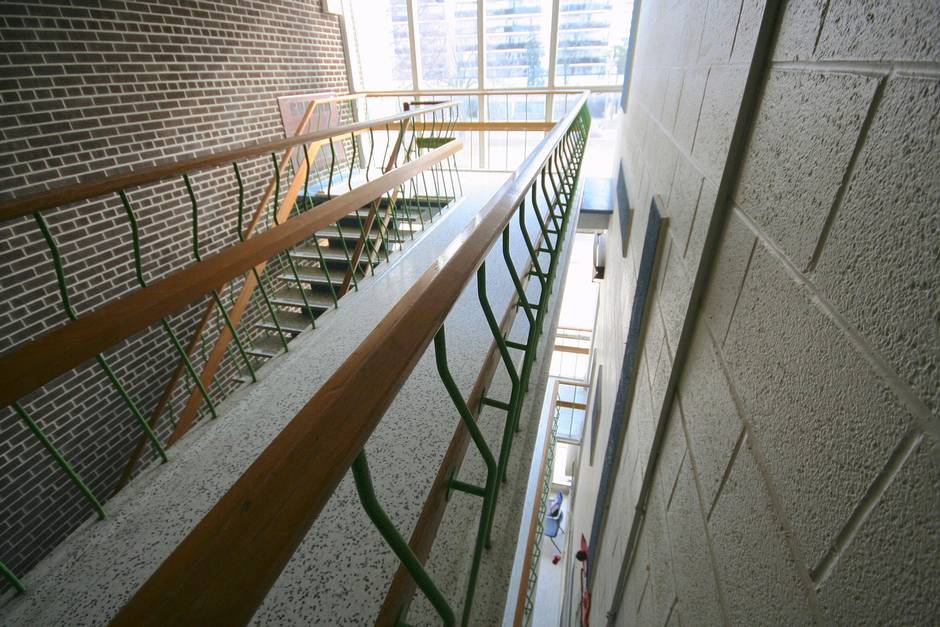 Why not, the Mod Squad asks, keep the mid-rise condo as part of the plan and use the funds to repair the 1962 building? But don’t use it as a school, gut it (except for those glorious staircases) and use it as the community hub. Since the 1962 building reads as distinct “pods,” place large gymnasiums in one (something the TDSB has identified as a need), host an organization such as Artscape in another (already occupying an old school building on Shaw Street), and adult learning in a third.

While green space would be lessened, creative landscaping solutions could offer new public space on Millwood in front of the 1962 building, and a fully green roof on top of the new school and condo (a place to teach children about sustainable architecture). 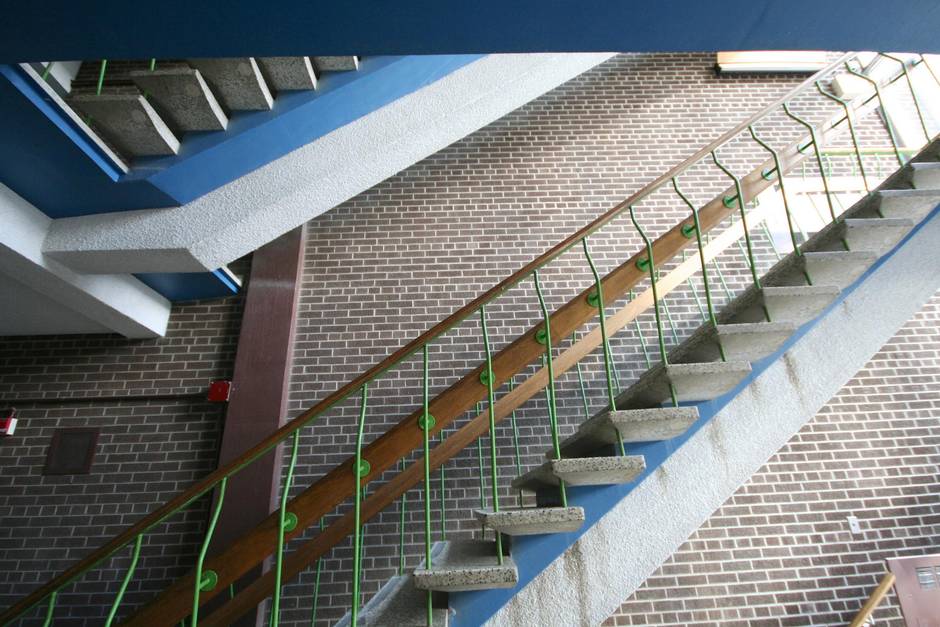 Writing in the Ontario Association of Architects Winter 1994 issue of Perspectives, Luigi Ferrara and Monica Contreras stated: “Of all the projects headed by Etherington and designed by Pennington, this is the most unique.” These schools, they continue, “exemplify the experimentation, vitality and solid achievement of the public sector.”

The Mod Squad isn’t asking the TDSB to reconsider based on sentimentality. They’re asking if, a half-century on, they might consider some experimentation to save a vital piece of our collective architectural heritage. “These buildings are landmarks,” finishes Ms. Storey, “and what they replace them with are not.”